Perfect Mannequins a Turnoff for Some Consumers

Mannequins can’t move or speak, but their long legs, tiny waistlines and perfect busts can sour some shoppers on the products they’re wearing— especially consumers who don’t like the look of their own bodies. 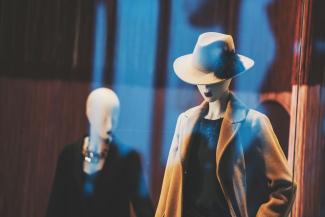 A new UBC Sauder School of Business study found that consumers who have lower self-esteem are far more likely to have a negative reaction to clothing on a mannequin than those with higher self-esteem. The effect was the same for both men and women.

“When that mannequin is an example of perfection, it reminds people who are vulnerable that they don’t cut it,” said UBC Sauder professor and study co-author Darren Dahl. “The problem is the beauty ideal that mannequins represent. When people feel they don’t meet that ideal, their view of the product dims as well.”

For the study, participants were surveyed about their level of “appearance self-esteem.” They then evaluated clothing such as bikinis and dresses on the mannequins.

Interestingly, when researchers knocked a mannequin’s beauty down a notch by marking the face, removing the hair or removing the head entirely, consumers with negative views of their own bodies warmed to the apparel, likely because the figure no longer reflected society’s high beauty ideals.

When researchers boosted participants’ body image through positive affirmations before seeing the mannequins, their negative perceptions of the products diminished. When mannequins modelled less appearance-related items, such as umbrellas, the effect disappeared.

Although mannequins are used across the retail industry worldwide, little was previously known about how they actually affect shopper behaviour. Given the global apparel industry is valued at $3 billion, the study could have profound implications for both consumers and retailers.

“When consumers know what pushes their buttons, it’s empowering,” said Dahl. “It lets people see what the product looks like on a body, but it doesn’t give them the full picture, which seems a little tougher for people to deal with.”

The study, published in the Journal of Consumer Research, was co-authored by University of Alberta marketing professor Jennifer Argo.