Big mergers raise big questions. While some cross-border mergers work out well, many blunder and fail.
As chemical and pharmaceutical giant Bayer prepares to pay $66 billion to acquire Monsanto, an agrochemical biotechnology corporation, the question lingers: will this deal realize its full potential, or will it go the way of Daimler-Chrysler and flounder? In 1998, Germany’s Daimler acquired America’s Chrysler for $36 billion—but the two corporate cultures soon clashed and the promised synergies never materialized. Less than 10 years later, in 2007, Daimler ended up selling Chrysler for a paltry $6 billion.
Werner Antweiler, associate professor in the UBC Sauder School of Business and international trade policy chair, shares his thoughts on the megamerger that has the potential to reshape the world’s food supply. 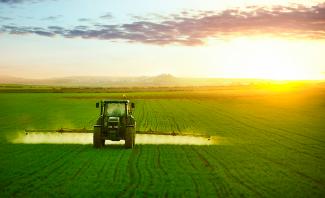 Will Bayer succeed or can this deal still falter?

Corporate mergers are not for the faint of heart. A takeover requires chutzpah and single-mindedness—the willingness to disrupt chains of commands in the acquired business, split units, move units, eject underperforming units, and unify the corporate culture. That is why hostile takeovers tend to perform better: the acquiring firm bites down hard on a nut, chews, swallows, and digests. Friendly takeovers run the risk of drifting into conglomerative indifference.

What is missing in the Bayer-Monsanto deal is the compelling vision of a clear goal that can only be achieved jointly. If Bayer CEO WernerBaumann wants to succeed, he needs to execute his strategy with aplomb and deliver a compelling vision of how the merged entity will transform the future of farming around the globe. To his advantage, Baumann knows Bayer better than some of his CEO predecessors. As a company insider for nearly 20 years with plenty of international experience, he understands the strengths and weaknesses of Bayer like few others. At the helm only since May, this father of four children just got himself a new kid—an unruly but gifted teenager with a reputation of being a bully. Good parenting will be required.

In addition, competition policy watchdogs in several countries, in particular the United States, may conclude that Bayer or Monsanto must divest of some divisions before allowing the merger to proceed. However, in reality there is very little overlap between the two firms, so the deal will likely receive regulatory approval. But opposition continues to ferment against the takeover in other quarters; for instance, Vermont senator Bernie Sanders called the takeover “a threat to all Americans,” while Friends of the Earth called the merger a “marriage made in hell.” Local politicians in Missouri also worry about lost jobs at Monsanto’s headquarters.

Why did Bayer target Monsanto?

Bayer has been on a course of re-organization for more than a decade. In 2005, it spun off its basic chemical division into a new company, Lanxess. That allowed Bayer to focus more on its core business of health care, nutrition and materials. Last year, Bayer further consolidated its operations by spinning off its materials science division into Covestro. While divesting some units, it strengthened others; for instance, in 2014, Bayer bought Merck’s consumer health business in the United States. Acquiring Monsanto continues Bayer’s repositioning.

What made Monsanto particularly appealing to Bayer is its deep and complementary research and development capability and patent pipeline in crop science. Combining crop traits (Monsanto’s strength) with crop protection (Bayer’s strength) makes a lot of business sense. Even more enticing to Bayer is Monsanto’s digital farming platform. The next generation of farming will require customizing solutions to local circumstances.

Will this merger create value for Bayer shareholders?

At $66 billion, Bayer is paying a 44% premium over Monsanto’s share price before the merger announcement in May, making it a big gamble for Bayer. In order to unlock such massive gains in value, the merged corporation needs to find significant synergies, scale economies and other efficiencies. Perhaps Monsanto’s tarnished brand image has depressed the company’s market value and Bayer can unlock this hidden value—but if not, Bayer will have paid far more than Monsanto is worth.

Bayer is also financing the merger through a debt issue—a departure from its previous conservative approach, and a move that could prompt a downgrade in its credit rating. Tellingly, the debt financing avoids taking the deal directly to Bayer shareholders, who might have scuttled the deal. Since rumours of talks between Bayer and Monsanto started surfacing a year ago, Bayer’s share price has dropped from €150 to €90—a warning sign that investors are not yet convinced that the merger will succeed.

Will the size of the new Bayer stifle competition?

Bayer and Monsanto have quite different corporate profiles by segment and region. While Bayer’s North American revenue only makes up a quarter of its total, Monsanto’s revenue is predominantly based in the Americas at 82%. And although Bayer’s core segments are fungicides, herbicides and insecticides, Monsanto’s core segment consists of seeds for corn, soybeans and vegetables. The two companies complement one another but the combination of their operations will not lead to market dominance either regionally or in particular market segments. What is more concerning for the competition is that the Bayer-Monsanto merger is part of an increasing wave of mergers.

What does Bayer’s acquisition of Monsanto herald for the global agricultural industry?

The recent wave of mergers in the crop science industry is worrying as it leaves only a handful of companies competing in major market segments. In the United States, Bayer-Monsanto and Dupont-Dow will control three-quarters of the market for corn seeds. Bayer-Monsanto will control a third of the world’s herbicides market, Adama-Syngenta another quarter, and Dupont-Dow another fifth. These three companies will also control two-thirds of the global insecticides markets. Lack of competition is bad news for farmers.

What explains the shake-out in the agri-tech business?

The agricultural products sector has seen rapid consolidation in recent years. Other seed developers have already teamed up: Dow Chemical and DuPont announced a merger in 2015, and ChemChina (Adama) is on track to buy Switzerland’s Syngenta for $43 billion. There is pressure to find efficiencies and cost reductions in the face of sliding crop prices, which have forced producers of seeds and agri-chemicals to slash prices. As the cyclical downturn continues, this shake-out may continue with further mergers. After Monsanto failed to acquire Syngenta, Monsanto itself became a takeover target.

Monsanto was seen as an “evil” corporation by many activists—will Bayer be “Mr. Nice Guy”?

Genetically-modified organisms (GMOs), including crops, are controversial. On one side, GMO crops promise higher productivity to farmers and a more secure food supply for a growing population. On the other hand, unknown long-term consequences of using GMOs have prompted calls by activists to ban them altogether, or at least label them. Monsanto developed a negative image because its marketing tended to be arrogant, and its sales tactics tended to be aggressive. As a result, Monsanto became the target of much protest, ridicule and even hatred.

Bayer’s takeover of Monsanto may provide a fresh start if it fixes Monsanto’s deficiencies in corporate culture. Based in GMO-hostile Europe, Bayer has a good track record for engaging stakeholders and critics. Bayer has been around for more than 150 years and knows a few things about corporate social responsibility that Monsanto doesn’t. For the merger to succeed, Bayer CEO Baumann needs to avoid the mistakes that Daimler CEO Jürgen Schrempp made in 2005. In order to make the new Bayer “Mr. Nice Guy” in the market place, Baumann needs to be “Mr. Bad Guy” in the executive suites in St. Louis, Mo., where Monsanto is headquartered. Even though Monsanto will probably disappear as a brand name, that alone will not be enough to restore trust.