What could Brexit mean for Canada?

The Sauder School of Business turned to global trade expert Professor Keith Head, HSBC Professor in Asian Commerce, ahead of the Brexit vote to discuss what implications the United Kingdom's decision to leave the European Union could have for the Canadian economy. 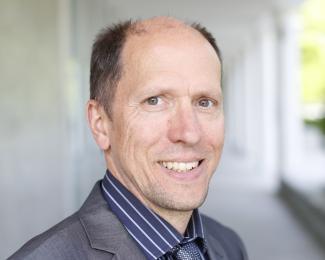 How would Canadian business be impacted by a Brexit?

The UK is our third largest export market; we export four times as much to the UK as we do to the next European destination, Germany. That being said, the UK only represents 3% of our exports.  And our top export to the UK is gold. To my huge surprise it accounts for 59% of all our exports to the UK. It seems very unlikely that the UK would impose high tariffs on Canadian gold following Brexit. Our gold producers can probably rest easy.

Our largest manufactured export is aircraft. With a Brexit, producers like Bombardier could gain some advantage from a more level playing field vis-à-vis European competitors. However, Bombardier’s main competitor is the Brazilian Embraer, and nothing would change their relative positions.

In summary, it’s hard to see much of a positive or negative trade impact for Canada.

President Obama said Britain would be at the back of the queue for a new bilateral trade agreement if Brexit is successful. Why has Trudeau stayed relatively quiet on the issue?

Obama is strongly opposed to Brexit for a variety of (mainly political) reasons. His announcement should probably be interpreted as an attempt to disabuse potential Brexit supporters of the idea they could simply switch from trading freely with Europe to trading freely with the US.

Trudeau probably realises that a similar statement from Canada is more likely to be shrugged off as a not particularly salient reason to remain. Given the limited potential to counter Brexit, he might well have concluded that staying out of the fray was the wiser choice.

It seems possible that in the event of Brexit, Canada could strike a deal with Britain that simply followed the blueprint already negotiated (but not yet enacted) Comprehensive Economic and Trade Agreement (CETA) deal with the European Union. In practice even the most straightforward deals seem to take years to negotiate.

What is your chief concern about Brexit?

I’m not concerned at all that following Brexit the UK would become more protectionist towards the rest of the world. The opposite is more likely to occur.

My main concern about Brexit is the sentiment behind it, a desire to close doors, lessen engagement with the governments and peoples of other countries. I don’t see much sign of these sentiments in Canada. We have reached a level of integration with the US economy that most Canadians seem to be pretty comfortable with. There is no sense that US legislators have any regulatory power over our economy and yet we have strong access to the US market. I suspect a Britain would set their level of engagement with the EU at approximately the current Canada-US level of proximity. The problem would lie in the process of getting to that position from where they are now.