With oil dipping below $30 USD a barrel, Sauder School of Business Associate Professor Werner Antweiler discusses how low prices impact the Canadian economy and offers some predictions for the road ahead. 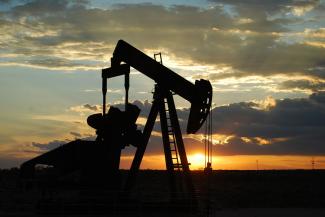 What do low oil prices mean for Canada’s economy?

It’s bad news for Canada’s petroleum sector, as the oil sands are a high-cost oil source. Oil sands producers are able to continue because they are able to cover (barely) their marginal cost of production. But producers are definitely feeling the pain now. Eventually, they will have to start taking capacity offline if prices fall further. What is already clear is that planned expansion projects are on hold.

What does this mean for Canadians?

There’s good news on the employment side. Tourism is doing very well thanks to the low dollar, and more film crews are coming to “Hollywood North.” The low dollar is also good for exporters, and this benefits the manufacturing sectors in Ontario and Quebec. For exports, the weak dollar helps competitiveness, so this may well allow Canadian exporters to recover markets they lost during the phase when the Canadian dollar was overvalued and their exports were less competitive.

Signs suggest oil prices will stay depressed for some time. They were as low as $20 USD a barrel in the 1990s – given that we’re around $30 USD a barrel now, it’s not inconceivable that it could hit that level again. There’s an increasing glut of oil. Just this week we’ve seen sanctions against Iran lifted – that could contribute up to an extra half-million barrels per day. While demand is relatively flat along with economic growth, only a drop in supply can help raise prices.

In the meantime, what can Canada do to bolster its economy?

We are facing a two-part economy, with some areas dependent on manufacturing – and things look promising there – and others dependent on the resource sector. Fine-tuning public policy to help sluggish regions while not over-stimulating prospering regions will be a balancing act. The surge of infrastructure spending promised by the federal government will likely be helpful in restoring some demand.

For resource-dependent regions, the challenge will be to diversify into “value-added” activities around their resource wealth. These regions also have to start saving as insurance against commodity boom-bust cycles. Alberta’s Heritage Fund was woefully underfunded, and much oil wealth was squandered rather than saved in a sovereign wealth fund. Collectively, Canadians need to learn from this lesson. Our natural resource wealth exposes us to cyclical commodity prices. We need to better prepare for such ups and downs.

Prof. Antweiler regularly writes about a wide range of topics including economics, energy, the environment, and public policy on his blog.