How 'McJobs' Pay Off Later in Career Success

When school lets out for the summer, many young students will be facing a tough choice: get a summer job or take on extra studies?
According to Associate Professor Marc-David Seidel of UBC’s Sauder School of Business, any work opportunity — even if it’s a minimum-wage fast-food restaurant gig — pays off in better career outcomes later in life. 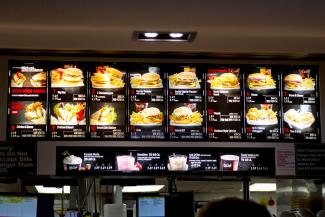 What are the typical summer jobs for students?

To a large extent it’s entry-level, minimum-wage work: everything from fast-food restaurants and cafés to call centres and telemarketing. Some students get placed in their parents’ companies — the classic “I’ll get my daughter a job in the mail room” stereotype. And a few end up with unpaid internship-type jobs that can hopefully align with their career path.

The majority of students who actively search for jobs are successful in securing them. Some have more difficulty than others, but as long as they’re willing to accept an entry-level position, it’s generally available. Some hold out for the ideal career-type job, and they have a harder time, of course.

Can you outline your findings about so-called “McJobs”?

My research, co-authored with students Marjan Houshmand and Dennis G. Ma, found that the more hours teenagers worked, during the summer or part-time during the school year, the better their later job outcomes. They had a higher chance of being employed later in life and of having a higher income. They also had a better fit in their jobs, and better career networking skills later on. They learned all the basic work survival skills that most people learn after they work for a while, and they tended to learn it earlier by working earlier.

Having work experience at a family business actually intensifies the positive effects. Children who work for the family business, to a large extent, get more responsibility than they would somewhere else, and they got exposed to bigger issues. So if parents have a business and have an opportunity to give their child a job, it’s not a bad idea to do so, as long as they treat them as an employee.

What if a student hates their job? In our study, it didn’t matter if the student actually liked their job; it was the number of hours that they worked that was the key to later success. Many weren’t getting jobs that turned into careers — but they learned the responsibilities of work, the norms of turning up for work on time, the consequences if they don’t, and how to work in general. They also figured out what they wanted earlier in life than others did, because they started to have some experiences. They became a little bit pickier, which is why they ended up with jobs that fit better than people who didn’t have that student-job experience.

The core message of the research is that parents have kind of gotten into the model of prepping their kids for the “university track,” taking language and music and other lessons. Those are all great, but parents tend to shy away from letting their kids take on part-time jobs, and in essence they’re “protecting” them from learning some real-life lessons that will benefit them.

Do you have any job-hunting advice to share with students?

We have a lot of research that supports making use of career networks. Mention to friends, neighbours and acquaintances that you’re looking for work. Do informational interviews with them to find out what their jobs are like; sometimes this can lead to them saying, “Hey, we have an opening.”

If you don’t secure a job, it’s perfectly fine to ask for feedback from the organization: “I understand that you don’t have a position for me. What would have made that possible? What was missing in my application? What did I do wrong?” Sometimes just taking that extra step will flip it around, and you might end up with an offer after all. And if it doesn’t result in an offer, you’ll get some feedback that you can use. Even the failures in a job search are opportunities for learning.