Why the Wage Gap Between the Sexes Persists

In terms of gender equality, how much really has changed? Professor Jennifer Berdahl, the Montalbano Professor of Leadership Studies: Gender and Diversity at UBC’s Sauder School of Business, discusses why despite progress in some areas, there remains a persistent wage gap and a dearth of women at the top of the organizational ladder. 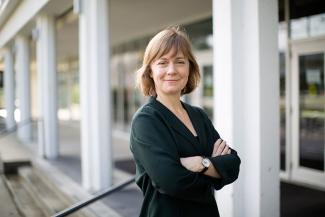 Over the past few decades, the number of households with a woman bringing home the bulk of the income has steadily increased. Two in five families with children now have a woman as the sole or primary breadwinner. The gender gap in childcare is also closing, as men are doing 72 per cent as much childcare as women do. As for education, things are actually flipping as women are earning more bachelor’s, master’s and doctorate degrees than men are. But that might be out of necessity: it takes a bachelor’s degree for a woman to earn as much as a man with a high school diploma – women need another degree to reach parity on wages.

Where has progress stalled?

Progress on eliminating the gender gap in wages has slowed; in the U.S., women are earning 81 per cent of what men earn, which hasn’t changed much in the past 20 years. The labour force also remains quite segregated as many occupations have either very few women or very few men. And as you rise up the organizational ladder in all kinds of fields, men take up the large majority of leadership positions – at the pinnacle of business, 95.4 per cent of Fortune 500 CEOs are men.

Why is change slower in the workplace?

At home, you have a small, dynamic group, but workplace culture is a behemoth of a ship that’s very hard to steer – it’s much more institutionalized, and it takes decades for people to reach the top of their fields. Also, a lot of leaders still have a stay-at-home spouse. They’re out of sync with most of society, but that’s seen as a prerequisite to be an executive – that you need to work extreme hours and have a supporter at home who focuses on your household and family.

Professionals who are perceived to be religiously devoted to work are rewarded. For women, there’s a trade-off between being seen as a “good worker” and a “good woman.” In the workplace, they’re expected to put their job first, but there’s also pressure to fit into gender ideals and put their families first. Successful women often get accused of being bad mothers (or wives/daughters/sisters/friends), but men in similar positions don’t get held to the same personal standards.

What needs to happen?

We need to get rid of the stigma associated with caregiving outside of work. If leaders model more balanced lives, they could signal that it’s okay to spend time with family or put boundaries on work. One problem is that many men do a lot of "covering," where they make it look like all they do is work, perhaps by responding to emails at all hours of the day, while not admitting how much personal and family time they're taking. It's a form of pluralistic ignorance: If they started coming out and saying how they actually spend their time, that could trickle down and improve workplace culture.

There’s a lot that workplaces could do to increase work-life balance. For one thing, allowing more flexible scheduling and letting employees work from home makes that balance a lot easier. Employers actually grant telecommuting requests from men more than those from women. There’s still a stigma associated with requesting it, but employers often don’t trust that women will be focused on work at home, instead of doing household chores. Giving employees schedule control, supervisor support, and trusting them to get their work done -- and measuring their performance rather than their face time -- would do a lot to help all employees as well as to advance women at work.