Insights: Can Ecotourism Boost the Economy in the Philippines?

Whether ecotourism takes off in the Philippines is about a lot more than sunbathing and trekking. It could be a transformative source of revenue in a country with a per-capita GDP of a little more than $3,000. The Asian Institute of Management will host its first Global Network Week starting October 13 with a focus on the topic. To get an overview of what ecotourism means to the country’s economy, we spoke with Professor Fernando Y. Roxas, one of the faculty members slated to teach Global Network students about current developments in ecotourism across the country.

Whether ecotourism takes off in the Philippines is about a lot more than sunbathing and trekking. It could be a transformative source of revenue in a country with a per-capita GDP of a little more than $3,000. The Asian Institute of Management will host its first Global Network Week starting October 13 with a focus on the topic. To get an overview of what ecotourism means to the country’s economy, we spoke with Professor Fernando Y. Roxas, one of the faculty members slated to teach Global Network students about current developments in ecotourism across the country. 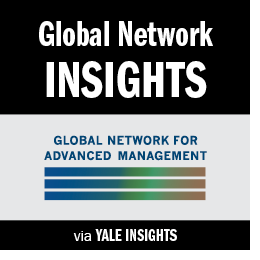 How big a factor is ecotourism in the Philippines today?

Tourism in all its forms has become a very important lynchpin of the strategy for economic growth. Right now, the economy is service-based and it would be great if we could even approach the tourism numbers of some of the other ASEAN countries. Ecotourism seems to be the one form which would require the least infrastructure investment, so in the short term we definitely would like to look at being able to develop a supply chain of ecotourism attractions for visitors. We’re just getting on the bandwagon for ecotourism.

What benefits does ecotourism bring to the economy?

In terms of the economy, we're looking to diversify sources of revenue. Today, the economy is driven really by remittances from OFWs—overseas Filipino workers—and the income derived from the BPO—business process outsourcing—industry. Ecotourism allows us to highlight or to pour some money or revenue into areas of the country which have otherwise been left unattended and untouched.

What are some of the other potential upsides of ecotourism?

First, it does not require the kinds of investments that the traditional tourist infrastructure demands. If you're talking about archipelagoes of 7,000 islands, there's really a lot to offer as far as ecotourism sites are concerned. We see a huge potential, and we think that the development strategies and the natural endowments we have make ecotourism a viable form of tourism the Philippines can concentrate on.

In Palawan, in the west side of the country, we have several sites that have great potential. There are a group of islands where there are some world-class resorts, but there are also a lot of areas that have not yet been commercialized for traditional tourism. There are also many sites in Central Visayas which would offer a lot of attractions to ecotourism enthusiasts.

Besides Palawan there's Bohol where the Chocolate Hills are. They also hold the oldest churches in the Philippines. There are a lot of activities for marine leisure, whale watching, dolphin watching, backpacking, and hiking. So I think there are two areas: Palawan and Central Visayas and some portions in the north of Luzon that are well-positioned for ecotourism.

Are there any potential downsides to ecotourism at this point? Are there cultural sensitivities that could potentially impact this industry?

There are some areas in the Philippines which have some security problems and we're trying to address that politically. We have had a Muslim secessionist problem for so long but we're tackling that. We've looked at options for autonomy for these areas. Of course, the basic required infrastructure as far as travel is not yet there. But overall we feel confident that we will make a dent as far as ecotourism is concerned.

We accept a huge amount of diversity. People in the Philippines are known for their innate hospitality. We accept people for what they are. And on top of that we have a service culture. That's why services, the BPO industry, has made the Philippines a hub of service industries because we are by nature service-oriented.

Are there other factors that could also impact the ecotourism industry as it develops?

Well one of the things that we are hoping would make a huge impact would be economic integration. Right now, the Philippines is not part of that well-configured supply chain: the tourism supply chain that you will see for instance in Mekong countries. Thailand, Laos, Cambodia—all benefit from a stream of tourist arrivals which allows for cross-border travel, and tourists are able to reach many of the sites within these bordering countries. We're not yet there but hopefully the ASEAN integration and the free movement of people and services and capital will allow us to become part of those well-established supply chains.

Is the government providing incentives to push for more ecotourism?

Right now I think government support is still far from optimum. The Department of Tourism is still struggling to come up with a good marketing campaign that would put us in the same level as let's say Thailand or Malaysia or even India. So I think we've got attractions. It's being able to sell that message outside that becomes to me a major challenge right now.

There are some foundations that have made ecotourism their focus. But these are too few and far between. And we're hoping that if indeed we can attract more people into the existing ecotourism sites then the private sector will pay more attention and channel more of their energies into developing more ecotourism spots.

Thinking Ethically in a VUCA World

We use the term “cross-cultural” in our course title to highlight opportunities to explore the influence of local culture on ethical challenges.

Looking at the ‘Dark’ Side of Business