Investor uncertainty plays a key role in economics, affecting asset prices and investment decisions. Getting a useful measure can be important to financial professionals and also government actors, to establish monetary policy. An HEC Paris researcher and two economists of the U.S. Federal Reserve’s Board of Governors found a new way to gauge uncertainty: using data on internet clicks related to specific news. 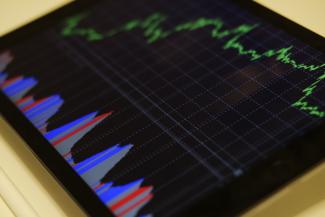 In the wake of the 2008 recession, the U.S. Federal Reserve began slashing interest rates to almost zero to stimulate the economy, and didn’t reverse its course for seven years. At the end of 2015, there was a great deal of speculation in financial markets about what the Fed would do. The economy had been growing, so many investors believed that the central bank would end its stimulus program. Indeed, the November 2015 jobs report confirmed a strengthening in the U.S. labor market and Fed Chair Janet Yellen announced a rate hike in December. But that was not before months of investor unrest and uncertainty.

An understanding of investor uncertainty is important for several reasons. When there is greater uncertainty before a financial announcement, investors have a stronger reaction once the announcement is made. This can have a destabilizing effect on markets, therefore policymakers may want to avoid making aggressive moves in such an environment. In addition, there is evidence that firms cut their investments in uncertain times. And uncertainty also has a relation to the value of financial assets.

We took a unique approach to measuring uncertainty, by examining internet click data, using investor interest in specific information: Every month the U.S. Bureau of Labor Statistics announces the nonfarm payroll data for the previous month (a report on employment in goods, construction and manufacturing companies). Financial professionals use this as a gauge of the labor market, and consequently as a predictor of the Fed’s actions. If there is greater unemployment than expected, the Fed might be expected to cut interest rates, and vice versa.

Nonfarm payroll announcements take place at 8:30 a.m. on the first Friday of every month. Among all macroeconomic announcements, they have the biggest impact on U.S. Treasury bond yields. For this reason, we looked at news searches for nonfarm payroll data information, and how that might relate to Treasury prices.

Bitly Clicks as a Measure of Uncertainty

Bitly is a company that provides short URL links (SURLs) and a readership tracking system. SURLs are abridged versions of internet addresses (URLs). They are often created by journalists or news agencies to disseminate their articles, and then used by journalists and investors to share these articles. Using our data set of 70 million Bitly links created between 2012 and 2018, we measured investors' demand for information by counting clicks by individuals on news articles about nonfarm payroll.

We found that ultimately investor uncertainty and their interest in nonfarm payroll news (and other important macroeconomic announcements) are positively correlated, including, for example, before the 2015 Fed rate hike. In that instance, we saw a strong spike in demand for information before the announcement. One implication is that investors' demand for information ahead of a news announcement is predictive of a stronger reaction of asset prices to news. Bearing this out, in our tests, the volatility of U.S. Treasury yields more than doubled when information demand for nonfarm payroll news was high before news releases.

Importantly, we found that information demand is one of the few ways of predicting the sensitivity of U.S. Treasury yields to news, making Bitly data a potentially useful tool for financial professionals. Google Trends, for example, is a less reliable indicator of investor uncertainty about future interest rates than our measure of information demand.

This article originally appeared on Knowledge@HEC.