In the face of social, environmental, and financial disruptions, more attention is being paid to corporate social responsibility (CSR) policies, and sustainability benchmarks have multiplied. But does a firm's listing in a CSR index really matter to investors? HEC researchers investigated how important inclusion in the leading global CSR benchmark, the Dow Jones Sustainability Index (DJSI) World, is to investors. 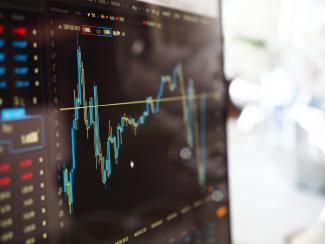 Many firms dedicate considerable resources to increase the prominence of their corporate social responsibility activities and maximize their chances of being included in high-profile sustainability indices. According to a January 31, 2018 Harvard Business Review article, among the world’s 250 largest companies, 92% produced a CSR report in 2015, compared to 64% in 2005. The Fortune Global 500 firms spend about $20 billion a year on CSR activities.

As part of an interdisciplinary team (the S&O Center at HEC Paris) interested in organizational strategy and financial accounting, we feel that understanding the financial implications of a sustainable business model is important to help businesses reach their sustainability goals.

The Effect of the DJSI World Index on Investor Behavior

Every year the DJSI selects firms for membership in a group of leading performers in corporate economic, environmental, and social sustainability, assessing such issues as corporate governance, labor practices, climate change mitigation, and supply chain standards.

The composition of the index changes from year to year, with firms being added, deleted, or maintaining their status on the list.

Previous research has found that a firm’s addition to, continuation on, or deletion from the DJSI had little impact on stock price and trading volume when compared to other firms in the same industry with similar profitability.

Our work confirmed these findings but we went further to investigate the effect of the DJSI on a company’s visibility among analysts and on the percentage of shares held by long-term investors. To do this, we compared firms in the DJSI to other firms that had a strong CSR performance but were not listed on the Dow Jones index. Our “control group” was composed of firms that had a marginal CSR performance difference compared to the DJSI firms, identified using criteria employed by the DJSI.

Grabbing the Attention of Key Stakeholders

Examining the effects of CSR visibility is important, first of all, because of the resources firms devote to these activities. For instance, more and more firms are setting up information systems, issuing CSR reports, and paying external CSR assurance providers to audit CSR information. CSR raters use this information to assess firms’ CSR activities. It is natural to raise the question, therefore, of whether the considerable resources devoted to sustainability index inclusion yield positive market effects, on top  of the intrinsic benefits of CSR activism.

Second, the number and importance of sustainability indices has dramatically increased over time, which calls for an empirical examination of the effects of inclusion in these indices.

In our research, we found that addition to, or continuation on, the DJSI attracts more attention from financial analysts, with more reports being written about these firms. It also leads to an increase in the percentage of shares held by long-term investors, indicative of a trend that professional investors are increasingly paying more attention to CSR-visible firms. Therefore, firms may accrue a benefit from CSR activities and more specifically, inclusion in the DJSI.

We found indications of a trend that professional investors are increasingly paying more attention to CSR-visible firms.

Our research contributes to building a more complete understanding of how CSR engagement, CSR visibility, and sustainability indices matter for organizational strategy and for investors.

As this is an area that is evolving, we feel that further research will be in order in a decade to observe whether the trends revealed in this paper have become the norm. Nonetheless, our research contributes to building a more complete understanding of how CSR engagement, CSR visibility, and sustainability indices matter for organizational strategy and for investors.

Our results concerning the long-terms effects of inclusion in the DJSI indicate that addition to, or continuation on, the DJSI appears to have a positive impact on both a firm’s visibility among financial analysts (up to five more analysts in a decade) as well as the percentage of shares held by long-term investors (shares of, on average, $150 million change hands and go to long-term investors). Depending on a company’s priorities, the cost of CSR activities could bring worthwhile returns in the firm’s visibility to key stakeholders.

We looked at data from a 10-year period, 2005 to 2015, on firms that were added to, continued on, or deleted from the annual DJSI World Index. We then compared these firms to a control group of companies that were similarly rated by another CSR rating agency, Thomson Reuters Asset4, but were not listed on the DJSI. We examined four different outcomes after the publication of a new DJSI: 1) whether the stock price changed over a three-day period; 2) the volume of shares traded over that time window; 3) whether more sell-side financial analysts wrote research about the firms; and 4) the percentage of shares held by long-term investors, such as pension or endowment funds.

Based on an interview with Luc Paugam and Hervé Stolowy and their article “Do Investors Actually Value Sustainability Indices? Replication, Development, and New Evidence on CSR Visibility” (Strategic Management Journal, forthcoming), co-written with Rodolphe Durand.

This article originally appeared on the HEC Paris website.