It’s Time to Be More Picky About Entrepreneurship

There can be no doubt that startups can regenerate economies and create jobs, but it must also be conceded that not every would-be entrepreneur should actually pursue their idea. With unemployment at its worst since 2008, it’s time to try a new approach to selecting and supporting entrepreneurs, Mikael Samuelsson of the University of Cape Town Graduate School of Business argues.

Mikael Samuelsson, Associate Professor in Entrepreneurship at the University of Cape Town Graduate School of Business 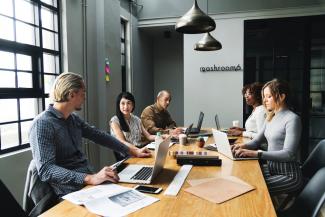 As uncomfortable as it may be, there are some hard truths about entrepreneurship that we are going to have to come to terms with.

Chief among these is that, while many are called into entrepreneurship, not every entrepreneur will succeed in creating wealth and jobs, either through the novel combination of resources, in the form of innovation, or through more effective combinations of supply and demand, which leads to increased competition. That, as statistics from around the world bear out, is incontrovertible.

The failure rate among nascent and early-stage venturing efforts ranges between 50% and 90% over a period of three to five years. That applies as much to entrepreneurs in the developed world as it does to those laboring in developing world contexts.

According to one study in the U.S., as many as 75% of venture capital-backed startups fail—meaning that their businesses collapsed despite having initial funding, vaunted by many as a key determinant for success. Likewise, half of new companies in Europe fail within the first five years, according to a European Commission Report.

The narrative gets even bleaker in some ways in Africa. Even among those businesses that survive, few can support themselves, much less their families. In addition, these businesses have limited or no discernible effect on economic development. There is even—a phenomenon that should not be overlooked—a negative relationship between high levels of nascent necessity-based entrepreneurial activity and economic development as seen across Africa.

Even a dedicated champion of entrepreneurship, the Allan Gray Orbis Foundation—which touts entrepreneurship as a “key to financial stability for youth”—has acknowledged that entrepreneurship in South Africa is not for the faint of heart. Yes, South African startups fare better than their counterparts in other African countries, but the Foundation also points out that a mere 15% of new businesses make the cut, and that, while we “record an impressive number of startups… few of those translate into sustainable jobs.” While SMEs contribute nearly 98.5% of the number of formal firms in the economy, they only account for 28% of the jobs.

The impetus to boost entrepreneurship in South Africa is understandable. Estimates for unemployment stand somewhere between 27% and 29%—depending on which measures you apply—while unemployment among the youth (those aged 15 to 24) is increasingly becoming critical: heading northwards of the 55% mark, according to Statistics South Africa. More than just a waste of human potential, so many unemployed youth is simply a powder keg for any country.

However, nudging the majority of the country into entrepreneurship is clearly ill-advised—in part because necessity entrepreneurship, aka survivalist entrepreneurship, has no lasting impact on either economic development, or on the lives of those who rely on it for a living, be it the entrepreneur, their families, or communities. Ergo, those who turn to entrepreneurship as a last resort against unemployment are least likely to succeed. With limited skills and capacity, most people will fail at considerable personal and economic opportunity cost. Assume, for example, that there are 100,000 new firms all started by one person. Each spends approximately 10 hours a day, five days a week hard at work for three years. That is 300 million productive hours with almost no return.

Perhaps it is time to adopt a different approach. If we accept that only a few will survive and thrive, we should then ask ourselves by what criteria should they be selected? Experience shows that key indicators for success are aspiring entrepreneurs’ resource base, their specific and potentially unique knowledge, whether or not they have adopted a scientific approach to the venturing process, and whether they operate within a multi-disciplinary and trust-based environment.

When businesses are started by entrepreneurs with a little more specific knowledge (meaning they understand their business and their market) with a few more resources and resource networks, a little more skill, a little more capacity to grow or sustain a business, the odds that they will succeed improve.

The benefits of such high-potential entrepreneurs to a country’s economy are two-fold. One, in today’s marketplace where old orders are crumbling, established businesses are in need of innovation and, thus, innovators. Entrepreneurial types with an eye for new products make ideal recruits for such businesses. Secondly, entrepreneurs can, by striking out on their own, challenge established business models and businesses by virtue of the fact that, as true mavericks, they have been encouraged to and are able to innovate. But over and above that, it is entrepreneurs who have the skills, resources, networks, and capacity to grow their businesses quickly who will truly propel economies forward.

Consider the South African banking landscape. One could argue that the high profits and returns on equity reported by South Africa’s big six banks in 2018, amid a sluggish economy, hints at an inefficient market. With little in the way of true competition, for instance, banks can charge high interest rates and fees. Now imagine the possibilities should these banks have viable competition—lower fees, lower interest rates, the diffusion of value and profits over more businesses, and more efficient use of resources. This is what entrepreneurs can bring to an economy.

This imperative presents new challenges and mandates to educators. Education remains a critical factor in entrepreneurship. In just about every South African Report of the Global Entrepreneurship Monitor, the foundational importance of education—both at school and post-school—in a favorable entrepreneurial ecosystem is stressed.

Business schools have a vital, if shifting role to play here. Traditionally business schools have been tasked with training cohorts of line managers who can slot seamlessly into existing businesses without upsetting too many apple carts. Now, in the age of innovation, they are expected to identity and foster non-conformity, to nurture those comfortable with breaking rules and imagining new markets and products.

But if we agree that we need to change our approach to identifying and selecting high-potential entrepreneurs, business schools will have to push their role one step further and be more discerning in who they select for training and nurturing in the first place.

This might be uncomfortable and hard to do, but if we don’t do it, we run the risk of losing out on the opportunity to capitalize on the potential of high-potential entrepreneurs—for it is these individuals who are most likely to make a tangible contribution to value and job creation that will bring true and lasting economic benefits to this country.