The Future of Work is Still Ultimately Human

The development of increasingly sophisticated artificial intelligence raises many questions for employers and employees, but the future of work is ultimately human, says Gong Yaping of HKUST Business School. 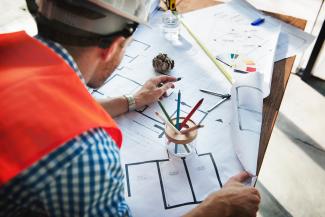 Hardly a day passes without the media referring to buzzwords like Artificial Intelligence (AI), machine learning, or some other 21st-century technology. AI refers to machines that can do things smartly. In machine learning, we let machines access data and learn by themselves. These emerging technologies generate excitement and anxiety, hopes and fears, and will create winners and losers.

Both academics and practitioners are curious about the future of work in a world of AI, machine learning, big data, and digital technology. But predictions about the future are frequently inaccurate and, more often than not, plain wrong. So I will not play the role of fortune-teller. Instead, I will raise potential implications and questions in the area of HR and employment relationships to stimulate further discussion.

What Will Emerging Technologies Mean for Skill and Competency Requirements?

Will AI possess human emotions and emotional intelligence? I believe it does not and will not. AI enthusiasts want to create AI with emotional capability, but so far their success has been very limited. If AI were to take over the future of work, empathy would still be the last area of humanity to remain in the workplace. Human beings are empathic and affectionate, and do not act according to “cold” data and logic only. Research shows that emotions can promote ethical decision-making. AI is limited precisely because of its lack of human emotions.

Research shows that general mental ability or IQ has the greatest predictive validity for job performance. Will emotional intelligence become a key competitive advantage in a future era of AI and robots? Once intellectual skills such as logical and analytical thinking become readily available through AI, emotional competencies will become precious and in demand. Ironically, we may have fewer opportunities to work with real people and thus develop human emotional intelligence, making such human competencies more precious. On the other hand, humans crave affection, social relations, and so on, which are programmed in our genes and unlikely to change. With human needs so complex to understand and satisfy, truly human competencies such as empathy will gain greater value.

Does AI have foresight? Probably not, at least not the type of foresight that cannot be extrapolated from past data. AI does what humans “train” it to do, often only narrow tasks. AI and machine learning operate based on algorithms and historical information. Despite the ability to discover patterns in data, AI is not capable of “imagining” or “seeing” possibilities outside of what’s possible from existing data. Human beings, on the other hand, can predict and eventually create possibilities beyond existing data. Thousands of years ago, Chinese scholars had the foresight to imagine the possibility of flying to the moon, a possibility that historical data and technology at the time did not allow.

Logical thinking and rule-based decision-making will no longer be exclusive to humans because such processes can be written into algorithms, allowing machines to be programed to perform them. Machines do them even better because of their greater processing power. For instance, aided with a vast pool of precedences (cases) and regulations, and powered by superior processing capacity, AI can give better legal advice and do it faster than a lawyer. Creative skills, which do not follow fixed rules and algorithms, will gain prominence in a world of AI. Is AI capable of creativity? Yes, but currently it’s limited. AI works according to algorithms and reinforces the existing patterns of its data. AI may be able to create many things, some of which would appear creative, but it is all formed on the basis of its existing data and nothing beyond. Human creativity, on the other hand, can go beyond historical data and patterns. The limited creativity of AI is actually a result of human creativity: we train AI to “create” based on algorithms and the data we provide them with. Human creativity fashions AI, but it also helps us to “beat” them. In a race against AI, humans must necessarily be one step ahead.

Human brains are complex and poorly understood. AI will not replace truly human skills and competencies unless scientists fully understand how the human brain works and programs machines to do the same. The bigger question is: “should scientists create machines that replicate and even surpass human brains?” We must have a legal and ethical framework in place before we move further along this path. The bottom line should be: We create machines as tools to promote human wellbeing, not as another species to replace humans.

What Does it Mean for Wage Inequity?

The greater importance of creativity also means wage inequity is likely to be greater in an era of AI. We simply cannot make everyone creative. In essence, only 5 percent of ideas are considered creative. We will see a smaller percentage of employees who can perform the fewer but more critical and higher level intellectual tasks. In a competitive market, this means a smaller percentage of employees will grab an ever-larger share, leading to ever-greater income inequality. How do we allocate wealth in a world of AI where significant wealth is generated but tilted toward a few? Market mechanisms, with their imperfections, won’t be sufficiently accurate and are likely to reinforce and enlarge wealth disparity.

What Does it Mean for Employment Relationships?

In a traditional employment relationship, an employee provides physical and/or intellectual labor and the employer provides wages, benefits, and occupational safety to name a few. The rise of digital technology has given rise to digital platforms. Examples include ride-hailing platforms such as Uber and DiDi, which connect drivers with passengers. So far, research has focused on the efficiency and optimization side of these sorts of platforms, not the workers and their well-being. With digital technology passing information in real time and in a transparent manner, it is tempting to conclude that the market will be efficient and therefore maximize the benefits for all parties, including workers.

But is that so?

Certainly, technology-enabled digital platforms provide more opportunities for workers and make for more efficient use of resources. They also challenge traditional concepts of employment relationships, including employee benefits and protection.

One critical question is, “Who is the employer?” Is it the customer? Certainly not. In the case of Uber or DiDi, the customer pays the taxi fare but is not responsible for benefits such as a pension, medical insurance, or worker safety. Is it the platform then? Again, depending on the nature of the specific platform, they may perform quasi-management functions (e.g. recruiting and evaluating workers) to various degrees, often via automated algorithms. The platform makes a profit by charging a fee, but it does not provide the aforementioned benefits, nor protections (e.g. cover workplace injuries) that standard employers do. Neither do these platforms provide any training and development for workers.

Indeed, some platforms explicitly claim they are not employers but a facilitator or venue of communication. Uber or DiDi drivers certainly have a great incentive to work as they are essentially paid by a piece rate. The drivers perhaps enjoy greater freedom than other workers—they can choose to accept or decline an opportunity to make money—but they forfeit benefits and protection, at least in the current stage of development, by working for such companies.

Technology also has implications for power. Platforms often decide who should be given a work opportunity via technology-enabled performance evaluation and closely monitor workers to a sometimes uncomfortable level. Such systems can exert substantial control over workers. Powered by technology, platforms can quickly achieve massive and global scale at a speed that more traditional firms cannot match. This means asymmetric power—in which platforms have much greater power than workers. The question becomes how to balance such power in order to ensure fairness in addition to efficiency?

What Does this Mean for the HR Profession?

Technology can even help HR professionals to play their strategic role more effectively. For instance, aided by AI and big data technology, HR professionals can better identify performance problems and devise solutions. Nevertheless, HR professionals must utilize their deep HR theory and knowledge, empathy, creativity, and imagination to make sound judgment and devise effective solutions. Data needs a human touch in order to be useful. Otherwise, it will be “garbage in, garbage out.”

In summary, empathy is the key to understanding employees’ needs and problems; creativity is the key to devising effective solutions; and AI and big data technology provide the necessary tools. Corporate HR functions will gain increasing prominence precisely because they work with humans and require deep and irreplaceable human skills.

The future is around the corner. Are you ready? Buckle up before the dust settles!