Why It’s Time to Talk about Death and Taxes

While wealth levels in Asia have soared, the levels of philanthropy and large-scale giving have remained relatively low. A significant factor, NUS Professor Sumit Agarwal argues, is Asia’s generally low or non-existent levels of inheritance tax, allowing individuals to pass all or most of their wealth on to their families after their death.

Professor of Finance, Economics, and Real Estate at the National University of Singapore and head of the Department of Finance at NUS Business School 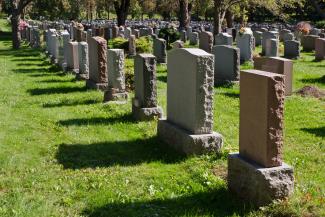 Death and taxes, Benjamin Franklin famously observed, are the only two certainties of life.

Tax is certainly an inevitable, if burdensome, part of life. Likewise in many countries, tax—in the form of inheritance tax—is also an inevitable part of death.

In many countries, that is, but not so much in Asia. With a few exceptions, Asia has some of the lowest rates of inheritance tax in the world.

For a region that has the fastest growing number of so-called “high net worth individuals,” this has some significant implications for levels of giving and philanthropy.

According to the latest Hurun Report Global Rich list, as of 2018 there are 2,694 US dollar billionaires in the world, up by 437 from a year earlier. In other words, over the space of a year, more than one new billionaire has been created every day.

The picture is particularly stark in China, where the number of billionaires jumped from 571 in 2017 to 819, pulling the country well ahead of the United States. Just two years ago China and the U.S. were virtually level, with 534 and 535 billionaires respectively.

Overall, according to Hurun, total wealth held by the world’s super-rich grew by 31% in 2018 to US$10.5 trillion, equivalent to 13.2% of global GDP and almost double the proportion just six years ago. That means an unprecedented block of global wealth lies in the hands of a very few individuals.

Now, it may be a slightly sweeping statement, but it is reasonably safe to say that most billionaires have more than they need to live a comfortable life. With this in mind, many billionaires have signed the “Giving Pledge,” promising to give away half or more of their wealth to charities and social causes. These include, among others, famous tech names such as Bill Gates, Mark Zuckerberg, and Elon Musk.

Certainly there are prominent exceptions, such as India’s Azim Premji and Hong Kong’s Li Ka Shing—two self-made entrepreneurs who have set up well-endowed foundations focusing on education and other social issues. Yet overall, while wealth levels in Asia have soared, the levels of philanthropy and large-scale giving have remained relatively low.

So what might be behind this? Complex economic, social, and cultural factors are doubtless at play. It could be, for example, that in countries that have reached prosperity only recently, or have yet to do so, rich people still have personal memories of poverty and so feel insecure about their own, and their children’s economic well-being.

But a significant factor, I would argue, is Asia’s generally low or non-existent levels of inheritance tax, allowing individuals to pass all or most of their wealth on to their families after their death.

Singapore, Hong Kong, Malaysia, and India have all abolished inheritance tax entirely, whereas China and Indonesia have never had one. Thailand introduced a relatively modest levy in 2016.

Japan and South Korea are notable exceptions, levying an inheritance tax of 50 to 55% on higher value estates. There is on average more giving in Korea and Japan as a result.

Aside from these, however, most of the major Asian economies have chosen to focus on building low-tax regimes in an effort to encourage entrepreneurship and attract investors. In doing so they have foregone the notion of inheritance tax and the inducement this provides for the super rich to share the fruits of their wealth.

In the U.S., where in the 1940s inheritance tax reached 77%, super-rich individuals were incentivized to give in order to fund universities, hospitals, art galleries, and libraries, among other institutions. The Rockefellers and the Gettys are prominent examples that come to mind.

Others have donated to fund research into tackling deadly diseases (e.g., the Bill and Melinda Gates Foundation) or to tackle social problems such as human rights (e.g., Open Society Foundation founded by George Soros).

Some give because they want to become immortal with their legacy. Others do so because they derive personal satisfaction.

As the center of the global economy and wealth shifts to Asia, now should be the time for us to start a conversation about using tax to nurture a greater culture of giving.

Conservatives may argue that by giving to charity, an individual’s descendants would forgo investing in profitable projects that could also benefit society. However, while this might be true, my proposal does not require charitable giving, it merely incentivizes it to reduce the inheritance tax burden. In this case the descendent would still be free to decide to pursue the project from after-tax income or to give to charity themselves.

Indeed this also needn’t mean imposing a major new tax universally, thereby causing a sudden and unnecessary shock to the system. Rates could be in the 20 to 25% range and with a very high initial bar—for example, applying only to estates above $100 million.

In my research at NUS Business School, I have looked at how small incentives can deliver significant changes in behavior. For example, providing incentives for children to win a small prize by encouraging and educating their parents to reduce electricity use has delivered a significant impact on power consumption.

More directly, in the U.S., researchers have found that in 2010—when inheritance tax was repealed for a single year—charitable giving fell by over a third to around $6 billion.

There is no reason to assume that Asia’s wealthy cannot be motivated to give in the same way as their counterparts in other parts of the world do.

The introduction of inheritance tax would help to incentivize or nudge rich individuals to use their wealth to benefit social causes.