Dialog between all stakeholders is essential for understanding and addressing underlying power relations in the South African mining industry. This paves the way for companies to move forward with sustainable and profitable operations.

Brian Ganson, Head of the Africa Centre for Dispute Settlement and Adjunct Associate Professor at UCT Graduate School of Business 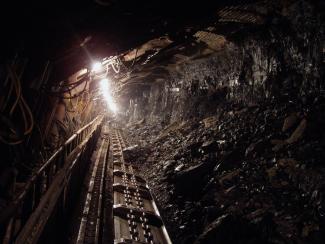 Mining is a fraught business. While the sector contributes to GDP growth and much-needed employment, it is often associated with environmental and social damage, conflict, and violence. Despite the promises of jobs and development driven by Social and Labour Plans and the Mining Charter, a recent study found that eight mining-affected communities in South Africa are instead facing deteriorating health and wellbeing, and that ultimately “the mining industry only benefits a few while condemning mining-affected communities to poverty and violence.”

The violence seen at Marikana and more recently in the Richtersveld is the most visible symptom of underlying and unresolved power struggles in the industry. If left unresolved, deep-rooted tensions and disputes will inevitably lead to conflict.

And company-community conflict is bad for business. It can lead to project delays, or abandonment, decreased productivity and increased costs. A recent McKinsey & Company report found that more than four out of five mining projects come in late and over budget, by an average of 43 percent. Other research documents costs from social conflict to a single mine of more than $20 million per week after operations have started.

There is growing awareness that companies must avoid negative societal impacts and environmental harm as a matter of both risk management and corporate social responsibility—even if many, such as the South African Human Rights Commission, conclude that “the mining sector is riddled with challenges related to land, housing, water, the environment, and an absence of sufficient participation mechanisms and access to information.”

But can they do more than that and become active peace builders in fragile situations? A two-year, case-based learning project that looked at select positive examples of the private sector as a peace-building actor carried out by Collaborative Learning Projects (CDA), the Africa Centre for Dispute Settlement (ACDS) at the University of Stellenbosch Business School, and Peace Research Institute Oslo (PRIO), points out that mining companies have the power to improve operations—and effects on society—not necessarily by changing material conditions on the ground but by contributing to positive changes in power relationships and the institutional arrangements that underlie conflict.

Right now, there is a significant imbalance of power among the different stakeholders in the South African mining industry. This is vividly illustrated by the fact that Cape Town hosted two separate mining indabas in February.

In the same week that this high-profile event drew “the most influential people in African mining” to the Cape Town International Convention Centre, a second mining indaba took place in Woodstock. Here, the 10th Alternative Mining Indaba advocated for “equality and justice where benefits of natural and mining resources are shared equally.” It convened human rights and environmental advocates, community representatives, and faith-based organizations.

This divide of interests and perspectives highlights the misalignment between business, affected communities, and environmental groups and points to the underlying divisions and existing power relationships that repeatedly lead to conflict. More than that, these separate events point to a missed opportunity for all parties to come together to ensure all stakeholders’ agendas are on the table and everyone’s voices heard. Until the underlying power relationships in the industry are addressed, any changes will be superficial and the best-laid plans for much-needed development and investment may be derailed by company-community and other forms of social conflict.

As the McKinsey study points out, “systemic problems need systemic solutions.” And it is best if solution-finding starts early: “The biggest regret of leaders whose projects went wrong is that they waited too long to act and didn’t go far enough when they had a chance.”

Evidence based on decades of conflict prevention and violence reduction efforts points to the need for all stakeholders to engage early on and to collaboratively collect and analyze data to work toward a shared understanding of all parties’ interests; all stakeholders must have a voice in decision-making processes, including issues surrounding regulation, licensing, financing, and operations. It is essential that mechanisms are put in place to manage disputes and that all parties have confidence that the process will be managed fairly and effectively.

An example of effective dialogue to resolve long-standing disputes is the roundtable established in Peru to address conflict at the Tintaya copper mine in 2004. Here facilitated dialog between state, developers, and communities led to the resolution of conflict over expropriated lands, environmental degradation, and human rights abuse—even if later abandonment of the dialog process allowed the situation to lapse back into conflict and violence.

This example shows that corporations hold significant power to shift the status quo, for good or for bad. When they decide to, companies can mobilize their networks and resources to catalyze more positive relations between actors in the context, facilitate constructive action together with other peace-minded actors, and influence decision-makers in questions of conflict and peace.

By bringing together those who are willing to take the risk of working together for positive change, and providing them with the support that they need, even seemingly intractable situations can shift. And the risks for companies and communities can be reduced together in ways that make places that are fragile today less risky places to do business tomorrow.

This will prove especially important in a global economy where commodity prices are low and volatile, and fewer projects are being built. As the McKinsey report points out, with profit margins slim, so is the room for error.