How Retirement Savings Could Finance Infrastructure

A new bond class would invest so-called "super funds" for the public good. 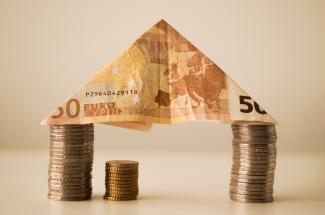 Investing for retirement has always faced a seemingly intractable problem: How to generate reliable cash flows that last for decades with minimal volatility.

Longer life spans and a decade of low interest rates have thrown this challenge into full view. People who spend almost as many years in retirement as they do at work can no longer count on interest and dividends to pay the bills. Share investments may boost returns but run the risk of unpredictability and a lower standard of living.

"Superannuation is a long-term investment. The first contributions are made in people's youth and the last benefits may be payable 80 years later," says Anthony Asher, an actuary and associate professor at UNSW Business School, in a new report.

Asher proposes a solution to this problem and another one – funding an estimated $70 billion yearly to pay for roads, electric systems, transit and other infrastructure.

Super funds already invest $77 billion, or 5% of their assets, in infrastructure, but in Investing Superannuation for the Public Good, Asher calls for super trustees to promote a new class of bonds – Indexed Annuity Bonds (IABs) – to reduce risks and costs for both borrowers and investors in infrastructure.

"I regard the work of actuaries as creating financial security," he says, "and a big chunk of [financial security] is retirement. People should be able to maintain their standard of living with some level of security."

Potential for a shake up

Changing a large portion of the industry is an Olympian challenge, but Asher believes the Royal Commission into Misconduct in the Banking, Superannuation and Financial Services Industry, which has exposed excessive fees and questionable practices, may encourage innovation.

"I do think there is real potential for a shake up," he says.

Asher and co-author Esther Rajadurai, of The McKell Institute, link IABs to ethical investing, which takes into account the environmental, social and governance policies of investments.

During the past five years, for example, the average responsible investments fund investing in Australian shares returned 13% per annum, compared with 11.6% per annum for the broader S&P/ASX300 accumulation index return.

Infrastructure investments and responsible investment share a commitment to the public good. Asher argues that IABs are the best instrument for investing super in infrastructure. These bonds function as term annuities – regular, guaranteed payments during a specific period. Taxes and user fees provide the cash flow.

To protect against cost of living changes, Asher suggests connecting IAB repayments to inflation. Borrowers would benefit from payments that would remain low unless inflation rises. If inflation did occur, borrowers should be able to increase revenues to make the higher payments, he says.

The bonds would not have to track the consumer price index, however, because that measure often does not match the revenue generated by the infrastructure.

Instead, Asher would yoke payments to the price of the funded product or service – highway tolls or electricity prices, as examples. He believes this would reduce borrowers' risk because repayments would be based on revenues.

In exchange for taking on this risk, which would include the possibility of loss if the revenues were to reduce, investors would receive slightly higher returns.

"The main historical example of the use is in sharecropping, which has been going on for millennia, and where the owner of land receives rent not as a fixed dollar amount but as proportion of the crop. It works well to reduce the risk to the actual farmer," Asher says.

Asher's bonds would also hedge against longer lifespans by tying them to a longevity index. If the population measured by the index lived longer than expected, bond payments would be extended.

Bridges, ports, and other infrastructure assets are likely to outlast the terms of the IABs, so governments may be happy to absorb this longevity risk for reduced borrowing costs.

"The yield on IABs should be determined by the market. Some might be guaranteed," Asher says.

"Some would not and the yield would depend on the risk – as with all other investment instruments. I am determinedly agnostic on yields – it is the structure of the product that is superior.''

Russell Mason, a partner of Consulting and national leader of Superannuation Consulting and Advisory Services at Deloitte, welcomes Asher's analysis.

"The longevity issue is something that most funds face," Mason says, "and an investment geared to providing long-term return and linked to members' longevity has a big attraction."

Convincing fund trustees, chief investment officers and other interested parties to explore the concept may be a high hurdle, but Mason notes that super funds have embraced new asset classes, such as private equity, before.

Stephen Anthony, chief economist at Industry Super Australia, questions whether the likely lower returns from IABs would appeal to industry funds, which believe that members get the best mix of risk and return by emphasizing growth in investment portfolios.

"This report, generally speaking, it's very much welcomed," Anthony says. "We just don't see how this is necessarily the best way to achieve optimized returns. The fact that he is setting up ways to find institutional money to direct into these sectors, that's a great thing. I guess the question it raises is, are there better ways to direct this money. I suspect there are."

Asher says he anticipates that borrowers would offer returns high enough to appeal to super investors especially if they can have the added benefit of reduced longevity risk.

Another challenge is that infrastructure projects such as Sydney's Cross City Tunnel prove that no investment is risk-free. Asher believes that diversification would keep this risk in check.

His proposal would not require privatizing public assets. A parliamentary committee investigating privatization found that hasty decisions in the pursuit of profit were a problem. Such controversies suggest that super trustees consult their members before investing in privatized infrastructure or refuse to participate, Asher says.

John Quiggin, an economics professor at the University of Queensland, agrees. "I strongly endorse the view that the investment of superannuation funds in infrastructure should not be tied to the failed policy of privatization. This supports the idea of IABs," he says.

IABs could also finance long-term corporate assets such as property and some machinery. Many Australian firms turn to foreign markets for such funds, possibly because of the interests of financial intermediaries that provide investment and borrowing advice.

They earn significant trading profits, especially from foreign exchange, and do not want to give them up to create an effective Australian bond market. Superannuation trustees could use IABs to fill that gap.

Because IABs are a 'bottom drawer' investment – that is, they would not often require trading and can be relegated to a theoretical bottom drawer – financial firms would be unable to earn significant revenues from them.

That means they also would have little incentive to set up a market for them. A group of super funds would need to take the lead, creating a market for IABs that allowed for transparent pricing and measures of supply and demand.

"I think the most important contribution is the point that the long-term nature of superannuation investments provides a natural matching, in terms of maturity, with long-term asset investments," Quiggin says.

"This is a more convincing rationale for the idea of superannuation as a source of infrastructure investment than I have seen previously."