Will Elon Musk’s Narcissism Be His Downfall? 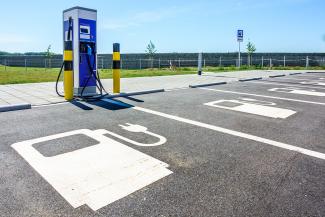 “How would you run a whole economy without oil?”

“If you could convert an entire country to electric cars…you could get a solution.”

If you were thinking that the above comments came from Elon Musk, CEO of Telsa, you would be wrong. Those quotes are from a February 2009 TED Talk by Shai Agassi, then CEO of Better Place.

Agassi, an Israeli citizen, founded Better Place in 2007 with $200 million from enthusiastic investors. His mission was clear: to change the world by creating a new business model for electric vehicles. Just like Musk, he was extremely charismatic and told a compelling story. He started better place essentially as a side project while he was a young executive board member with Germany’s SAP, where he was on a track to become CEO. But Better Place became Agassi’s calling following a conversation with Israeli President Shimon Peres who challenged him: “What is more important than saving your country and saving the world?” He left SAP in March 2007 to commit to this mission with Better Place.

Agassi was fired from Better Place in mid-2012 and the company declared bankruptcy in mid-2013.

So, what went wrong? What can we – and Tesla – learn from Better Place’s story?

It’s possible that Better Place’s failure was more a result of markets, consumers and countries not being ready to support its business model. But it’s hard to overlook Agassi’s personality as the key driver in both Better Place’s rise and its fall.

Sigmund Freud characterized narcissists as especially suited to be leaders and uniquely able to give a fresh stimulus to cultural development – but also prone to damage the established state of affairs. Shai Agassi’s greatest strength, perhaps, was his ability to give such fresh stimulus to cultural development. Others – from engineers to investors to politicians – bought into his story and wanted to change the world with him. An SAP colleague said he’d “never seen someone as skilled as Shai at selling abstract concepts.” An investor dubbed him “the Steve Jobs of clean energy.” Agassi was a natural leader who compelled people to buy into his vision.

The business world has seen the emergence and disappearance of leaders with narcissistic characteristics. Narcissists are risk takers willing to take on enormous challenges. Many of the modern business world’s most successful CEOs exhibit narcissistic characteristics – Jeff Bezos, Bill Gates, Steve Jobs.  These CEOs became phenomenally successful by blending confidence and risk-taking with strategy development and execution. Ultimately, firms have to execute in order to succeed; execution is where Shai Agassi struggled most.

According to Freud, the shadow side of narcissists is being distrustful, emotionally isolated and prone to bouts of rage; they have grand visions for the future, but also outsized belief in their own importance in that future. An executive with Better Place claimed that “by the time [Agassi’s] thought of something, it’s been completed, it’s been achieved.” Unfortunately, business doesn’t work like that. When a narcissistic leader is so convinced of their own importance, they don’t see beyond their own myopic view and their focus becomes about themselves and not about the mission or the business.

And this brings us back to Elon Musk and Tesla. As of August 2018, Tesla is still in business. Its value is over $55 billion; it is worth more than either General Motors or Ford. Just like Better Place in 2007, it has enthusiastic employees and investors. It also has a charismatic – and possibly narcissistic – CEO who is the driving force behind virtually everything the company does. The similarities between Elon Musk and Shai Agassi as CEOs are both striking and concerning.

The list of similarities between Agassi and Musk could go on. And, there are certainly differences between them, so this is not a prediction that the two companies will have the same endings. But this is a warning call. Musk’s vision is brilliant and his conviction is admirable; in fact he is without a doubt one of the greatest entrepreneurs of our era. But Tesla needs to harness Musk’s vision and genius and not let his destructive narcissism determine the company’s future.

Musk’s behavior has become increasingly narcissistic, controlling and concerning of late; when combined with increasing financial losses, a weak board of directors and execution concerns, Tesla needs to ensure that it doesn’t follow Better Place’s path. Many of us know Elon Musk as the founder and CEO of PayPal before it was sold to eBay in 2002; we frequently forget that Musk was fired as CEO in 2000.  Certainly he would rather not see Tesla pursue his mission without him; and certainly Tesla would rather not see him stand in the way of it achieving its mission.