How Will a Trade War Impact the U.S. Economy?

President Trump has imposed a series of tariffs on goods including steel, aluminum, washing machines, and solar panels, prompting other countries to impose their own tariffs and raising tensions with longtime allies. Yale Insights asked the Yale School of Management’s Peter K. Schott, who studies how firms and workers respond to globalization, to assess the current climate. 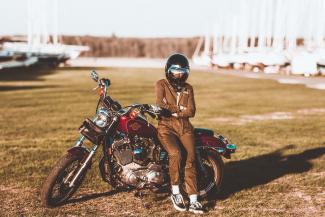 Peter Schott discussed the impact tariffs and a trade war with China in an interview with Yale Insights.

What is a trade war? Are we in one?
A trade war is when countries engage in successive rounds of making it more difficult for foreign suppliers to sell to domestic consumers, for example by raising tariffs. The poster child for trade wars was the period between World War I and World War II. In 1930, the United States passed the Smoot-Hawley Tariff Act, substantially raising U.S. import tariffs on foreign goods.

Given that many tariffs have been announced but not yet, or incompletely, activated, we are not yet in a full-blown trade war. On the other hand, I think it is more likely to heat up than cool down.

Have the recent tariffs—and threats of tariffs—have affected global trade so far?

It is important to keep in mind that uncertainty about whether tariffs will rise can dampen activity even if the tariffs themselves do not change. This relates to a very large literature on investment under uncertainty. For example, firms facing uncertain costs have an option value to wait and see, delaying planned plant expansions. There is anecdotal evidence that these types of reactions are occurring.

Which of the proposed tariffs are most likely to affect the economy?

The import tariffs proposed by the U.S. on steel and aluminum may affect a wide range of firms and industries, given that these basic commodities are inputs into a large number of final goods. These effects may be magnified by tariffs abroad. For example, as recently reported in the New York Times, Harley-Davidson faces higher input prices in the U.S. and higher import tariffs in the EU, which represents about a fifth of its final sales. It is therefore planning to shift some its production overseas so it can export to the EU under lower tariffs.