Industry in the US suffers from intense competition with Chinese imports. Johan Hombert and Adrien Matray show how investment in R&D and innovation is making American products better, different, and more competitive in a globalized world. 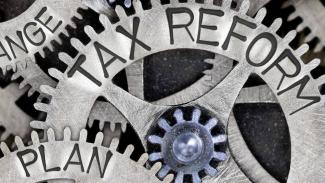 The emanating shockwaves of China’s economic rise go beyond global economic upset. Business in the west has been overwhelmed by competition from China and other emerging economies, with resulting declines in growth, profitability and job cuts. These effects are linked to societal upheaval and political backlash across the US and Europe. This western problem seems hard to solve, but is there a way that countries like the US can compete with Chinese imports?

Is innovation really the answer?

“The US has suffered greatly from the adverse effects of competition from China,” notes Professor of Finance Johan Hombert. “This has led to a decline in industry and a loss of blue collar jobs. Recent political events in the US are thought to be a consequence of this downturn.” The conventional wisdom in response to this dilemma is innovation – innovation is the key to outcompeting foreign imports. Along with co-author Adrien Matray, Hombert pioneered a study that investigates the truth behind this. He notes, “There are firms that have innovated, climbed the quality ladder and differentiated themselves to rise above the competition, but are these the exception or the rule?”

Measuring the impact of innovation on competitiveness

US research and development (R&D) tax credits have been available to industry and manufacturers since the 1980’s. These are specific to each state, with some more or less generous than others. Hombert and Matray saw this situation as an ideal natural laboratory for them to investigate the effect of firm investment in R&D and innovation on competitiveness.

The team looked at the changes made to R&D tax credits in the US over time. In addition, they also investigated how Chinese imports had penetrated the US market.
“We saw that, in states with large tax credits, firms do more R&D,” notes Hombert. “The innovation that ensues is a direct effect of the tax credits available. It is not a result of the firms being better organised, managed or having a more skilled workforce. So, their profitability and ability to compete with Chinese imports can be directly compared with that of firms who are not innovating.”

Hombert and Matray found that US firms that had invested more in R&D outcompeted Chinese imports significantly better than firms that invested less in R&D.  In many cases, when there was an increase in competition from China, innovating US firms were able to completely offset the losses in profitability experienced by their US counterparts who failed to innovate.

“The firms that innovated created products that differentiated themselves from low-cost Chinese products. They were both better and different – so they could compete successfully.” This finding is in keeping with the general school of thought that, to get ahead, firms need to innovate. It also supports the idea that, to stand up against competition from Chinese imports, US products do not have to compete in terms of price. Instead, they must be of higher quality and offer something more.

The duo confirms that innovation by US firms can lead to the creation of products that can contend with Chinese imports – and come out on top – not only because they are better but also because they are different.