The Way Amazon Works: A Game-Changer for Australia

Elizabeth Maitland is an associate professor and AGSM fellow in the school of management at UNSW Business School. Strategy and international business are among her research interests and she has recently been looking at the US electronic commerce and cloud computing giant Amazon, which is set to launch an Australian operation. Maitland spoke with Julian Lorkin for UNSW Business School's BusinessThink. 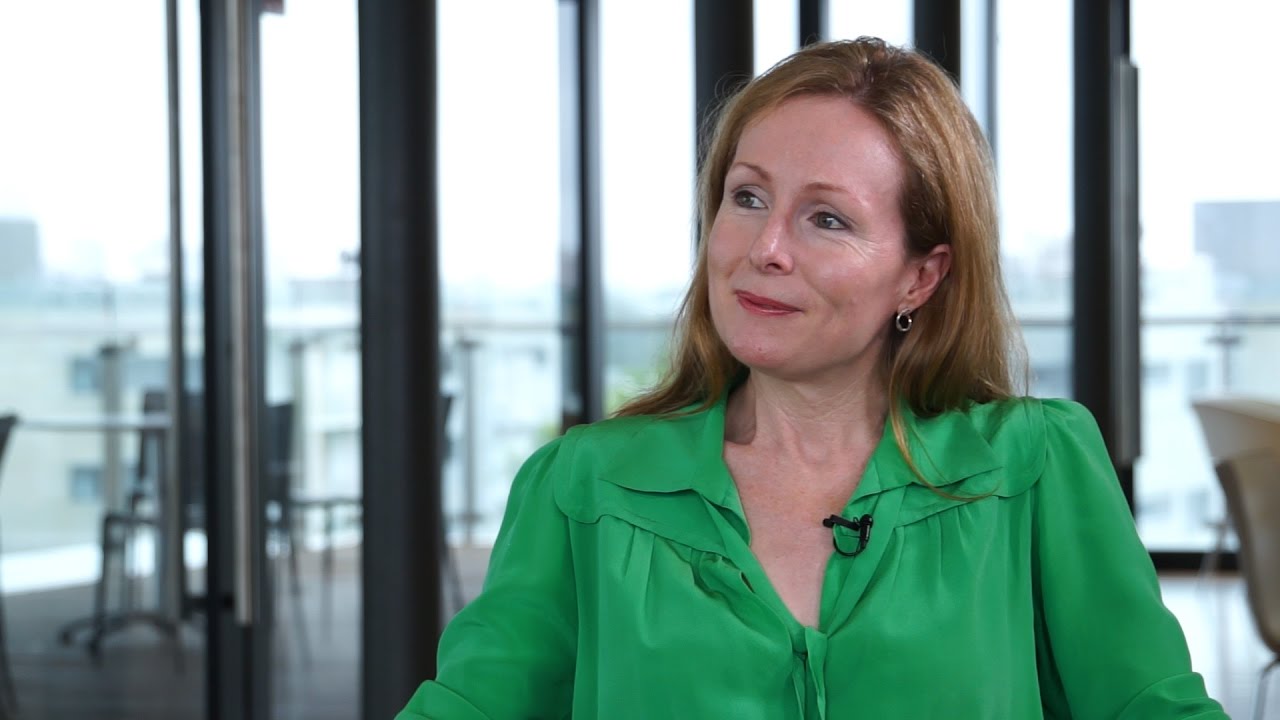 An edited transcript of the conversation follows.

BusinessThink: When we look at Amazon, it seems to be almost a perfect business model. How have they achieved their success?

Maitland: In taking a long time to do it. And in that they've had patience, because when you actually go back and think about where Amazon started, it [began] in the era when using the internet was really, really difficult. It was the old modems that dialled up and made an horrific noise and took forever. And what they were doing was basically taking your book order online and then physically moving that product to you.

So Amazon as a business lost huge amounts of money for a very long period of time and, in fact, they didn't really make a profit in their first 10 years of selling books – and then DVDs, CDs, magazines, and then clothing apparel online. But they knew it was a scale game, that eventually if you build enough awareness in the market, if you build up consumer loyalty, [then those consumers] begin to go to Amazon not just for a book, but  for maybe a T-shirt, or eventually a piece of electronic equipment.

That loyalty starts to translate into enough coverage that you can build warehouses across – initially – America, you can build a logistics system to get that product to them, and then you have enough scale to run down those costs and eventually make money.

The business model of online retailing isn't particularly profitable. So for Amazon the real money isn't in selling things; it certainly isn't getting it to you physically. The real money is in what they've built subsequently. So, to run the online retailing business they built enormous assets in terms of servers, then the ability to manage those starter services, and then the software applications that actually handle it.

By offering other companies those services, that is, data storage and then increasingly the cloud as data storage, and ways to run your software applications for data billing, for accounting, they can charge much healthier margins – it's up to about 155% apparently – and make incredibly large amounts of money on the web services business.

Their online retailing business still runs at about 2% to 3% margin. [But] the web services business makes very healthy profits. And then their Amazon Prime business, which is where you take out an annual subscription and they can video-stream you content, they can sell you online books, and they can sell you a range of online products, that also is believed to be – though it's not entirely clear – much more profitable. So the business model, the online retailing one – well, the margins aren't so great there. But it's the platform by which they've then built web services, Amazon Prime, where the real profitability lies.

BusinessThink: And their IT seems to be top notch. If instead of just thinking, "They're a bookstore that's online", we look at them as an IT company, they really seem to be switched on in terms of working out what you want even before you know it becomes available. They describe themselves as being manically customer-focused. How do they achieve this?

Maitland: They achieve it by being one of a handful of companies that are really what you would think of as essential information platforms. Others would be Google, Facebook, Apple. And what they actually are running on those servers when they collect data on your purchase, they marry it up to your purchasing history, to the information you've given them about you as a consumer – how old you are, whether you buy with a credit card, where you live – and they take that information and combine it with all the other purchases people are making in your country, and then what they're making around the world.

And by constantly analysing that data, they write algorithms that start to say: "People who've bought this in the past go on to buy this type of book, or go on to buy this electronic gadget." And so they profile you. Not a person sitting behind a computer really desperately learning about you, but a computer that's actually writing algorithms and learning how to target you.

There is a problem. It means it keeps narrowing what you see, so it narrows the product choice that you're actually getting. Whereas it looks like it's broadening it, they're actually narrowing it for you. But you like that as a customer, because it stops the cost to search. You don't have to spend ages thinking, "Oh, what do I want? What's going to make me happy?" So, they're really very, very good at learning your tastes, your desires.

And unlike Google, unlike Facebook, Amazon's really interesting because they can fulfil. And so what they can do is close that loop. They not only can show you the product and say, "Would you like to buy this?" They can then get the product to you. Either it's an electronic download, or it's live-streaming, or it's a product they send through the logistics system to your home. And that's quite unique.

BusinessThink: And by focusing on that customer data, it seems that they're really reducing their cost base when it comes to marketing to consumers. Look at Amazon Prime. They launched it by emailing their existing customers, as opposed to Netflix and Stan and the like that had to spend a fortune advertising just to let people know that they were there. Is this the way of the future, that we're going to see almost the end of conventional advertising?

Maitland: I know a lot of marketing companies that wouldn't want to think that. Amazon has an ability to target you, but they've already got a relationship. So, remember that when they send you that email to launch Amazon Prime, it's because you've already got a relationship with them. You've got an Amazon account. It might be for your Kindle, it might be because you've bought product from the online marketplace before. But it's that relationship that's so valuable, because by taking you and then saying, "Become an Amazon Prime customer", what we know is that when someone takes out a Prime membership they buy more. So each time they go online and they browse as a Prime customer, the overall spend is much bigger.

So that's just two things – [first], for each transaction you're spending more with them, but second, if it's a physical product it's cheaper for them to get it to you, because that's still the expensive part of the value chain. It's the costs of packaging and shipping that are really compressing those margins. So the more they can get you to have just one packaging and shipping equation, but a lot more in it, then again their margins get healthier and healthier.

The question about digital marketing I think is really fascinating because then if you think about Uber, they've never advertised. It's all social media-driven. It's via Facebook, or it's via Instagram. They don't have a desire or a need to access you as a potential customer via traditional platforms, and I think if you hold one of those traditional platforms, whether it's traditional television, print media, yes, I'd be extremely worried.

BusinessThink: In terms of GST, Australian retailers Myer and David Jones have been campaigning for a long time to have GST imposed on imports, but it seems almost as if they've shot themselves in the foot because now they've got a giant competitor who's competing online. When are they going to realise that maybe the days of the traditional department store are numbered, and online retailing is the way to go? How is this going to change Australian retailing?

Maitland: We're already seeing Australian retailing change by the entry of the fast fashion companies, such as Zara and H&M. These are big global players which again use scale-based business models. Those companies design product that then gets sold not in a couple of thousand units as it might be in Australia, but hundreds of thousands, if not millions of units spread across the UK, Europe, South Africa, throughout Asia, throughout the Middle East, throughout North America. And they can very quickly shift that product. So if they see that a design trend is not selling – a particular colour of a shirt, or a particular style – they pull it, adjust it, get it through the logistics system in terms of being manufactured, back into the store.

They've already entered the Australian market. It's not clear that they're profitable yet, but they've certainly begun to establish that relationship with Australian customers – the brand loyalty, that they have the product you want, it's of OK enough quality that you're willing to commit to that. So, they've already disrupted the department stores.

I think it's clear the department stores are already in significant trouble. You only have to look at their most recent round of reporting to see that. The big grocery retailers in Australia are going to have to really rethink the way they engage both online with their existing customers, but also how they use those massive physical assets they've got around Australia. Whether it's the warehouses or all the supermarkets, how do [they] use those to get product to Australians in the way that they want them?

And they've been lazy. If you think about online retailing for a Coles or a Woolworths, online is about $800 million, I believe, for a player like Coles. Physical store sales annually, they're about $20 billion. So if you're looking at less than a billion and how you service that versus $20 billion, well, guess what gets the managerial attention? The $20 billion. But which bit is Amazon going to disrupt? It's not really the $800 million – it will probably take that – it's the $20 billion. It's the Australian customers who haven't yet been convinced that their groceries will get to them of the quality they want, in the timeframe they want, at the price that they want.

What do we know about Amazon? Amazon's willing to get it to you at the price you want with the convenience that you want, even if it makes a loss for a very long time. And they will wear those losses against all the other business that are profitable in the Amazon group. That kind of deep pockets, which is what Coles and Woolworths usually use against the small-scale grocery retailers in Australia, is going to be used against them.

And so I think for Australian retailing, the department stores are already in deep trouble from the fast fashion players. I think our grocery players, who also use the alcohol sales, all of those are the ones that are going to be seriously disrupted. Will they respond? Time will tell.