The State of Bitcoin and Blockchain

Bitcoin has been in the headlines since late 2017, as the value of the cryptocurrency shot up—and then sank almost as rapidly. But many financial professionals see greater potential in blockchain, the distributed ledger technology underlying Bitcoin. We asked faculty and experts across the Global Network for Advanced Management about the potential benefits and risks of Bitcoin and blockchain. 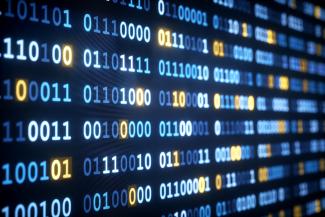 For cryptocurrencies to become mainstream, we need a hybrid approach where blockchain could retain part of the decentralization, but be regulated. The greatest hurdles to implementing this are security and accountability. The current components making up the ecosystem of the cryptocurrencies have very little accountability other than to their own stakeholders. These components are not regulated as tightly as those in the financial system of a country and they are a risk for all stakeholders of cryptocurrencies.

In essence, many previous assumptions we take for granted about the role of centralized institutions are being challenged by the development and spread of distributed trust technologies such as blockchain. Many of the established Silicon Valley success stories like Google, Facebook, Uber, and AirBnB can all be replaced by decentralized forms of distributed trust over time. So the organizations that have traditionally in recent years been thought of as “disrupting” established industries all can now be displaced by distributed trust technologies not owned by a central VC-backed for-profit. It is an exciting time ahead as the technology holds the promise to reduce inequality and share power if implemented with such goals in mind.

Blockchain is much more than Bitcoin or cryptocurrencies. It represents a new way of recording information and processing transactions. The data recorded in a blockchain are tamper-proof and traceable. The block creation process involves distributed processing in a trust-less environment. Hence, it can be used to support any collaborative transactions requiring high availability and integrity. Take financial services as one example. Many banks today perform know-your-customer (KYC) checks individually, which creates many redundant operations when the same customer opens multiple accounts in different banks. KYC implementation using blockchain can eliminate most of these redundant operations. We can share the same customer’s data in a blockchain maintained by a banking consortium without worrying about any participating bank modifying the customer data for its own interest. We can envision the benefits in other applications such as identity management, product certification, supply-chain coordination, and general tracking and goods exchanges.

Germany coined the Industry 4.0 term, so it is perhaps unsurprising that many German and EU businesses have recognized the value of using blockchain for more than just cryptocurrency. For example, in a joint pilot project, the German regional bank LBBW and the automotive leader Daimler executed a debt certificate based on blockchain to reduce administrative costs and duplication of work. Fifteen European insurers and reinsurers, including Aegon, Allianz, Munich Re, Swiss Re, and Zurich, have joined forces under the Blockchain Insurance Industry Initiative (B3i) for similar reasons. Many European energy utilities – like Enel, RWE, and Vattenfall – are backing the Enerchain project to bring peer-to-peer trading to the wholesale energy market.

Indian families living abroad may be able to benefit from Bitcoin, cryptocurrencies, and other blockchain innovations. Prof. Raul Dé at the Indian Institute of Management Bangalore says the technology may make remittance payments faster, cheaper, and more transparent. However, some regulation and streamlining is needed to ensure the technology reaches its peak safety and efficiency.

The need to establish adequate ITF standards in Mexico led the Senate to approve the Law Initiative for the Regulation of Financial Technology Institutions which is currently being reviewed by the Chamber of Deputies. ITFs working with virtual assets must be able to, upon request, issue its customers with the amount of virtual assets of which they are the holder of, or the corresponding amount in the national currency, for the payment received from the transfer of the corresponding virtual assets.

Cryptocurrencies such as Bitcoin are the most popular use cases of blockchain technology; however, the blockchain technology has more use cases that can serve other purposes across diverse industries. Simply put, a blockchain is merely a database that is distributed and decentralised and managed without a central authority but multiple nodes known as miners. Hence, rather than one single point of failure, the distribution of a blockchain on several computers enhances reliability. Described as the next technology revolution since the internet, blockchain technology can be used to address several business and social problems.

Today, Blockchain has many tanglible applications. Best known is Bitcoin. Yet it would be a big mistake to consider that Blockchain is only Bitcoin. Several central banks are already innovating in the field of crypto-currencies (England, Sweden, Estonia). There are applications of Blockchain in the field of virtual registry of properties (several countries in Africa), or in smart contracting (Switzerland). At the minimum, Blockchain is the safest and cheapest alternative to any company’s intranet.

There is really not much of an impact of cryptocurrencies in Turkey yet to speak of. There are some websites that enable trading of Bitcoin, but the actual usage seems limited to a couple of (mostly on line) retailers for the moment. The greatest hurdles, like elsewhere, include lack of regulation, lack of familiarity and of course, the unstable nature of the cryptocurrency itself, which, as it stands, fails to fulfil the most basic functions of money – the medium of exchange and store of value. The regulators, notably the Central Bank of Turkey, are studying the issue, but it will likely take time before a regulatory infrastructure emerges or Turkey follows Japan’s lead in enshrining bitcoin as legal tender.

The concept of the blockchain, or maybe more accurately, the distributed ledger, is an important concept, that will probably lead to other applications, other than just cryptocurrencies, and this was a subject in Davos. But I find that even these applications, while possibly important, don't promise to help us with the biggest economic problems of the day. Rising inequality, enhanced by artificial intelligence and increasing control of information by the top one percent, is a serious problem. All this discussion of Bitcoin has no relation to such a problem, and seems in fact even backwards, promising if anything to reward the top one percent with even more power and invulnerability.