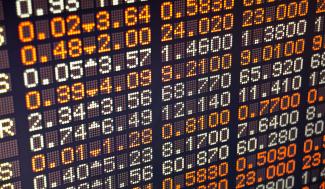 Women have had a pretty bad reputation in global financial markets. As investors, the perception is that they joined the game too late, they saved too little and they invested too conservatively.

But a growing number of surveys and research papers suggest this is a stereotype that is out of date. The reality is that women actually spend more time researching their options than men, are better at matching their investments to their life goals, tend to trade less and when they do, remain calmer during the storms that unnerve male investors on the financial high seas.

So, recent publicity around an NAB (National Australia Bank) report suggesting that women are losing large sums of money because they are too conservative in their investment choices, has raised hackles. Not least because it claims there are anatomical differences in the brains of men and women that influence investment decisions.

Counter-arguments have flooded into the authors of this controversial claim, saying quite the opposite: that biology has nothing to do with it and that behaviour and environmental factors are much more relevant.

Trish Power, a writer of several books on superannuation and investing, believes that women's conservatism can be partly explained by the fact that, historically, women haven't been the ones investing.

"Men earned and invested the money, so it's a fairly recent trend that women are investing. Not only that, but evidence is emerging to show that women investors are actually making more money each year than men," says Power.

Women tend to be more dispassionate than men when investing and trade less, reducing the risk of losses. Studies also show that while men tend to invest with the goal of achieving capital growth, women generally focus more on the income an asset will produce.

One of the most in-depth pieces of research to support the view that women make better investors has come from UNSW Business School where professor Peter Swan has co-authored a paper, The gender face-off: Do female traders come out on top in terms of trading performance?(link is external), with PhD research student Wei Lu, and Joakim Westerholm from the University of Sydney Business School.

The road the academics travelled was a long one, encompassing a 17-year period, and focused on Finland due to the transparency of its financial marketplace. There, every trader is required to have an identity and stock holdings and trade records are public information, resulting in what may be the best data-trading set in the world.

The study matched daily trade by male and female individual investors in Nokia and 27 other major Finnish stocks and found that there was a gain to female investors of €194.17 million ($276.60 million) over the time period, representing a continuous compounded rate of return of 21.44% per annum, rising to 43.16% per annum just for the main stock, Nokia.

Past price movements informed the women's decision-making and they tended to anticipate mis-pricing opportunities such as during the GFC when they perceived (more acutely than men) that too much trading activity was risky and therefore to be avoided – to sit tight and wait.

The research backs up a 2001 study from the University of California called Boys Will Be Boys: Gender, Overconfidence and Common Stock Investment, which showed that women investors outperformed male investors by around one percentage point a year, but this underperformance was due entirely to too much trading by males when trading costs were high and not due to better investment choices by females.

In times of both stock market buoyancy and decline, women have outpaced men. During the boom of 2014, an analysis of 60,000 users of US online investment-sharing platform Openfolio, showed that women investors outperformed men by an average of 0.4%. While in 2015, women avoided the worst effects of a falling market, losing an average of 2.5% compared with a loss of 3.8% among men.

Among professional female traders, the pattern is repeated. In the US, hedge funds managed by women returned 59% since 2007, against average returns of 37%, according to research by HFR, a specialist hedge fund analyst.

So why do females behave the way they do in trading? Swan says that there is a clue that has arisen from the work of neuro-economists who have scanned the brains of people while they are playing electronic trading games.

It is in this area of the brain that women are particularly adept says Swan, enabling them to empathise and pick up cues from people.

"Our findings, in general, are consistent with females making choices quite differently from males and utilising different areas of the brain based on 'theory of the mind' and pattern recognition that enables females to enjoy greater trading intuition.

"There's some evidence that women have an unusual kind of sensitivity and are extremely sceptical of 'pumped' investments when prices are rising rapidly," he adds.

"Women are far more likely to buy when prices have fallen, indicating greater scepticism and contrarian behaviour than males. Hence, men should make a special point of having their spouse review any choices the husbands make," says Swan.

But the fact remains that most women just aren't fired up by the stock market. In the UK, for example, while 51% of women have savings accounts compared with 50% of men, the ratio of male to female customers among the top 10 DIY investment platforms is 68 to 32.

But if evidence about the superior performance of women investors is more widely publicised, Swan hopes it might encourage more women into the stock market and open up more opportunities for those who are trained in finance, to be employed in fund management and to get jobs as traders.

Some researchers believe that the notoriously aggressive world of the financial markets is off-putting for a lot of women.

"As a fund manager, your daily performance is compared to everyone else. That kind of contest might not be very conducive to attracting females, especially as it takes a while for the contrarian choices made by females to outperform. Our study might show that these funds need to set up their trading rooms less like the Wolf of Wall Street model and more conducive to women traders," suggests Swan.

And as for encouraging more women to dabble in the stock market, Australia's most prominent female investment analyst, Giselle Roux at Escala Partners, says the focus should be on creating an environment for women in which they can talk about investment markets in a collegiate manner, "where they don't feel there's some man who's going to look at them and say, 'oh what a stupid question'."