Success Without Strategy: The Xiaomi Paradox

head of the Department of Strategy and Policy NUS Business School 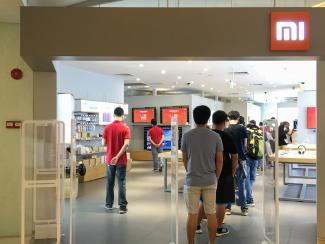 How can a successful company be one without a strategy?

Founded in 2011 Chinese tech firm Xiaomi quickly built a cult-like following among its fans and a reputation as “the Apple of China”.

The firm started with a great idea: Produce iPhone-ish smartphones, distribute them via online channels, and price them to significantly undercut other phones but while earning positive margins for the sale of each device.

The result is that over the past six years Xiaomi has produced some amazing smartphones. But, it does not have a strategy. Instead, it had a philosophy: first get big, then get good.

Three years ago Xiaomi was getting big. It’s sales and market share were climbing steadily, even giving Samsung and Apple a run for their money.

Yet by last year Xiaomi stopped getting big in the smartphone business. It had fallen behind its closest competitors, Chinese homegrown brands Huawei, Vivo and Oppo.

Xiaomi sells around 60 million smartphones annually – still making it one of the world’s leading smartphone makers. It is making inroads into India and the company is estimated to be worth US$45 billion.

It sounds impressive, but with a clear strategy in place it might have achieved a great deal more – the likelihood of a decline would have been less, and the probability of strong growth in the future would be greater. After all, the global smartphone market is showing no signs of slowing.

Haste to get big

So how can Xiaomi develop a strategy to capture a greater market share?

Xiaomi does not have a strategy because it has deviated from these three principles.

Distracted by its initial success in smartphones it has rushed to branch out into a broad range of other tech products from TVs to fitness trackers. Amid this haste to get big, Xiaomi’s leaders failed to clearly identify the markets they intended to target, instead pushing out a series of inferior products that undermined hard-earned brand value.

A market is a defined segment within an overall product category. Mobile phones are not a market and consumer electronics are not a market; rather, markets comprise many segments. In smartphones there are two segments: the first, high quality and strong brand, is dominated by Samsung and Apple; the second, good quality and low price, is dominated by no one and is fiercely competitive.

Xiaomi’s initial insurgence into the mobile phone market came in the latter category which it cracked spectacularly with the release of its Mi One phone. This was a technologically sophisticated product, sold at a very accessible price point – perfect for a price sensitive market, filled with knowledgeable consumers, as China was in the early 2010s.

Xiaomi’s cachet as a new, upstart player heightened its appeal as the must-have device. Word of mouth spread quickly, and many aspiring owners were met with out of stock responses from the company’s online store – at the time, the only way to buy one.

But the good quality, low price segment of the smartphone market is a rough and tumble place. Consumer loyalty is low, competition is aggressive and customers can easily be swayed to the new best thing. To succeed a company needs to have a distinct set of advantages, as reinforced by its functional level activities.

Xiaomi in its early years had some great advantages; among them a lean, novel manufacturing process, good technological expertise, a distribution system that leveraged web-based retailing and its homegrown, made-in-China, roots.

But rather than emphasise and strengthen these advantages, Xiaomi lost its focus. Low cost sellers came to control distribution costs while Xiaomi ramped up expenses by opening its own branded stores, mimicking higher end rivals like Apple and Samsung but risking pricing itself out of its target segment.

For a growing business, a hallmark of a good strategy is focus and priorities, not doing everything a competitor does and certainly not getting big purely for the sake of it.

By opening its own stores and rushing to diversify its product base Xiaomi seems to have become obsessed with living up to its nickname as the Apple of China – even though its capabilities and many of its products failed to meet that standard.

Rather than a focused strategy, Xiaomi’s trajectory resembles a punter placing bets on nearly every number on a roulette wheel. Chance will bring some successes, yet the number of failures means the cumulative result is a net loss.

Even recent success in smartphone sales in India has caught Xioami as much by surprise as everyone else. This owes more to luck than conscious effort and does little to override the signs that Xiaomi has lost the focus it needs to succeed in the highly competitive smartphone segment.

For all these failings Xiaomi is still a great company, with strong technical and design knowhow. But for long term business success it needs a strategy.

All of this begins with a clear prioritisation of what the Xiaomi wants to be.

Xiaomi might still achieve its aspiration to be Asia’s leading tech firm. But increasingly, its lack of focus and its drive to get big without any idea of what benefit that brings could be its undoing.