Why We Seldom Hear of Transgender Employees in Our Workplaces

They're increasingly present in the media and entertainment, but the business world has yet to follow suit, writes LSE's Jonathan Booth. 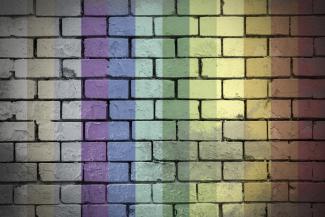 Wall, by josemdelaa, under a CC0 licence

Given advances in the gay, lesbian and bisexual movement over the last several decades, society assumes that the achievement has been similar for the transgender community (those whose gender identity does not correspond to the sex they were assigned at birth). Despite the increasing public presence of transgender (or “trans”) individuals in entertainment and media settings, and growing protective legislation, the world of business and management has not yet followed suit in paying greater attention to the needs of transgender employees.

We propose five main reasons why trans employees may lack a voice:

Due to a lack of voice options, trans individuals are generally unheard and run the risk of feeling silenced and marginalised. And those who are silenced and marginalised generally go unheard. Thus, it is a vicious cycle that unfolds which likely provides insight into the high rates of depression and anxiety in the trans community. With little to no voice available, employers are likely to remain in the dark, not knowing that trans employees exist and/or how to help them.

What can be done?

Governments can provide laws that protect workers from discrimination and unfair dismissal, but as they do not continuously monitor employers, firms should strive to be proactive in implementing direct voice mechanisms for transgender employees. Policy should be in place in advance of hiring a transgender recruit, regardless of whether the employer has knowledge of the applicant’s identity or not. First steps include ensuring that the work environment is inviting for all employees, and that basic amenities are available, such as toilet facilities that respect gender identity. Through a process of induction, training, communications, and internal and external materials, employers can educate and socialise staff to value diversity and appropriate interpersonal interaction. Managers are key in delivering this message to their teams and ensuring that inclusive practices are carried out. Managers must therefore be mindful of their followers, and undertake regular training on how to manage diversity.

Indirect forms of voice, such as unions or employee-management codetermination efforts, should ensure inclusive language is employed across all communications, and transgender issues should be integrated into discussions on the conditions of work. Unions, for example, can provide grievance mechanisms if a trans employee has issues with an organisation or its representation. Unions should also work with employers and governmental agencies to educate the public regarding transgender individuals and their concerns in efforts to promote a better society.

This blog post appeared originally on LSE’s Department of Management blog, and is based on the author’s paper Listen carefully: transgender voices in the workplace, co-authored with Alexandra Beauregard, Lilith Arevshatian and Stephen Whittle, in The International Journal of Human Resources Management, Sep 2016