What Has Ireland Learned from Austerity?

Ireland was one of several European countries to impose austerity measures during the Great Recession, slashing spending and raising taxes to address a fiscal crisis. Does Ireland's subsequent recovery provide evidence for the effectiveness of austerity as a general policy? A new book edited by three University College Dublin faculty members assesses Ireland’s experience and its remaining challenges. 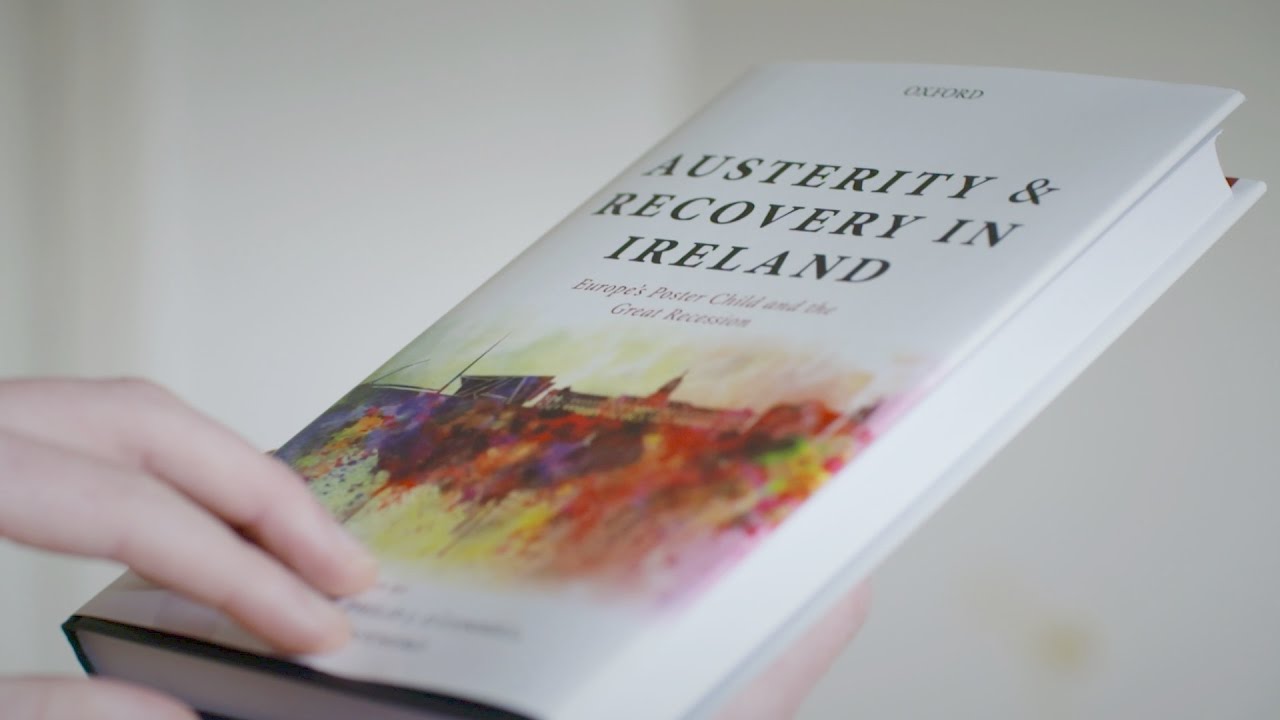 What was the goal of austerity in Ireland? What did it achieve?

Austerity in Ireland mainly took the form of a programme of fiscal consolidation to address the fiscal crisis of the state and it coincided with a series of reforms to reorganize and recapitalize the banking sector. The fiscal consolidation entailed about €20bn in spending cuts and €12bn in tax increases, which together represented about 20% of Irish Gross Domestic Product, thus generating a dramatic contraction of economic activity. The fiscal consolidation programme was implemented over the years 2009-2015, in the midst of which Ireland was subject to the so-called ‘bailout’ by the ECB-EU-IMF between 2010 to 2013. As discussed below, contributors to the book argue that the achievements of the austerity programme were as a result of other factors and not the fiscal consolidation itself. What other contributors also highlight is that the costs of austerity for the Irish people were widespread and felt across all aspects of Irish life. These included both increased unemployment and emigration, as well as increased mental health problems for those who stayed. Culture, took a big hit, both in terms of funding cuts to the arts and in the numbers attending cultural events. There was also considerable deprivation and consistent poverty, with, for example, a quarter of the population lacking two or more necessities in 2012.

What did we learn about the effectiveness of austerity as a general policy?

Ireland’s dramatic recovery from its severe economic crisis has led to the country being regarded as a ‘poster child’ for economic regeneration through fiscal austerity. The Irish case has been widely hailed by EU institutions and certain Irish and European politicians as evidence that the fiscal disciplines and structural changes prescribed by austerity policies could provide the platform for stability and a return to growth and prosperity. Economist, Stephen Kinsella suggests Ireland is best seen however less as a ‘poster child’ than as a ‘beautiful freak’, whose experience of austerity and recovery reflects a very specific set of conditions that differ markedly from other countries forced to avail of bailout supports.

Fiscal consolidation was necessary to address the severe shortfall of revenue from expenditure, but the key driver of economic recovery was the export performance of multinational firms, trading in international markets in major economies that had been least seriously affected by the Great Recession and that had recovered most rapidly. Ireland’s export performance more than offset the serious dampening effects of austerity cutbacks on domestic demand and on Irish businesses. The platform for recovery was in fact built over decades of industrial and economic policy. Other special features were also critical in contributing to stability and recovery. These were not and could not be replicated elsewhere. The main Irish political parties had near consensus on the need for austerity. Public service trade unions contributed to stability by accommodating fiscal retrenchment and accepting significant cuts in pay and employment. This avoided the industrial conflict experienced by other countries implementing austerity cuts. Peaceable industrial relations were maintained across the private sector, where cuts in nominal pay were far from widespread and employers focused on cutting working time and employment.

There is now pressure for higher wages in Ireland. Is there a danger of inflation? Are there other dangers in Ireland's recovery?

Ireland has seen strong growth in GDP since 2013, and this is expected to continue at 3.8%in 2017 and 3.6% in 2018. This has been accompanied by strong employment growth, of about 3% in 2017. Unemployment has fallen and is expected to fall to about 6% by end 2017. Under these circumstances, wages are increasing, albeit at modest rates: average hourly earnings were €22.34 in Quarter 2 2017, an increase of 1.6% over the previous year. In the public sector earnings are at a somewhat faster rate due to a collective bargaining process to restore deep public sector pay cuts during the austerity period. The really pertinent feature of pay bargaining in Ireland in the private sector has been the widespread observance by unions and employers since 2011 of a 2% per annum pay norm, and the occurrence of stable and peaceable industrial relations. There has been some upward drift from this norm in recent years and the future remains uncertain, with Brexit also entering the equation and possibly dampening pay pressure.

You mention that the austerity measures hit young citizens particularly hard. What can be done to help them participate in the recovery?

Employment rates among young people aged 15-24 fell from about 50% of the age-group immediately before the economic crisis to about 27% in 2012. Total employment among young people only began to increase strongly in 2016. The decline in youth employment reflected a closing of the traditional ports of entry to the workforce and the recent growth would suggest some opening up of opportunities. Nevertheless, the employment rate among this group was still only 32.5% at the end of 2016, well below its previous peak. Given that the employment increases have largely been concentrated among those with medium and higher levels of education, there is a continuing danger that poorly qualified young people will continue to face severe difficulties in getting a start in the labour market. This suggests the need to invest both in initial education as well as in second-chance education and vocational training for young people already in the labour market.