What Are the Opportunities for ASEAN?

As Asia takes a dominant role in the world economy, it’s worth looking beyond China and India to understand the region. Taken together, the ASEAN countries of Southeast Asia would be the world’s fifth-largest economy. Curtis Chin ’90 explores the business and development opportunities there. 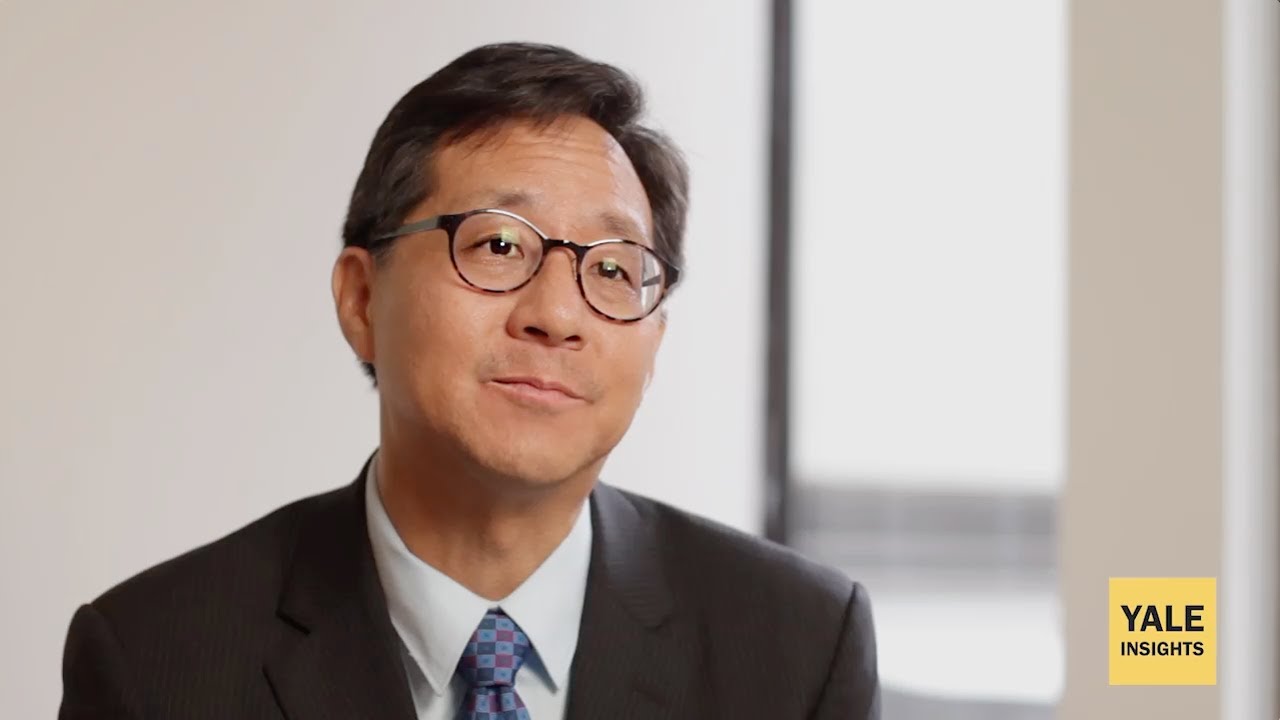 Asia’s importance in the world economy is large and growing; the continent already accounts for one third of global GDP, according to the World Bank. While the giant economies of China and India get the most attention, the countries of Southeast Asia are contributing to that growth as well. PwC’s Long Viewforecast sees Thailand, Malaysia, Vietnam, the Philippines, and Indonesia moving into the world’s 25 biggest economies, with Indonesia rising to number four globally, by 2050.

Those countries, plus Brunei, Cambodia, Laos, Myanmar, and Singapore, are part of the Association of South East Asian Nations (ASEAN), which gives them collective economic and political heft. The Council on Foreign Relations describes ASEAN as the most developed example of regional integration outside of the EU. (That isn’t to say the two unions are easily comparable. EU members share sovereignty through a strong, legally-based, central institution, while ASEAN is a consensus-based intergovernmental agency with no element of sovereignty sharing.)

In addition to providing some measure of economic integration, ASEAN provides much-needed stability to a region that was the site of war and genocide for much of the late 20th century. But that doesn’t mean that Western-style democracy is taking hold. Earlier this year, Phil Robertson, deputy director of Human Rights Watch’s Asia division, told Agence France Presse, “Human rights is in a precipitous downward spiral in every ASEAN country except perhaps Myanmar, and that’s only because military rule in that country was so horrible for so long.”

To understand the economic opportunities and development challenges facing the region, Yale Insights talked with Curtis Chin ’90, former U.S. ambassador to the Asian Development Bank and currently an Asia fellow at the Milken Institute.

Can you put ASEAN in context, in Asia and the world?

When people talk about Asia, too often, they’re really just discussing China and India. Clearly those are two giant and very important countries, but there’s more to the region. Put together, the 10 nations of ASEAN have a population of 630 million people. That’s not the billion-plus population of China or India, but it’s very clearly significant. If it were a single economy, ASEAN, at $2.4 trillion, would be just the third largest in Asia. On the other hand, it would be the fifth largest in the world.

The $274 billion invested from the U.S. into ASEAN in 2015 is more than went to China, India, Japan, and South Korea combined. That may be surprising, but I think it’s testament to the tremendous opportunity that ASEAN offers whether as a production base, a market to sell services and products, or as a source of ideas and innovation for the rest of the world.

What are the opportunities and challenges the ASEAN countries face?

It’s important to recognize that Southeast Asia is tremendously diverse. ASEAN includes the city-state of Singapore with its modern infrastructure, population of 5 million people, and role as a hub for financial innovation. It also includes the archipelago nations of the Philippines and Indonesia with populations of 100 million and 250 million, respectively, each spread over thousands of islands. And it includes Myanmar, which is very much finding its way forward in terms of governance and stability. The rules, laws, and structures you need to put in place to attract investment are still being developed. The other countries—Malaysia, Brunei, Thailand, Vietnam, Cambodia, and Laos—all have their own unique concerns and different levels of economic development. Leading each of these countries presents very distinct challenges.

As an association of countries, how does ASEAN compare to the EU?

There’s been a lot of compare and contrast between Southeast Asia and what is going on in Europe. Critics will say the consensus-based ASEAN way is slow. The organization has existed for 50 years but only in 2015 did the countries come together to create the ASEAN Economic Community, or AEC.

The AEC is bringing down trade barriers and moving towards, not a European-style common market, but a distinctly Southeast Asian one. The AEC doesn’t mean free trade and free movement of labor, but it has meant freer trade and freer movement of labor. They haven’t moved towards a single currency, and looking at what’s happened in Europe, I don’t think that’s going to happen anytime soon in Southeast Asia. But ASEAN is still coming together, albeit slowly, step by step while the EU is facing Brexit and questions about its future.

To its great credit, Europe has come together in a way that has meant peace for seven decades. Southeast Asia, too, was a region torn by war, and ASEAN has been a tool to bring these diverse nations together in a peaceful manner to slowly build a stronger economy for them all.

Are there specific examples of cooperation that you’d point to?

Examples of greater cooperation and integration would include ASEAN working to address human trafficking and the illegal wildlife trade. More needs to be done, but they are making progress. Malaysia, Indonesia, and Singapore are coming together to address the challenges of slash-and-burn forest fires that take place every year—pollution knows no borders. As an outsider—although I live in ASEAN—I want them to do more, but they are taking steps forward. It is very important that institutions get stronger, and that individual governments and companies figure out ways to better work together.

When I was the U.S. ambassador to the Asian Development Bank, many people thought that the BRIC countries [Brazil, Russia, India, and China] would really drive the next phase of global growth. In the last couple years, those economies have not grown as fast as people once envisioned. Now, when people ask me whether the next global star will come from Southeast Asia, I say that any of them could take off, but to get there they need to focus first on what I call the “little BRIC”: bureaucracy, regulation, interventionism by government, and corruption.

Clearly, government structures and regulation are necessary, but when does it go too far and reduce the incentives to start a company or hire more people? When is there too much government interventionism in an economy? When is corruption out of hand? For me, the little BRIC is the true economic constraint on growth in Southeast Asia, in ASEAN, and the world.

Are there examples of countries that have found good ways to address some elements of the little BRIC?

The right balance will likely vary country to country and might change over time. As an American, I might think Singapore has too much regulation, but clearly Singapore is doing well and I know the leaders are also thinking through how to encourage more innovation and how to move to a next level of development.

And in terms of corruption, Singapore is among the 10 least corrupt countries on Transparency International’s Corruption Perception Index. The U.S.is only in the top 20. Unfortunately, for a number of ASEAN countries, corruption is an area where there is tremendous need to improve.

In addition to the AEC, there are a number of trade deals that do or may involve ASEAN, including the TPP and RCEP. What’s happening with trade in the region?

When I think of the alphabet soup of trade deals or potential trade deals, overall integration is a wonderful thing. But we also have to recognize that the consequences of trade have not been equally distributed. Thus the pushback in Europe in the United States, and also in Asia. As we develop trade deals moving forward, countries and companies will need to think through how their citizens or employees will benefit, and if they are going to be hurt by a trade deal, what needs to be done to address that.

If we’re going to have greater free trade, if we’re going to have greater fair trade, more needs to be done to communicate the pluses and minuses of each deal. That will let people make an informed decision, whether it’s the right way to go, or not. And we need to figure out what will ensure that prosperity goes beyond a very small group of people.

What is happening with the digital economy in ASEAN?

When people think of ASEAN, they often think about it as a source of natural resources—the tremendous oil and gas reserves in part of the region—or they’re thinking about ASEAN as production-based: the value of the labor of the people of the Philippines, Indonesia, or Thailand. But ASEAN today shouldn’t be thought of only in those terms. ASEAN today should be looked at as an opportunity even in areas like high-tech and the digital economy.

I saw an interesting statistic, which was that even though ASEAN might only have 630 million people, there are 700 million digital consumers. Clearly many individuals are using multiple devices, but it shows ASEAN’s digital economy is growing in leaps and bounds and will continue to do so. That sector is projected to grow 500%, to $200 billion, by 2025.

There is still tremendous need in areas like power, water, sanitation, and roads throughout much of the region. By one estimate the need is more than $22 trillion through 2030, but there is a significant infrastructure financing gap.

Beyond simply finding the funding, I think that approach needs to be refocused. Too often, development is simply about building. We need to also think through how we maintain and update what is being built.

When I sat on the Asian Development Bank’s board, I became, some would say notorious—I would like to say helpful—in underscoring what I called the three Ps of responsible development. That is, people, planet, and partnership. Responsible development takes into consideration the people that are being impacted by a project, the impact on the broader environment, and the reality that there isn’t enough capital at the ADB, World Bank, or even now the new Asian Infrastructure Investment Bank. The reality is that for the region to move forward, these countries need to encourage their private sectors.

At the end of the day, Asia’s way forward must include a thriving private sector in each country because government cannot be the driver of job creation. Even in China, we’ve seen the government thinking through how they can use the private sector to move their economy forward, to increase growth. There just isn’t enough money to build an economy on state-owned enterprises.

How does that dovetail with your work as the inaugural Asia Fellow at the Milken Institute?

The Milken Institute is a nonprofit, nonpartisan economic and policy think tank that focuses on increasing prosperity. These are questions that are very much on the minds of the leaders of Southeast Asia: “How do we get economies to move forward? How do we get there to be more growth and more evenly spread growth?”

For the Milken Institute, capital market development is key. Without capital to allow for implementation, even the best idea remains simply an idea. What’s critical for the countries of ASEAN is that they need to bring together their own private sectors, public sectors, and civil societies to develop strategies to increase access to capital. As the nations of Asia-Pacific address this little BRIC, foreign direct investment is more likely to come in, which will drive job creation.

And today there are many different ways that countries and companies can access capital. It’s no longer a loan to the government from the World Bank or a business loan from a local bank. There are lessons from the United States, from Europe, and from around the world that I think countries of ASEAN will increasingly want to adopt.