Food security could easily become one of the biggest challenges facing Africa. The Southern Africa Food Lab has been laying the groundwork for the kind of innovative thinking required to meet the multiple challenges of the complex food network. 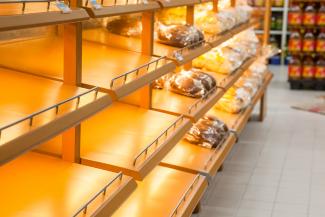 On 20 November 2016, Deputy President Cyril Ramaphosa announced a proposal by the National Economic Development and Labour Council (Nedlac) to set the national minimum wage in South Africa at R3,500 per month (or R20 per hour). In the weeks that followed, the proposal was roundly criticised by parties on both sides of the political spectrum. Irvin Jim, General secretary of the National Union of Metalworkers (Numsa), called it “a legitimisation of slavery wages,” while commentators from the market sector argued that the proposal would lead to increased unemployment and widen the gap between rich and poor.

While these debates continue to rage, new research on the rising cost of food gives the issue an alarmingly visceral dimension. R3,500, it turns out, is scarcely enough to pay for nutritious food for a small family in South Africa. What is more, almost half of the country’s population (47%) earn even less than that. The math is not difficult: a large number of households in South Africa do not earn sufficient income to feed themselves properly. For many, hunger and malnutrition are becoming the order of the day.

Exacerbated by drought, low economic growth and political instability, threats to the food system could easily become one of the biggest challenges our fledgling democracy has faced so far. And yet defining the precise nature of the problem – much less finding a solution – has proven to be elusive. This is due in large part to the extraordinary complexity of the network: from agricultural methods, environmental conditions and levels of pollution to government regulations, distribution channels and international trade agreements. Each aspect of the food system is in itself a multifaceted area of investigation in which many diverse stakeholders have an interest. When these stakeholders have competing affiliations – and sometimes even diametrically opposed views – the prospect of working out ways to improve the food system begins to seem like an impossibly daunting task.

Fortunately, the Southern Africa Food Lab (SAFL) – a collaborative, multi-sector initiative that was created in 2009 to respond to systemic issues in the food system – has been laying the groundwork for the kind of innovative thinking that is required to meet the multiple challenges confronting food security. Using a process called “transformative scenario planning,” SAFL has created a series of four hypothetical scenarios that each tell a story about the future of food in South Africa. Each scenario is constructed around a particular aspect of the food system: food as natural resource, food production, food in the political economy and food as nutrition. It is the result of an exhaustive, fiercely contested workshopping process during which influential representatives from various sectors – including the food industry, government, civil society and academia – came together to debate the consequences of an impoverished food situation in the country.

The four food scenarios do not presume to offer actual windows into the future. What they provide instead is a kind of middle ground between the diverse and frequently conflicting points of view that make up the complexity of the food system. By creating a shared vision of what the future may look like – albeit an unpalatable future – the food scenarios provide a point of departure in the present for facilitating crucial discussions around the transformation of the food system into a socially and ecologically sustainable process.

One of the important benefits of such an approach is that it does not attempt to reduce the complexity of the situation by dividing it up into smaller components. While scaling down the problem into more manageable chunks may seem like an attractive prospect, in the long run the only way to alter systemic deficiencies are by approaching them systemically. The food scenarios work towards creating a big picture view of the food system in South Africa, thus providing a framework within which each role-player can understand themselves as forming part of a larger narrative.

Another considerable advantage of the food scenario process is the capacity it affords for improved communication between different role-players in the food system. At the most basic level, the need for better communication simply has to do with co-ordination – different stakeholders need to be aware that their actions can have significant knock-on effects on other sectors within the system. This happens, for example, when energy and mining policies encourage coal mining in areas that are water-sensitive or agriculturally important. As these trade-offs become more explicit, the consequences of the various options available for government policy also become clearer.

On a more profound level, however, the food scenario process also enables a more authentic form of communication. By bringing key stakeholders, from various sectors, around the table and encouraging frank discussion, people are granted an opportunity to perceive each other’s motivations, and thus better understand the multiple forces at work in the collective food system. This enhanced form of understanding challenges people to move beyond their everyday approach to problem solving and to find novel ways of confronting the many pressing issues in the food system.

Few human problems are as deceptively simple as the problem of hunger. There is a pang in my stomach, if I eat some food the pang will disappear, and all will be well. Unfortunately, the reality of the food system circumscribes a situation that is infinitely more complex. When it comes to threatened food security, it is simply not feasible to identify a direct route to the solution. We will have to learn to take the longer path: to discuss things together, explore each other’s assumptions and think creatively. If we all work together in this way, we may eventually be able to sketch a scenario in which everyone has enough to eat.