The Hurdles Facing Women at Work

Senior faculty members from across the Global Network for Advanced Management discussed the Network’s newly released survey “Women in the Global Workforce.” 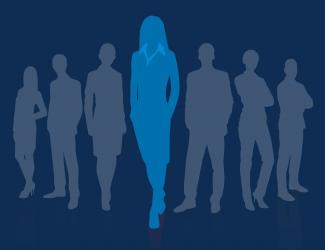 The Global Network for Advanced Management recently surveyed the students and alumni from 28 schools in the Network about pervasive gender inequality in the workplace. The survey drew 4,881 respondents with professional experience in 109 countries. The findings show that all too often, female workers are pulled between disproportionate family responsibilities, inflexible work arrangements, and pressure to appear effective yet unthreatening. Meanwhile, employers often overlook women’s actual productivity.

On March 8, experts from three Global Network schools appeared in an online panel discussion to consider the results of the survey and discuss the hurdles that women in business face worldwide. More than 300 people from 43 countries experienced the event via webinar. Here is a sampling of the scholars’ responses to viewers’ questions about negative perceptions of successful women, the importance of mentorship, childcare in an “always on” business environment, incorporating introverts, and changing the paradigm so that equality becomes the norm.

How does one manage being assertive and socially acceptable? This is the double bind women frequently find themselves in. Yes, the more we are competent in our jobs, the less likeable we are often perceived to be. Oftentimes, my answer to this question hasn’t been popular, so I have two thoughts. I’m a big believer in the idea that we can focus on being liked, or we can focused on being effective and efficient. I always double down on being effective when given the choice between the two.

Emotional intelligence is critical. When we have to deliver bad news or we are just coming down hard on a particular situation, I will meet with folks ahead of time to learn a bit more about them. I might ask them about how their day has been or have another conversation to soften the edges. I won’t be any less assertive or direct when I eventually provide my feedback, but I will consciously surround the difficult messaging with an emotionally intelligent connection, as opposed to just using my intellectual capabilities.

Men are better at having sponsors.… For example, they can go back to their job and say, “Give Kellie a chance; [it] may not look on her résumé that she’s ready, but give her a shot.” Women almost find that work dirtier, to go and ask somebody to do something for them. It’s something that women really need to focus on, because men are smart and develop purposeful sponsorships. They’re good at asking “Hey, will you put my name in here and vouch for my work on that last project?”

[There were] some differences across cultures in the degree to which people feel women should do childcare work, but the differences were not as great as we expected.… [Among] global business school students and alumni, there seems to be a homogenization of attitudes, which is that women continue—even in this elite group—to have expectations of childcare. This was maybe the most striking fact to us, that it was so universal.

I think traveling also poses an additional challenge, because to the extent that societies around the world continue to put disproportionate burdens on females for family work, employers are going to avoid hiring and promoting women into positions—including those with a lot of travel—when they’re thought [to be] unable to meet the needs of the firm. I think what we are going to find is that there are less opportunities for women to offer themselves up for these jobs unless society begins to recognize that family work must be equally shared. Someone was telling me before the session that the United States ranks 104th in political representation [for women]. It’s the same thing: it’s very hard to put equal numbers of women in certain kinds of labor markets because they are expected to have uninterrupted careers, and the investment in human capital happens right during their reproductive years.

In a business or in politics, [it’s important] just to start creating the presumption that “if you don’t have equality, what is wrong?” I think that’s where we need to start. How do we get more women to run in politics, more women to be in a position to be promoted? We really need to change what is considered normal so that conversation can take place. It’s not normal—and it should not be normal—that we have a leaky pipeline and therefore a pyramid with men at the top.

There’s more equality at the bottom of the pyramid where people start. Forty to fifty percent of people who do accountancy or professional services exams are women, but when you look at the number of partners in a firm, it is very, very small. Where people have flexibility early on in their careers, it can be an advantage, because as we see with our students, they can do quite a lot with colleagues from around the world, wherever they’re based. We’re having this live discussion right now and we’re on different continents and it doesn’t really matter. You can make more networks, more relationships; you can build your career more in a globalized way at a younger age.

It’s when you reach that middle of the pyramid when you have your children; then, it becomes much more tricky. Women then have to be much more sophisticated and quite strategic about how and when they use remote working. If they’re dealing with a colleague across the world, they don’t know if you’re at home or if you’re in the workplace. Perhaps it’s about being strategic, but it’s much, much harder.

There’s a distinction between being assertive, being aggressive, and being a good communicator. We need to remember that there are many, many, many CEOs who are introverts, but good communicators. I would say to students and participants in our programs that it’s not necessarily how often you have your hand up, but it’s both making a contribution and making a contribution in the right way.

It’s true that business schools are to some extent little bear pits for people who are natural introverts. I think it helps to see it in a strategic way: I know there’s going to be class participation marking, and how can I make the most effective comment at the right time that is also a good time for me? There are also other parts of business school life—such as teamwork—where the less assertive, perhaps more introverted [person] who is very analytical and assesses what to do next can end up the leader of the team.

I think there is a controversy around how business schools ask people to communicate, but we’re all trying to be more inclusive around this.

Related Links
What are the Obstacles to Women in the Global Workforce?