Fintech: A Complex Disaster in the Making 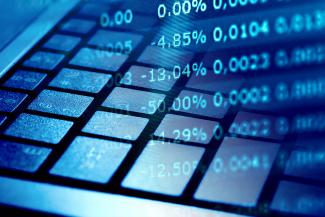 Fintech – software  applications  for  financial  services – is everywhere. It’s the new big fat sexy technology in Berlin, London, Silicon Valley, Beijing, New Delhi – you name it. And of course it is. It’s startup material, where little invest can result in instant millionaires. It’s a new kind of tech, with prospects of blue oceans. And it’s taking place in the midst of banking and finance, the very place, as Willie Sutton made us aware, “where the money is.” A fusion of three gold rushes in one. Fintech is a multiple orgasm for the startup crowd.

But the massive emergence of a manifold of new ideas and technologies bears risks. Substantial and systemic risks. New credit models and payment apps are mostly harmless, apart from threatening some dinosaurs business models. But the latest craze is reaching higher, to a place where even more money is: trade. Stocks, bonds and securities are becoming more and more of a focus. And in this area, the startups don’t just operate on the surface. They dive. In a way they are trained to dive. They identify tiny market mechanisms and reshape them into something big and different, using new technologies.

But applying this method to trade is stupid and irresponsible. A number of unacceptable and unpredictable risks can easily be identified.

First, reshaping market mechanisms by altering their context, their accessibility or by changing their scale will derange some of those mechanisms. In arguments about this, implicit assumptions frequently posit a feigned causality: if the mechanism itself is stable, alterations in its effectiveness, efficiency or environment will not have an impact on stability. But this is wishful thinking. Most market mechanisms are systemic by nature. Changing variables in unprecedented and disruptive ways can and will change the mechanism. It’s inseparable. And - that’s the other side of the coin of systemic effects - some of these changes will produce avalanches of larger systemic effects, somewhere in the very large system of banking and finance. Due to complexity, most likely slow avalanches, starting small and becoming visible only once they’ve passed a few points of no return. The risk for such surprising catastrophes is very high in this case.

Second, using information technology to reshape trade mechanisms adds technical complexity to market complexity. This is another considerable problem. Mech and tech are coupled very tightly in this field and, again, hard to separate. Tiny technical mechanisms may inadvertently add to the alterations of the market mechanisms, rendering those much deeper and less intelligible than anticipated. Even worse, such effects could be deliberate. Cybercrooks are known to entertain a keen interest on old Fintech-like High Frequency Trading software already. Especially organized criminals, including numerous foreign states, are getting better and better at identifying and tweaking micromechanisms of micromechanisms in order to introduce and abuse technical or mathematical vulnerabilities. And “new” Fintech will be highly vulnerable for abuse. A proper and secure design would require a corporate software production process with complicated quality assurance programs. And, as we know from reality, even that doesn’t really work. In addition, it would require a proper oversight process, identifying and isolating risks to market mechanisms.

At this point, we arrive at the third risk: understanding Fintech will not keep pace with its implementation. The speed of innovation is very fast, market pressure to introduce technologies is high. But given the merged complexities of market mechanisms and technologies - how much of that will be understood before path dependencies and systemic damages emerge? And who would even be capable to understand those complexities in their systemic environment? The Fintechies know their tech, but will certainly not understand its overall effects. Those are small companies with very limited expertise and a narrow and opportunity-driven perspective. Banks and authorities could and should be the ones understanding everything. But Fintech alterations will not just be fast, there will also be hundreds and hundreds, some of them nearly simultaneously, and many of them more or less invisible due to a lack of globally coordinated and harmonized tactical analysis. In addition, banks and regulators would have to speak tech in as much as they can speak money. A very rare talent, and only a very few independent translators are available. Consultants and corporate experts will build heuristics to render the complexity intelligible for boards and customers, but heuristics are heuristics because they exclude facts and factors. Also, heuristics shared and continuously beautified by a majority of laypeople have a tendency to create narratives - little, seemingly cohesive causal storylines - and tendentious myths hovering over unanswerable questions, and certain half-facts or untested implicit assumptions about how the world works suddenly become common sense. A common sense in difficult words of course, appearing legitimate and in turn forming the basis of strategies and business models.

Understanding is getting even more difficult, when abstract, complex fintechs build on other abstract, complex fintechs - a phenomenon bound to occur in later maturity stages. Such higher-level abstractions are common in tech development, but render everything even harder to understand. Their heuristic frame has to exclude more factors. The narratives will enable more myths. The myths will create more strategies and businesses. That completes a vicious circle. Multi-layered technical and mechanical abstraction creates complexification, in turn enabling tendentious mystification and multi-layered strategic abstraction, leading to more multi-layered technical and mechanical abstraction.

Science will have to demystify and explain. But this will be a very slow process, and insights will be much too late to allow for swift countermeasures. Some mechs and techs will have to be combed out of the system slowly and carefully, likely with much damage done until then. Simulators could help to anticipate some effects, but will also have to be of limited value as a simulator can only simulate what it’s been told. Artificial intelligence can probably toy around a little and improve the situation by combining know facts and causalities. But the big picture could only be achieved by what is know in cybersecurity as a „range“. A proper “cyber range“ is a complete copy of the system in question. Such a complete copy could be used to run Fintechs through it in accelerated patterns and in interaction with other Fintechs. But how does one create a complete copy of the financial market? Desirable, but impossible.

To sum up: Reshaping highly complex market mechanisms with systemic effects in fast and multiple ways by using an incredibly complex and vulnerable technology, and with only a narrow and opportunistic perspective possible, is dangerous.

Banks  and  regulators  have  to  get  ahead of the  game.  As  long  as fintech  complexities  are  not  fully  understandable,  these  two  stakeholders,  being  most  able  to  understand  and  manage  the  mechanisms, have to bring scrutiny to this new game. They have to be put in  charge,  with  high  expertise  and  reach,  and  implement  detailed, sufficiently  critical  and  scrupulous  procedures  for  validation  and certification to enable market access for fintech.

Otherwise, the above quote of Willie Sutton fits the Fintech revolution  in  yet  another  way.  Much  of  Fintech  will  be  bank  robbing, one way or another.

A version of this story was originally published by the EastWest Institute.