What Would a 'Brexit' Mean for Europe?

Europe stands at a crossroads ahead of the June 23 vote in Britain on whether to remain a part of or leave the European Union. A Brexit could trigger similar movements in other EU countries—in the Netherlands, for instance—and result in a major reshuffling of European politics. ESMT Berlin President Jörg Rocholl says severe consequences would be felt in three major ways.

President and EY Chair in Governance and Compliance, ESMT

President and EY Chair in Governance and Compliance ESMT 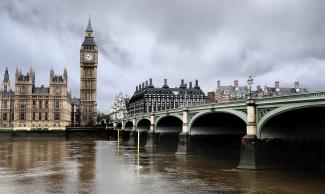 A Brexit would change the view towards the European project, which has created peace and prosperity for decades and which seemed to be irreversible, in particular since the enlargement in 2004 that meant a manifestation of the end of the Cold War. European and British citizens would stand to lose from a Brexit. It would be the biggest reversal in European history at least since the fall of the Iron Curtain and would cast doubt on the European narrative that all citizens stand to benefit from ever closer European integration.

A Brexit would have significant consequences for the EU economy. First, it would aggravate exports to Britain, a major trading partner for many EU countries and foremost Germany. Second, it would put doubts on the persistence of London as the European financial capital. Third, it would create uncertainty for an extended period of time, as it would take time to negotiate the exact terms and conditions of a Brexit. Britain would also face significant consequences, as it has been estimated by several official and private sources. It is not unlikely that economic growth would be significantly hampered, unemployment would rise, and London could lose its status as a European financial center.

The threat of a Brexit has not yet been sufficiently priced in stock markets. The losses during the last few days have already resulted in adjustments, but this may only have been a preview of the consequences that might result from a Brexit. Due to the fact that European governments may not be in a position to react fast enough in the case of turmoil, the focus would most definitely be shifted to the central banks, the ECB in particular. They would be the only institutions that could respond immediately and thus counter the state of shock financial markets might experience; government bonds in the periphery of the Eurozone might be particularly effected.