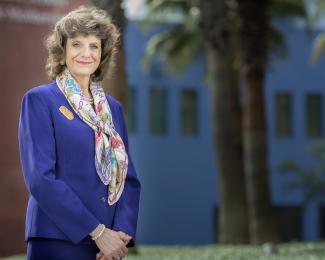 The decision by the United Kingdom (UK) to abandon the European Union (EU) has produced possibly one of the strongest impacts in European history since World War II and delivered a major blow to the the ideal of Europe, to the promotion of a more open and integrated society and to the heart of globalization as we have come to know know it.

The impact of “Brexit” affects the UK in the most direct and profound manner where uncertainty reigns and the country is left facing not only a painful and messy withdrawal from the EU but also the real prospect of the break-up of the UK itself. The government and opposition are in disarray following the momentous result and future leadership faces the mammoth challenge of healing a society left deeply divided by the bitterness that characterized the UK’s Remain/Leave campaign. Whatever else happens, the UK will never be the same again. Nor the EU, for the traumatic divorce from its second largest economic partner goes to the heart of Europe’s bold vision of integration and cohesion and impacts the largest trading bloc in the world, a pillar of the highly interconnected and interdependent global economy.

Brexit signals a move towards greater global fragmentation. If Brexit at its heart signals a vote against a more integrated society, a vote against an open society and a return to a society bound by isolationism and protectionism fueled by populism, then what does the UK’s decision mean for the European Union, Mexico, the US and for the rest of the world? The EU can weather the storm and if it can retrench with member state solidarity and work cohesively to address some of the key issues of concern for its citizens - faster economic recovery, employment, growth, immigration, regulation, bureaucracy, and governance -a stronger and more unified EU could yet emerge. Post Brexit uncertainty is fueled by the constitutional issues facing the UK, the potential for political contagion ( “Nexit”) towards disintegration in other EU states and the impact of the Brexit on the US presidential elections.

Markets crave stability and important potential risks lurk in these unknowns. An enormous portion of the global map is now wrapped in uncertainty not least in Latin America. Post Brexit, global financial markets responded swiftly and Latin America is not unaffected in the short-term, nor will it be immune to the potential secondary impacts of Brexit. The immediate reaction to the UK’s decision to leave the EU saw a sharp fall in the Mexican peso which is often the emerging-market currency proxy. The Mexican Treasury Ministry and Mexico’s Central Bank, Banco de México (Banixco) provided reassurances that Mexico has the necessary resources to defend the peso from speculators and will use them as required. Following an analysis of inflation impact, it seems likely that key interest rate will likely be adjusted upwards in the near-term. The Treasury Secretary announced a cut in federal spending by 31.7 billion pesos ($1.6 billion dollars) as a stability measure, the second this year after officials reduced the federal budget by 132 billion pesos in February. Whilst the Treasury Secretary diminished the impact of the Brexit decision on Mexico given the relatively unimportant trade flows between Mexico and the UK, (less than 1% of Mexican exports go to the UK and 2% of Mexican FDI comes from the UK), it nonetheless seems likely that Mexico will be affected by the secondary effects of Brexit: an uncertain global context can mean a flight by investors from emerging markets to safer assets, weaker FDI inflows, and most significantly, the Brexit impact on the US, Mexico’s key trading partner is of greater concern. Such negative impacts could mean slower and scarcer inward investment flows dampening our already lukewarm economic outlook.

There are clear political parallels in the US with the UK; the same populist rhetoric has taken hold across important segments of the US population who undoubtedly feel isolated or believe they have been abandoned by the impact of globalization is a key theme in the US presidential campaign discourse. The presumptive Republican nominee has made no secret of his plans to erect a border wall between Mexico and the US, impose high tariffs, rescind the NAFTA agreement along with other US trade alliances, withdraw from global military engagement and deport undocumented Mexicans in the US. The likely Democratic nominee has referred to the need for the renegotiation of agreements deals that are beneficial for the American people, and has opposed many aspects of the Trans Pacific Partnership agreement. Emboldened by the Brexit vote in the UK, the sentiment in the US towards a greater level of protectionism and self-interest may grow.

Mexico faces these fresh challenges as it deals with existing issues: the ongoing impact of currency devaluation, lower oil prices and sluggish economic growth, as well as heavy trade dependence on its near neighbor. It is a challenging scenario indeed, but it is an important moment to focus efforts. Taking advantage of the many trade agreements that Mexico already has legally instrumented is key to Mexico’s prosperity. The conditions to diversify its trade and address the productivity lag must be encouraged, so as to boost Mexico’s competitiveness. This means stronger functioning of its institutions, advancements in the quality of infrastructure; the allocation of production factors, investment in technology and innovation, and the strengthening of leadership capability. Post-Brexit, it is timely in Mexico that we redouble our efforts to enhance our competitive capability, build our innovation and diversify in a meaningful way our trade and integration with the rest of the world.

As Dean of EGADE Business School and as an active member Global Network for Advanced Management (GNAM), I am convinced that together we can ensure that business education is globally transformed. Business and business education is global, ever more interconnected and interdependent and our responsibility as educators lies in preparing transformational leaders with global vision, capable of leading business and society through complexity and uncertainty. Our impact must firmly lie in preparing responsible leaders for business and society who seek to build and sustain greater opportunity, equality and shared prosperity for all.