It's All the Same for Us 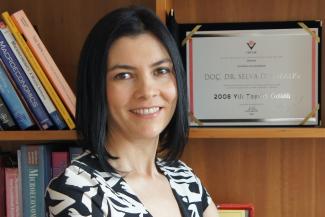 After weeks on the international agenda, the Brexit referendum was finally held last week. Having entered the European Union (EU) in 1973, Britain (the sovereign state consisting of England, Scotland, Wales, Northern Ireland, and a number of smaller islands) placed the decision to stay or leave the Union in the hands of the public. Like many, from the beginning I expected the referendum to result in a vote for staying in the EU because of the heavy price the people of Britain would face if they left the EU.

Yet the British people voted to decide to leave the EU. It is as yet unclear what the gains are supposed to be in exchange for the price to be paid for leaving. In economics, we tend to assume that people are rational. A person (or a country) is only going to decide to change the situation they are in if they are convinced that the new alternative will bring them greater benefit. Many renowned economists around the world justifiably predicted that leaving the EU would bring about a significant blow to the British economy.

Much effort was made to raise public awareness toward staying in the EU for this reason. If the referendum had resulted in a “no” vote and Britain had decided to stay in the EU, rational decision-making in economics would have been upheld.

However, on June 24, Britain voted “yes” to leaving the EU. We have witnessed an emotional rather than a rational decision, a decision heavily influenced by certain lobbying groups, in which a nationalist sentiment is dominant.

The main argument of Brexit proponents has been the cost of EU membership to Britain, the undesired regulations, the perceived limiting power of Brussels on the country’s free decision-making, and unease with immigrants from other countries.

This group has been attempting to play the referendum as a kind of struggle for independence. An important slogan in their campaign has been “Take Control.” On the other side, the group defending EU membership has been arguing that the blow the fifth largest economy in the world will suffer if it leaves the EU will be large enough to write off any gains made from leaving.

Regardless of last week’s outcome, this is not the end of the story for Britain and the EU. The referendum was not itself legally binding, and there is a long way to go before Britain formally leaves the EU. If Britain does stay in the EU, the future of its relations with the EU will be a major topic in the country’s agenda. And if Brexit really does become a reality, Britain will not instantly severe its relations with the EU wholesale. Many issues, from the rearrangement of existing trade agreements to the status of EU citizens living in Britain will have to be dealt with in the years to follow. In the short term, a possible exit is likely to cause significant turbulence in global financial markets, and many countries, including Turkey, will be moderately influenced by the waves of negativity that spread. But in the long term, an exit is not expected to cause much chaos for Europe. Therefore, Turkey’s export markets will not see a significant effect.