How will Brexit Affect Turkey's Prospects with the EU? 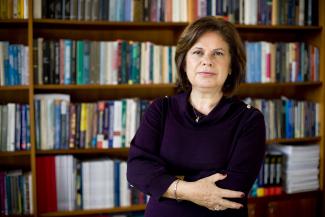 The reverberations of the referendum on Great Britain exiting the EU—Brexit—are continuing in the economic and political spheres. After the initial shock, the issue at hand seems to be the terms of Britain's leaving the EU. For a country such as Turkey, Brexit raises many important issues. On the one hand, in its role as a pivotal EU member, Great Britain had always supported a looser political and economic union, which would facilitate the membership of countries such as Turkey with different cultural and historical trajectories. On the other hand, the issue of immigration which played such an important role in Brexit had been turning into a red card against Turkey's EU membership even by members of Britain's liberal establishment such as David Cameron himself.

Now that the British electorate have offered their own solution to the issue of immigration, perhaps the discussion may move on to different forms of attachment to the European Union project. One model that has been proposed for Great Britain is the Norwegian or Swiss model, whereby it continues to retain access to the single European market but gives up its power to influence decision making at the EU level. Moreover, a country that chooses this option must abide by EU regulations and allow for the free circulation of people, the contentious issue that triggered the referendum in the first place. Another alternative is that Great Britain pursues individual trade deals with individual countries.

Turkey's Customs Union with the EU has also been mentioned as a possible alternative but a vastly inferior one to the Norwegian or Swiss models. (See Hugo Dixon, “Turkish Option: A Second-rate Customs Union.”) The reason is that Turkey's Customs Union covers trade only in goods, not services or finance. It also does not include any say on the rules that govern the production of goods even as it requires Turkey (or any other country with a similar arrangement) to follow the EU's rules in those regards.

Could we envisage a scenario which helps to produce agreements for both Great Britain and Turkey that are better than the alternatives that are currently available? Judging from the hardline speeches that are emanating from the current EU authorities toward Great Britain, this seems unlikely at the moment. But Brexit itself together with the refugee crisis and the issue of immigration more broadly have shown that the current EU structures are themselves brittle and subject to great external stresses. Great Britain is currently the second largest economy in the EU and has vast reservoirs of strength in finance, trade, and soft power. Likewise, Turkey is an emerging mid-power and is unique among its regional and cultural peers in terms of possessing a diversified and industrialized economy, a dynamic and relatively well educated young society, and stability that comes from a history of institutional development and reform stretching back at least 200 years. Could the existence of such potentially powerful yet unique partners lead the EU to devise new forms of association that increase the benefits for all concerned, and that account for the changing configuration of global economic and political power? The answers to such questions will undoubtedly be a topic of strong debate in future months and years.