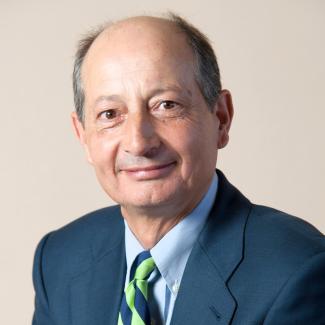 Spain has a particular relation with the UK, and not simply because of Gibraltar. Both countries have been allies on many issues in the European debate and share a strategic interest in offsetting the French-German axis. They adhere to a more free market, less interventionist approach to economic policy making, and were clearly both in favor of TTIP, the trade agreement between the U.S. and Europe. Probably, because of that shared economic vision, and also because of difficulties in access to other continental markets, Spanish multinationals targeted Great Britain as their preferred destiny after successfully expanding throughout Latin America.

Many British people may think of Spain only as a place to retire or watch good soccer. They probably overlook the fact that they likely have a mortgage or place their savings with a Spanish bank (Santander), get their electricity from a Spanish company (Iberdrola), or talk on their mobile thanks to a Spanish network (Telefonica). Even when they leave the country, they do it through a Spanish-owned airport (Ferrovial owns a controlling stake at Heathrow). This used to be one of the strengths of the Spanish economy and its companies, its risk diversification into presumed mature, stable markets. Not any more, investors seemed to be saying; the results of the Brexit referendum sent the Spanish stock market to its worse ever sell off in one single day.

Granted, Spain has an idiosyncratic market risk with the UK. Add to this the fact that British tourists amount to almost one-fourth of the total—although their share in terms of expenditure declines greatly. Moreover, Britons buy nearly one-fifth of the summerhouses along Spain’s Mediterranean coast. Nevertheless, the magnitude of the correction experienced in Spanish financial markets on Black Friday exceeds any reasonable impact of the stated facts.

There is yet another twist to the story, one that is worrisome because it speaks to the vulnerabilities of the Spanish economy now that Brexit has reintroduced the risk of a Euro breakup. The European Union must now respond to this new political reality and, more importantly for Spain, the Euro Zone must dissipate all doubts about its irreversibility. To do so will require further monetary, fiscal, and political integration. Spain will also have to work even harder to reduce its disequilibria, notably the fiscal deficit but also the lack of domestic savings and a dysfunctional labor market. Because in the current risk off market mood, fragile economies are not particularly attractive.