The Myth of the Idea

In a new book, “The Myth of the Idea and the Upsidedown Startup," Newton M. Campos argues that the idea isn’t the most important factor in a new venture. The key for entrepreneurs is to build on a network of people and a collection of available resources. 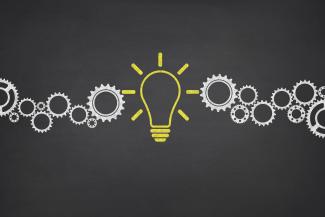 What is the myth of the idea? What is wrong about how people often think about startups and entrepreneurships?

People give too much value to the initial idea of the business. Generally, people don’t see the whole process. They see the most successful projects and think they’re based on an original idea. However, this is not what researchers find when they look at the overall entrepreneurial process. In my book I try to connect all of the dots in the process, showing that the most successful initiatives are based much more on a successful execution process rather than an idea. The original idea actually works just as an excuse for entrepreneurs to exercise their execution capabilities.

The projects that succeed are a consequence of many changes in the original idea and that idea is actually not as important as people think. It is important because it triggers the development of the business, but you have to be flexible and adaptable enough to change it, even if you have to change pretty much completely from the original.

Can the idea be viewed more as a way to gather and connect people together for a business?

Exactly. The idea has a role, but it’s more for pointing to which sector or industry in which you want to work. If an entrepreneur is not comfortable with that, it shows that his ideas are not as promising as you’d think. Here’s an example: if you create a product that you cannot relate to and believe you’re going to make money on it just because it seems like a moneymaking idea, the probability that this will be a viable long-term idea is much lower than something you feel an attachment to.

What I look at is, what are the resources surrounding the founding team that will help them to be good executors? If the team has the ability to execute the project well with the initial idea, there is a greater possibility that they can test different versions of that idea provided they have adequate resources. That’s the name of the game today in entrepreneurship: testing, improving, and adapting a product. Good execution is what everybody is after today, and good execution depends on access to social resources: contacts that can help provide economic resources.

How much does this approach apply across different cultures, different regions?

Entrepreneurship usually starts at the local level, and usually in a big city. Why? Because big cities around the world have all of the ingredients necessary to a new organization with potential to grow if needed. At an early stage, entrepreneurs are usually recommended to be in an important hub—one of the world’s 40 biggest cities. Not only does most of the world’s business take place in those 40 cities, but it’s also where most of the innovation begins.

Entrepreneurs starting there are already well positioned when they start, but if they can access resources from other areas, they can perhaps add some different values or resources that they didn’t have access to within their own hub. This is much more easily visible here in North America, Europe, and in Asia, but not much of it is seen in Africa or Latin America yet. It’s much easier to find people exchanging contacts in Berlin, Paris, London or New York, Boston, and Chicago than it is in say, São Paulo or Buenos Aires. It’s not yet the case there, but I do think that is the future. The more we get connected, the more you can begin to rely on resources that are not only local.

While there are many ways to be connected today, I think where most fall short is that they haven’t established trust. It’s very important, even more so in developing economies. Here, if I do something wrong, you can call the police and I will go to jail. In developing economies, that’s not guaranteed: maybe I do something wrong to you and the police don’t even return your call. You have to have a little bit more trust in people when the institutional frameworks aren’t as established.

Can you describe the “upside down startup” and what people who are considering an entrepreneurial path should be thinking about?

What they should think about is what resources they have that are available or reachable to do something or to join a startup team now. What can you produce out of those resources you already have? That gives you execution capabilities and with that, you gain the ability to test new things, even if the first version of your product is not innovative at all. When you can test, you have the privilege of testing until you find something that resonates with your audience. If you speak Chinese, that’s a resource you have. If you’re good with numbers, that’s another resource you have. Instead of looking for the next great idea, you can use your language and life skills to operate a project related to China and find success with it.

That's called Effectuation in the academia: the process of improvising with the resources you have. Some people see that negatively and say, "Oh, sorry, nobody is going to innovate because they will just improve what they already have.” That's a limited way to see it. I like to think that when you are aware of what your resources are, you are in a better position to locate people that can complement your ideas or see if something may be an opportunity for you.

It seems like what you’re saying is that there is a way to move towards entrepreneurship and innovation through iteration?

Exactly. There are entrepreneurs who do succeed through the “big idea” but they explain less than 3% of the total number of successful entrepreneurs. It’s a tiny percentage. Most of the successful entrepreneurs are doing it in reverse. It’s a story I tell my students. There might be someone who starts selling ice cream because he had an ice cream maker in his home. It was just in his garage, but what did he do? He sold ice cream and he did something profitable with his time. So maybe after a while, he decides to try new flavors, using the initial profits to test new combinations of products or processes that might even go beyond the ice cream business. Now he is much closer to become an entrepreneur by innovating.

The important thing here is to always be questioning what you are doing and what you can do with the resources you already have. I have this ice cream machine. What can I do with it? That's entrepreneurial behavior.