New research reveals that corporate regulations introduced in the UK in 2002 have helped keep CEO and director remuneration transparent, accountable and linked to performance. Analyses by Walid Alissa indicate that shareholders demonstrate sophistication in their ‘say on pay’ vote while boards do respond, albeit selectively when company performance is poor. He argues the regulations found a healthy balance between shareholder power and director discretion regarding CEO pay. 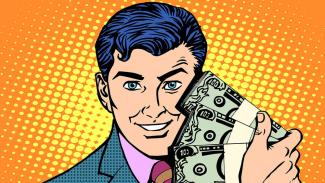 In the early 2000s, the British media frequently ran stories about corporate “fat cats” – CEOs and directors who enjoyed huge salaries and bonus payouts despite poor company performance and ailing share prices. The UK government responded to the public outcry with a suite of regulations designed to help shareholders hold top executives to account. Since 2003, public limited companies have had to publish an annual director’s remuneration report. At last shareholders can see exactly how much the people in charge were earning in salary, shares and performance-related bonuses. They also get to tell the board what they think about those earnings. The so-called “say on pay” (SoP) regulations introduced a mandatory, but non-binding, vote for shareholders to accept or reject the compensation report.

Two camps of thought on “say on pay” regulations

Professor Walid Alissa describes his analysis of voting trends as a reflection on a decade of this regulation. “I wanted to find out how the regulations affected both board and shareholder behaviors,” he explains. “How have shareholders used the vote? Does it truly reflect what shareholders think about the directors’ pay, or is it more a general expression of shareholder satisfaction or frustration? And whatever the vote, does the board take any notice?” When the regulations were introduced many said they wouldn’t work. “There has been a big debate between the two camps,” Alissa continues. “The first camp pushes for more shareholder involvement in key company decisions; a second camp argues that executive hiring and firing is best left to boards who know the company and the context much better.” Alissa’s analysis is one of just a handful on the UK regulations and the first to suggest that SoP has created a healthy balance between shareholder and director influence over compensation issues.

A well-developed benchmarking model produced estimates of how much each CEO in the sample could expect to earn each year. Alissa added a new measure: excess pay. This was the difference between what the executive actually received and the predicted (expected) compensation from the model. He found a correlation between excess pay and shareholder dissatisfaction (measured as the proportion of shareholders voting against the remuneration report). “I tried to include other factors to explain away the effect, but the correlation stayed. The SoP vote clearly measures the level of shareholder dissatisfaction on excessive pay, not total compensation.” He concludes that shareholders display a remarkable level of sophistication; they vote against the remuneration report only when CEOs earn over the odds.

But do the boards actually act? Numerous studies reveal the conflict board members face between serving their shareholders and supporting their colleagues and friends around the board table. Previous research has suggested that the non-binding nature of SoP lets boards off the hook, but Alissa found that boards do respond to the shareholder vote, albeit rather selectively. When the company is performing well, the statistical evidence shows no correlation between ‘no’ votes and pay adjustments. However, during periods of poor performance, excess pay tends to fall as dissatisfaction increases. CEO dismissals also rise in line with SoP dissatisfaction, especially when a company has sustained several years of poor performance. “It makes sense that boards show some kind of selectivity to SoP,” Alissa suggests. “I think boards know much more about their companies than shareholders. This knowledge might be why they do not always respond. For example, boards know more about the market for CEOs and what it takes to keep a good CEO. They are also more aware of market conditions, the kind of conditions that are out of the CEO’s control. When a company is doing well it is easier – and there may be good reasons – to justify CEO ‘overpayment’.”

Together these insights suggest that the SoP regulations helped rebalance power between company boards and their shareholders. “Anecdotal evidence also shows much more dialogue between boards and shareholders,” Alissa adds. “No board wants to receive ‘no’ votes, even if they are non-binding. So behind the scenes there’s lots of talking. I think that’s why the ‘yes’ votes are usually high and why boards sometimes do not appear to react to ‘no’.” Following further reforms in 2013, shareholders now enjoy a forward-looking binding vote on remuneration policy, a binding vote on exit payments, and a non-binding vote on how remuneration policy has been implemented in the previous year. “My analysis suggests that the simple non-binding vote did actually improve transparency, accountability and linkage between director pay and performance. The proportion of ‘no’ votes has slowly diminished over the last decade, so shareholders seem happy. I wonder whether now they have too much power?”