Does Danger Still Lurk in the Banking System?

We all know the trouble with the banking system; like a house of cards, when something goes wrong the entire global economy comes crashing down. That’s certainly what happened in 2008, but could it still happen today? Do financial regulators now have the necessary tools to prevent catastrophe? 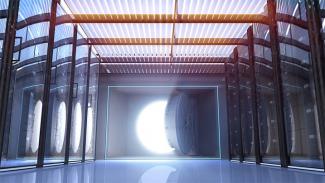 Since the crisis, regulators have employed a range of tools and metrics to identify weaknesses within the banking system, focusing their efforts to identify the most risky banks. But, according to Christophe Pérignon, many of the tools they use are still ad hoc; they may not even be fit for purpose. “Although academic research shows it is not the safety of individual banks that matters but the resilience of the system as a whole, new regulations still try to control specific sources of risk and measure the risk of individual banks,” he explains. “There is a gap between regulatory tools and academic theory, so we decided to look at the two together. We have tried to connect existing theories with regulatory practice. Where are the gaps and flaws in our understanding?”

The research team carried out a major review of research on systemic risk published in peer-reviewed journals over the past 35 years. With such a broad perspective, they identified three principal categories of systemic risk:

• Systemic risk-taking – why banks tend to be exposed to similar risks
• Contagion – how failure spreads through the system via direct and indirect interbank connectivity and information flow
• Amplification – the mechanisms that turn small, localized problems into a widespread crisis

Based on these three channels, academics have proposed many measures of systemic risk. In order to compare them, the authors derived the most popular ones, such as SRISK and ΔCoVaR, in a unified framework. Pérignon explains why this framework is so important: “A model enables you to compare different measures and metrics. So this is the first time we have been able to look at different proposed and actual regulatory measures and compare how well they perform at evaluating system-wide risk. It also allows us to see how well the measures fit with theory.”

Their analysis also highlights some of the gaps and flaws in some of the regulatory instruments, such as an incorrect formula for identifying systemically important financial institutions (SIFIs). The SIFI scoring methodology developed by the Basel Committee on Banking Supervision (BCBS) uses 12 metrics to aggregate information about the size, activity, connectivity, and complexity of an institution and the uniqueness of its services. Equal importance is given to each measure. Jean-Edouard Colliard points out that the error is something one learns about in an undergraduate statistics class. “The sub-measure with the biggest range is the one that will most influence the overall score, yet this individual measure may not be the most significant.” The researchers have written to the relevant regulatory authority and proposed a simple correction to the formula. “It’s just a question of doing the maths differently,” says Pérignon. “Of course, changing a formula that affects how you set regulatory capital has huge implications, but this serves to demonstrate how our work is highlighting opportunities for improving regulation.” Colliard adds that regulators focus so much on identifying SIFIs that they risk losing track of the stability of the entire system. For instance, the so-called stress testing of banks in the United States may have increased their individual resilience, but by herding them all in the same direction the system is less heterogeneous and thus more at risk in some circumstances. Pérignon also calls for closer collaboration between regulators and academics. “Regulators have access to a wealth of confidential data, but we show their tools are relatively simple. On the other hand, academics have developed much more sophisticated tools and measures using the limited market and public data they have available. It’s time to bring these two sets together through research collaboration.”

A promising example of fruitful collaboration between supervisors and academics is the ACPR Chair on Regulation and Systemic Risks recently launched by the French Banking Supervisor (Autorité de Controle Prudentiel et de Résolution) in collaboration with researchers from ENSAE and HEC Paris. It is a massive undertaking, he concedes, and will require significant international coordination, standardization of data ,and interoperability between systems. “It definitely needs to be done. The rather sad, but useful, conclusion from our review is that no methodology is yet available to capture all the risk within a system. If we can do that perhaps we could simply regulate banks with a Pigovian tax on the contribution of given institution to overall risk. But we can’t really start to develop such methodologies on unavailable data. That’s why collaboration is so imperative.”

Based on an interview with Jean-Edouard Colliard and Christophe Pérignon and their paper “Where the Risks Lie: A Survey on Systemic Risk,” co-authored with Sylvain Benoit, and Christophe Hurlin (Review of Finance, forthcoming).