The Dark Side of Coaching 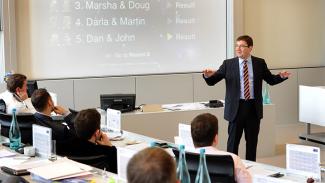 Having introduced coaching as a crucial element in most of my executive education programs more than a decade ago, I witnessed thousands of people benefiting from deep conversations involving challenge and support, insight development and hypotheses testing, role-playing and feedback analysis, and, at times, releasing their pressures through crying or laughing in a safe environment. Increasingly, however, I have been encountering managers who get very tense when they hear the term “coaching.” They get very uneasy when coaching is offered as part of the educational program, and even ask if they can skip that part of the course.

Although initially surprised by this type of reaction, I thought it to be very important to explore what may be standing behind it and ask executives concerned about what makes them alarmed when coaching is offered. These managers usually say that they have had negative coaching experiences. As a result, they don’t see the method as appropriate and helpful and try to avoid engaging in coaching at all costs. The reasons for pain differ from manager to manager, although from the individual stories that I hear I can pick a few regularities of what makes executive coaching hurtful.

The coach serves as a messenger on behalf of the organization. Coaching is used by the company (or by a particular manager in the organization) to “deliver a message” to the executive concerned. Although disguised as a way of supporting the coachee in her or his development, it is simply a cowardly way of giving feedback that the people who should do it (e.g. direct bosses) for some reason choose not to. The coach acts as a highly paid mercenary delivering tough messages to the coachee.

The coach is psychologically abusing the relationship with the coachee. The coach, often a former executive her or himself, starts imposing on the coachee “the right way” of doing the management job. In this scenario the coach unconsciously tries to resolve some of her or his long-term issues with power, authority, and acceptance as an executive by “sharing” their wisdom and pushing for what she or he believes to be an effective solution based on years of expertise.

The coach can’t help the executive concerned. Coaching may be a wrong intervention. The executive may need sponsoring or visibility, but gets coaching instead. Alternatively, the issues that the coachee deals with are not within the professional domain of the coach. For example, an executive may be in need of counseling or other types of psychological support. The coach may fail to recognize the inappropriateness of the coaching intervention, or, even worse, may clearly see it but choose to continue with the engagement, for example, for financial reasons.

The coach cultivates the dependency of the coachee on coaching or the coach. With the initial coaching interactions having a strong effect on the executive, she or he gets increasingly dependent on meetings with the coach to explore their choices and seek support in their decisions. The coach fails to notice the growing dependency, or, even worse, helps it grow. At a certain moment, the executive notices that she or he increasingly needs to pass their thought process by the coach.

The coach tries to impose her or his values on the coachee. Since exploration of the manager’s values is often part of the coaching process, the coach may become privy to the things that the coachee takes for granted and refuses to question or doubt. With the strong set of her or his own values, the coach undertakes to “educate” the coachee about what is “really” right or wrong.

At a certain point in the engagement going awry, sometimes earlier, sometimes later, the coachee starts feeling that something is wrong in the process and/or relationship with the coach. Although some coachees may be willing to raise their concerns and run an exploration of what is happening with their coach, not all of the coaches are trained or prepared for a discussion of this nature. Some will try to dismiss the concerns, others may try to rationalize them by referring to a sophisticated coaching model they have developed or learned somewhere else, and still others may put the blame on the coachee by implying lack of “coaching readiness” on their part. The coachee then looks for a way to get out of the coaching relationship and stay as far away from coaching as possible.

My experience of engaging executive coaches in my programs and in my academic research suggests that there are many great professionals in the field who constantly analyze their coaching practice, receive supervision, and engage in self-development to avoid bringing harm through coaching. However, very low barriers to enter the coaching profession and relatively high effort (although with not extremely high financial costs) required to explore one’s own needs, biases, and choices on the part of the coach may keep producing situations in which coaching really hurts.