Sovereign wealth funds have become some of the largest and most visible investors in international capital markets. Due to public concerns about their virtually unchecked power, a global code of practice (referred to as Santiago Principles or Generally Accepted Principles and Practices - GAPP) was instituted to improve their governance. A new study takes a look behind the scenes to reveal the processes and actors that drove the creation of this new governance regime, which intends to make sovereign funds more accountable. 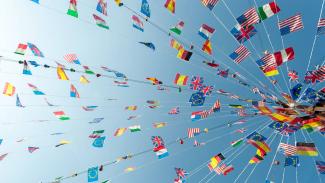 A growing class of hybrid actors

Sovereign wealth funds are pools of money derived from a country's reserves, often the result of trade surplus in export-driven economies (such as China and Singapore) or revenues from the export of natural resources (as in the Middle East and Norway), set aside for investment purposes. Some have been around for decades – Kuwait's Investment Authority was founded in 1953 – while others were created in the late 2000s, like China, Russia, and Nigeria's funds. They remained mostly passive, discrete actors until recently. The explosion in their size has been driven by rising oil prices in the 2000s and expanding trade imbalances between the West and Asian export-based economies. “The scale and visibly of their activity in the West has been accelerated by the financial crisis, and Western multinationals' need for their capital” says HEC Paris researcher Afshin Mehrouya, who has just published a paper on SWFs and transnational governance. Indeed, the estimated cumulative size of these funds is 5.6 trillion USD, now surpassing the combined value of hedge funds and private equity. “Since the 2007-2008 global financial crisis, they have been criticized by western governments and media for their lack of transparency,” writes the researcher, who cites not only security concerns, like espionage and potential use of investments for political goals by countries like Russia or China, but also systemic risks for European capital markets due to the sheer size of SWFs. Two major controversial SWF investments in 2006, the purchase of the Thai telecommunications company (Shin Corporation) by Singapore’s Temasek and the attempted acquisition of six major US ports by Dubai Ports World, further raised the public profile of the SWFs. In response to these concerns, the International Monetary Fund (IMF) facilitated four months of formal negotiations which led to the release of a voluntary code, the Generally Accepted Principles and Practices (GAPP), in October 2008.

This governance regime was meant to improve the accountability, governance, and transparency of SWFs. Yet the process clearly involved power struggles between the different actors and their competing perspectives on issues such as: what is the definition of the SWFs? Which funds should be targeted? Are they public or market institutions? Incidentally, it wasn't particularly easy to actually study the negotiation process, given that SWFs are “not very open”, as the researcher euphemistically puts it. After years of building his network, he was able to conduct interviews with IMF, OECD and SWFs officials. By chance, Wikileaks also released a series of US diplomatic cables with directly useful material. “It's rare to gain that level of insight into power relations and the backstage of transnational negotiations” says the researcher. By working from different sources (interviews and reports), Afshin Mehrpouya was able to observe the processes of resistance and coalition formation that drove the negotiation process and the various ideas of accountability that emerged during the negotiations and how several were marginalized. For example he highlights that “many (state funds) tried to avoid being categorized as a sovereign wealth fund so that they could stay at the sidelines of this accountability regime” citing a quote by a UAE fund official who objected to “being put in a barrel for everyone to shoot at”. In contrast, several European states, like the UK, unsuccessfully tried to expand the targets of the regime to include state-owned companies such as Russia's Gazprom. Last but not least, major tensions centered on whether SWFs should be considered state entities accountable to the public both in their home countries (in areas such as development, poverty alleviation, environmental projects) and countries where they invest (security and other Western public concerns), or pure financial actors accountable to financial markets.

“Coalition of the unlikely”

As in any process of global governance, actors formed coalitions to advance their interests. Yet one of his most interesting findings was that traditional fault lines – core vs. periphery, western vs. non-western or local vs. global – were far from relevant. Instead, some actors across cultural and geographical divides formed coalitions around shared ideologies and interests. “A coalition of the unlikely including the US Treasury, Singapore and UAE finance officials was quite central to steering the GAPP process”, says the researcher. According to his analysis of the archival material, the interests of the US Treasury and of the more powerful SWFs converged: they were very keen to keep Western regulators and legislative bodies, especially European ones, at bay and to ensure that SWF financial flows continued unhindered.
Transparency as a panacea?

As the SWFs took over from the IMF in drafting the final GAPP, the focus shifted from accountability through a standards and compliance regime to transparency. Afshin Mehrpouya stresses that the shift is part of a global trend: “Transparency is everywhere, not only between organizations within transnational governance regimes, but also within organizations.” He points out that this norm emerged in international financial governance in the 1990s as a core feature of the “new financial architecture”. The expectation was that investors would use the standardized financial transparency of their targets to make investment decisions which would in turn discipline the targets into compliance. He further shows how different SWF countries had quite different concerns about the Western transparency pressures on them. For example, Abu Dhabi officials expressed fears that access of other emirates and Arab publics to the information could lead to expectations for financial assistance, since, they claimed, “some Arab states viewed oil as part of the Arab patrimony and not the resource of any one country”.The paper highlights three ideas of transparency in different national contexts which get in tension with international transparency pressures, namely: transparency as power, transparency as a market instrument and transparency as a public right.

Eventually, the negotiations moved towards the idea of a voluntary, non-binding code focused on making SWFs pure financial market actors (under no state political influence but also with no public responsibility beyond generating returns). As it is, in contrast to the other recent financial governance regimes the final GAPP remains vague on technical details, and includes no specific standards for accounting, audit, risk management, etc. Instead, it demands public disclosure of SWF structures, processes and practices, and introduces no verification and compliance processes. “The GAPP is a fuzzy regime, with soft expectations”, concludes Afshin Mehrpouya, pointing out that SWF practices in areas of public concern have changed very little since the introduction of the new regime and that the SWFs of countries such as China and the Middle East have since significantly expanded their strategic investments around the world.

Based on an interview with Afshin Mehrpouya and his article, «Instituting a transnational accountability regime: The case of Sovereign Wealth Funds and “GAPP"» (Accounting, Organizations and Society  Volume 44, July 2015, Pages 15–36).