Looking Past the Numbers: Big Data Analytics Give Value to Text

Businesses are used to using numbers to assess their success, whether it is the number of products moved monthly, daily stock prices, or the annual percentage growth of sales. But the proliferation of social media and of assessments such as analyst reports means there is also a lot of text circulating that could be of value for gauging consumer and market sentiment.

Professor Rong Zheng has been looking at the potential of evaluating that text using Big Data analytics, which means trawling through masses of data and discerning trends and new information from it. By focusing on key words, he has been able to detect hidden sentiment in large volumes of text and the authorship of text. More recently, he has applied his expertise to analyst reports. 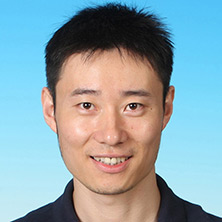 In one study, he looked at about 400,000 analyst reports produced over 10 years. The reports typically run about 10 pages each and provide written analysis, buy-and-sell recommendations, and potential trading prices. Professor Zheng set aside the quantitative information to focus on key words that were categorised as positive, neutral, or negative, and found the outcomes aligned with firm financial performance in the following months in terms of earnings.

“The textual part has incremental value, meaning the stock market really reacts to the information hidden in the text. So if you are an investor, you should pay attention to the textual parts of analyst reports,” he said.

A second study compared the language used in analyst reports with the transcriptions of conference calls that firms hold after issuing quarterly financial reports, to explain and answer queries from investors and analysts. He found it was possible to discern if analysts were engaging in information discovery—covering topics not mentioned in the call—or offering interpretation to explain complex content.

“For those firms with a high proprietary cost, such as those in highly-competitive industries where the manager is likely to withhold some information, analysts try to do more discovery to serve the information demand from investors. Also, if the information is hard to understand, the analysts provide interpretation. So analysts do contribute and change the information environment,” he said.

Professor Zheng also showed how content analysis could help in one industry—the entertainment industry. Companies like Netflix are built on pushing recommendations to viewers based on comparing past purchases and genres among customers. But this is an imperfect tool that he found could be improved by applying his Big Data analytics model.

Movies such as Titanic and Twilight could be classified as romance, but also drama and fantasy, respectively. How should they be pitched? Professor Zheng and his team analysed the transcripts of films to predict people’s preferences, and this approach outperformed older, existing methods.

“The top-level, single message is that text analytics are becoming more and more useful to companies in different sectors and industries, and they should start using that information to improve their business performance,” he said.

Professor Rong Zheng of the Business School’s Department of ISOM was speaking at the Business Insights luncheon in February 2015.