The Surprising Benefits of Television Commercials 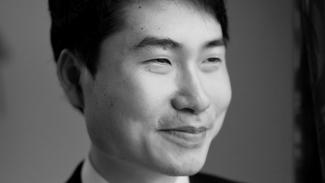 Most people regard television commercials as nuisances that interrupt programs and viewing pleasure. But they do something else, says Professor Wang Wenbo: they give us an opportunity to play the field.

Professor Wang argues that searching other channels between shows is a way for consumers to resolve uncertainties and find a better program, thereby benefiting consumer welfare. He supports that argument in research that uses data collected before and after a unique ban in China on in-show commercials and finds consumers are no better off after the ban.

“Under some conditions, television commercials can enhance or improve consumers’ television watching welfare,” he said. “The logic is quite simple. TV shows are a product of high uncertainty because you don’t know exactly the quality of the shows on alternative channels. To resolve this uncertainty, you have to search these channels. But search is not free, it comes at a cost. You have to stop watching the current show to do the search.

“Our view is that the commercial break is a low-cost time window for consumers to search alternative channels. After the search, you have a positive chance of getting a show that is better than the current show you are watching, hence it improves consumer welfare.”

The event he focused on was a Chinese government ban on commercials within shows that came into effect January 1, 2012, although commercials between shows were still allowed.

He used two sets of data that each covered two weeks before and two weeks after the ban in Beijing. One was the channel-minute ratings for the top 29 channels, which showed the percentage of households watching each show. The other was individual-level viewing data for a random sample of 1,022 households, which showed second-by-second results.

Searches were defined as 30 seconds spent on another channel. Prior to the ban, big channels attracted an average of 2.8 searches and smaller ones 3.6 searches. About 48% of viewers switched to big channels after a commercial and 78% to smaller channels.

After the ban, smaller channels were particularly hard hit. The average number of searches fell to 3.03 and Professor Wang calculated that consumer welfare (based on the net benefit from searching and finding a better show) dropped by 1.4%. The picture was somewhat better at the bigger channels which experienced about the same number of searches as before.

“What this means is that removing the in-show commercial break actually decreases welfare for consumers who prefer to watch small channels,” he said. “Under some conditions, television commercials can actually enhance the watching experience and consumer welfare.”

He also found that the channel-level average rating fell from 0.8% of households before the ban to 0.77 after, an insignificant change which nonetheless indicated that the government aim of increasing television show ratings was not achieved.

The findings have implications for both governments and advertisers. Professor Wang calculated that public policy would be more effective if in-house commercials were reduced by half rather than banned, as consumer welfare could increase by 1.2% in relation to both big and small channels.

Professor Wang also noted that the importance of television commercials should not be underestimated, even in the internet age. Viewers spend far more hours watching television than on the Internet or other alternatives, at least in the US, he said. Television commercials also make up 40% of global advertising spending – which may be not be music to consumers’ ears, but could nonetheless improve their viewing experience.