How Do Western Companies Enter the Chinese Marketplace?

Professor Cheng-Hua Tzeng of Fudan University’s School of Management discusses the advantages and disadvantages of partnering with state-owned companies and other keys for foreign firms in China. 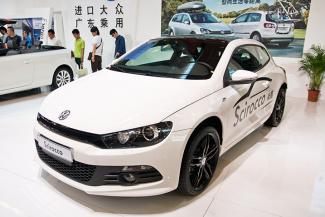 You emphasize the importance of trust and knowing the Chinese consumer in a local context. Have there been any great success stories of companies entering the Chinese market?

If there has been one, I want to say it’s Volkswagen. Volkswagen has a joint venture with the Shanghai SAIC—the Shanghai Automobile Industrial Corporation. They entered China at early stages back in 1984. By forming a strategic alliance with this large, powerful state-owned enterprise, they really gained an advantage. For example, look at Audi, the premium car brand owned by Volkswagen. Usually, if you want to buy a premium car brand in a region outside of China, you might consider a BMW or Mercedes-Benz first. Here, Audi has the first mover advantage—the first company established and trusted on the ground—so Audi has become synonymous with the premium car in China. When people want to purchase a premium car, Audi is most likely to be their first choice. Audi had been purchased by many government units, so they secured the demand. If you need to sell your cars to individual consumers, you need the trust of the people. If people see the government driving these cars and know they meet the government’s regulations, then they trust that brand.

Many foreigners have asked me about the recent diesel scandal with Volkswagen and why it hasn’t had an impact here. There are two possible reasons. One is that Chinese consumers are used to business scandals: many business scandals have occurred in the past few years, some of which even caused deaths. So far no death has been caused by Volkswagen's car troubles in China. Number two: there is a “halo effect.” Most of cars used by Chinese government are Volkswagen's products. You may argue that legitimacy of Volkswagen's consumers (the majority of which are government officials) spilled over to Volkswagen, therefore citizens in China did not lose confidence in that car company.

Is it always easier for people partnering with state-owned enterprises to enter the market?

That's an interesting question. Look at Wahaha, the largest beverage producer in China, which is a private company, and Danone, a multinational food products company. They partnered to work together starting in the 1990s but eventually had a legal fight and ended the joint venture.

If you partner with local Chinese entrepreneurs, they will provide with a lot of deep knowledge about the consumers. However, because Chinese entrepreneurs can be very dynamic and flexible, they like to make all of the decisions for themselves. They don’t have to go through small boards or committees to make decisions, which means they expect a high level of autonomy, and that can create conflict in a partnership when one company in the joint-venture has one idea and the Chinese partner has another.

Now Danone is partnering with a state-owned enterprise instead, which also has a lot of advantages: they have an established network, and you have the government at your back, so they back you, too. On the other hand, the decision-making process can be a bit slower. However, it will be more stable than working with entrepreneur companies who may change their ideas very quickly and without telling you.

People don’t always trust that partnership either though, and it can have a ripple effect. We had a scandal involving milk a couple of years ago, where the chemical melamine was found in candy and other milk products. That chemical is poisonous and almost every company involved with milk suffered from that scandal. Chinese consumers don’t fully trust or have confidence in either privately held or state-owned companies, but if they really need to trust one, I think Chinese consumers may have a bit more trust in the state-owned companies. There’s even more trust now, especially since President Xi Jinping took office because he wants to have a clean government with no bribery. What does that mean? It means restoring the confidence of consumers in the government and state-owned enterprises.

What advice would you give to someone trying to build a business in China?

In their early time here, I would encourage them to listen more than talk. They are strangers here. They are new to this business landscape so they should be humble. Be humble to learn and listen to your Chinese partners. Listen to your Chinese consumers, though they may be irrational and they may be beyond your expectations. You may have dealt with the rational customers in North America or Europe, but in China this is totally different. The up is down; the down is up. You need to reframe your mentality.

You need some time to adjust your mental models to serve Chinese customers, to work with Chinese partners. You cannot take it for granted that you can transplant all the business models and all of the strategic ideas from North America or Europe. This will not work out. And Chinese consumers, they don't like Western companies to impose their products or business models to them. It’s worth your time to listen and wait: Chinese middle class consumers are willing to spend more for higher quality products.

If you are coming here as part of a larger multinational company, you need to be aware of the talent war. They need to think about how they recruit Chinese talent, how they can retain them, and how can they develop them. One issue is that so many multinationals are trying to provide training programs to cultivate their young talent, because now the young Chinese talent are not only looking for money; they are looking for career opportunities. They will ask their employer "Will I be a part of training programs or professional development in the next three or five years? What is my career path?" They are asking questions beyond "How much money are you going to give me?" It’s critical to provide the best training programs possible to retain that talent or you’re going to lose it.

Secondly, Chinese MBA graduates are also looking for opportunities to work abroad. They want to have more exposure to the different countries in their career. That means if multinational organizations provide a rotational program, where Chinese managers could have opportunities to work at the headquarters in New York, Los Angeles, Paris, or in London, that’s a strong incentive for Chinese MBA graduates to work for that particular corporation.

The one-child policy has now been lifted by the government. How might this affect companies doing business in China?

With the change of the policy now allowing families to have a second baby, China could shift faster to consumption-oriented economy than it otherwise might have. A family may begin to seek two of everything: two cars, two bicycles, two cribs. In that sense, purchasing habits could double. However, none of these changes have been realized yet. With more demands for baby-related products, companies will increase their own capacities down the road and will hire more people.

This policy may also influence the real-estate industry. The demand for apartments larger than 100 square-meters is already increasing. That will become even bigger. In addition, shareholders are bullish about public companies in the baby-related industry, such as baby dairy products, toys, education, animation and etc. That behavior could lead to a larger shift in demands.

So far though, there are not any major changes taking place. It will take a few years to truly realize the business opportunities after families begin to have a second baby.

Generationally, too, there could be an impact. Those who were born in the 1970s responded to this policy more actively than those who were born in the 1980s. Financially speaking, the former group, on average, earns more money than the latter; furthermore, their time to have a second baby is limited. I believe that with a second baby in the home, it will shift the cultural dynamic. Many of the children born in the time of the one-child policy are considered highly self-centered. I believe that with the second baby at home, children will have more opportunities to learn how to communicate with their siblings, how to collaborate, and sometimes learn how to compromise. That too could produce a shift in relationships in a generation from now.