Should We Expect a New Financial Crisis?

With the fallout from the 2008 financial crisis still being felt, Olivier Klein, CEO of BRED and an affiliated faculty member at HEC Paris, issues a warning; although steps have been taken to avoid the worst case scenario, financial crises are a recurring feature of a globalized economy. What’s more, the Eurozone faces structural difficulties. 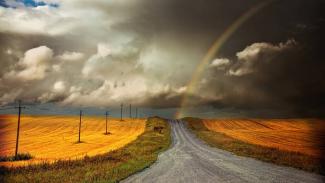 The 2007-2009 financial crisis was particularly violent; no part of the world was left untouched, and few regions did not struggle to rally in its aftermath. To determine whether a crisis of a similar magnitude could blow up again, we have to try to understand whether the factors that triggered the last disaster could be repeated. This is especially true of the Eurozone, which brings together countries with different economic structures without the necessary attributes to avoid generating specific tensions and threats, as highlighted, for example, by the recent problems in Greece.

Interest rates at an all-time low

After the 2000-2003 stock market crash, the US Federal Reserve (the Fed) and various other central banks around the world intervened to prevent a serious global recession. In particular, they were able to support the housing market and consumption by making aggressive cuts to interest rates, thereby restoring growth. Another important feature that helped to keep interest rates down was that, from 2000, emerging countries followed an export-based development model, capitalizing on their competitive advantage linked to low labor costs and, in some cases, undervalued currencies. The strategy eventually led to production overcapacity: the supply of global goods and services far exceeded demand. At the same time, savings greatly surpassed investment in emerging countries where consumption was still weak. As a natural consequence, the current account deficit in the US widened and was financed by Chinese surplus. There was an automatic recycling of surpluses from emerging countries to countries running deficits. These phenomena affected short-term interest rates, which remained low in most countries even when the Fed raised the level of its rates in 2004.

With the resumption of growth in 2004, borrowers and lenders once more entered a euphoric phase that led them to forget the usual rules of prudence. Levels of debt rose above historical averages, with US household debt climbing from 100% of disposable income in 2000 to 140% in 2007, and from 100% to 170% in Spain and Great Britain. Meanwhile, risk premiums declined dramatically. High debt levels were facilitated by a process known as "securitization," whereby loans are removed from a bank's balance sheets and packaged into securities that are sold to investors (companies or individuals). Securitization developed strongly and in an anarchic manner, especially among US banks. It was a system that resulted in some institutions shrugging off any responsibility for the loans they were granting. Securitized products were distributed to a broad public, and it was no longer possible to ensure proper oversight of the risks. It is a mistake to believe, as claimed by conventional economic and financial theory, that it is better to spread risk rather than concentrate it in banks that have been professionally trained and are monitored to manage risk. Securitization reached its peak in the form of subprime loans in the US: mortgages were offered to people who did not have sufficient income to repay them. Investors, for their part, were looking for high rates of return, which were scarcely compatible with the economic situation. They were then tempted by deals that promised encouraging results, even if it meant ignoring the level of related risk. Some companies did everything possible to present a rate of return that would reflect the expectations of shareholders by increasing their level of debt – sometimes dangerously – or surrendering to creative accounting. In reality, therefore, the 2007-2009 crisis was not very different from all other crises in history that have followed euphoric phases: the credit and housing bubbles burst. Securitization only served to compound the debt process. And if the central banks had not intervened on a massive scale, the systemic crisis would have created a lasting global recession and a financial and banking disaster that would have been insurmountable.

The Eurozone: a case apart

Even though its overall debt situation was often better, and its consolidated current account was in surplus, the Eurozone faced greater difficulties than the rest of the world, including the United States and Japan. In fact, the Eurozone has a particular weakness that partly explains the problems experienced by some of its member countries, such as Greece, in recent months. According to Klein’s analysis, the zone includes countries that are completely different in terms of their economic structures and trends. As a result, it is crucial that their economic policies are coordinated; that fiscal transfers are used to assist member states in temporary difficulty; and that labor is mobile enough to avoid regions building up persistently high unemployment levels. Any growth differential today immediately provokes a deficit in the trade balance, which, unless there is a currency devaluation, sooner or later requires very restrictive policies to restore the balance of imports and exports. Some players erroneously thought that the bond markets would regulate between countries, but the markets are not omniscient. In these circumstances, the only remaining adjustment mechanism in the event of growth differential and / or asymmetric shock is for a struggling country to seek internal devaluation, i.e. the social, economic and / or regulatory lowest bidder: a downward adjustment that is accompanied by deflation pressures. The trouble is that, although the pressure to lower costs creates a weakening in demand, which in turn helps to reduce imports and the current deficit, it also promotes a widespread slowdown in growth and tax receipts.Three measures enabled the Eurozone to find its way out of the vicious circle in which it was trapped: the extensive liquidity program introduced by banks in Europe; the announcement that the European Central Bank would buy the public debt of states in the zone as soon as their interest rates were too high; and the setting up of the European Banking Union. But will that be enough? According to Klein, "We need to go further than the EU budget treaty." He argues that more federalism should be introduced to enable coordination and transfers between Eurozone countries. This would require oversight of national economic policies at EU level, and for each country to self-regulate by executing the structural reforms vital for the credibility that forges the acceptance of solidarity. The question is: are people and politicians in Europe ready to accept this degree of federalism, when national sovereignty has failed to bring about European sovereignty?