Rising Wages, Labour Regulation, and the Future of Employment in China 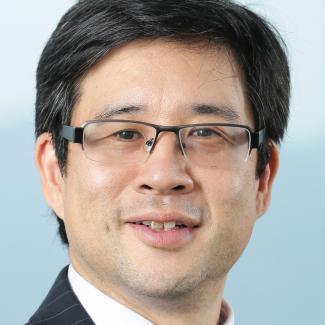 China’s phenomenal economic growth has pushed up demand for labour and, in the process, wages. But just how equitably are the benefits being distributed? And are they robust enough to withstand a future economic slowdown?

Prof. Albert Park has been asking these questions and points out that while workers are earning more, there is still some work to be done.

Average annual wages nearly tripled from about US $1,000 in 1998 to US $5,847 in 2010. Both urban and rural migrant workers are earning more – in fact, migrant workers have experienced more wage growth than urban ones since 2007, which is a positive sign that the labour market is becoming more integrated.

Nonetheless, some occupations remain out of reach to migrant workers. Even more problematic are regulatory barriers which indirectly affect mobility.

“There is still surplus labour in the countryside and people who don’t want to come to the cities because they can’t get their kids into schools or for other reasons that inhibit the full mobility of the potential workforce,” Prof. Park said.

Government policy requires that students take college entrance exams in their hometown, so families stay or are lured back to rural areas and away from urban jobs as their children get older. Government land transfer policies also make it very difficult for migrants to lease or collateralise their rural holdings, which could finance a move to the city. At the same time, the higher cost of housing in urban areas can deter migrant workers.

Prof. Park said even when migrants took up urban jobs, they could find themselves with unequal benefits to urban residents due indirectly to government labour laws.

In January 2008, China began requiring all workers to have a labour contract with the goal of protecting workers and enhancing job security. However, compliance has been uneven. A survey by Prof. Park with the Chinese Academy of Sciences in five Chinese cities found only 40% of migrant workers had a labour contract. In a separate survey of about 2,000 manufacturers in eight provinces, 68% said the new contract law had increased their labour costs somewhat and 11% said it had done so significantly.

“One of the difficulties in enforcing the new labour laws is that if you sign a labour contract, then in principle you should be formally employed and thus be provided with social insurance coverage, the big three being pension, health insurance and unemployment insurance,” Prof. Park said.

“We found lots of employers and workers who were not comfortable enrolling in these programs because the payroll contribution rates are extremely high” – adding up to about 40% of the wage. Moreover, migrant workers were often not convinced that they would receive the benefits at the end of the day.

As a result, even when labour contracts were signed, employers and migrant workers often agreed not to extend social insurance coverage (workers are allowed to opt out).

The enforcement of contracts might make a difference, but in another study, Prof. Park found increased enforcement strictness reduced employment growth, although it levelled the playing field.

Surprisingly, the combined impact of these issues has not affected labour demand or growth in employment and wages – at least, not yet.

“China has picked a time in its history where demand is so robust that it can absorb the increased costs of enforcing stricter labour regulations,” he said.

“It doesn’t mean there won’t be negative aggregate effects on the labour market in the future, especially if there is a slowdown in the economy. In other countries, it’s often been found that it is in those situations that you really see the cost of strict labour regulations.”

In the meantime, Prof. Park said China needed to continue working on lowering institutional barriers to labour mobility, correcting skill mismatches in the labour market, and sustaining growth through innovation and industrial and service upgrading. The latter is especially important as rising wages continue to squeeze China’s competitiveness.

“The only way out of that is to generate true productivity growth through real innovation, just like advanced countries have done. You can’t sustain expansion from just exports and structural change. That’s the shift that China is challenged to make,” he said.