The Essence of an African Manager

Studies show that management styles vary from country to country, in accordance with the culture and the temperament of the people living there. But is there really an African management style and what does this look like? 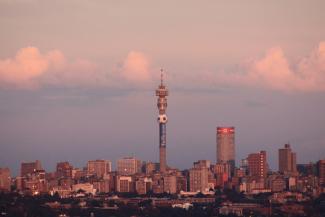 The booming economies of Sub-Saharan Africa have created numerous business opportunities both for African entrepreneurs and multinational companies eager to tap into new markets in Africa. But running an office in Nairobi or Johannesburg is significantly different from operating in London, Berlin or New York. Many ventures in Africa flounder due to a lack of insight and understanding into the dynamics of local cultures and a lack of respect for the differences encountered.

In a very real sense, the success – or failure – of a business rests with its managers. So finding the right person to manage your enterprise in Africa has to be a key consideration. This raises the question: is there an ideal African management style?

There is some evidence that managing people varies country by country according to the culture and the temperament of the people living there. A study by linguist Richard D. Lewis published on Business Insider uses visual diagrams to reveal how managers in different countries respond to employees. In Japan, for instance, managers avoid telling people what to do, relying instead on indirect and suggestive communication strategies to guide employees towards achieving objectives. But this only works in a culture driven by honour and strong intuitive communication traits.

In Australia, on the other hand, managers tend to be more informal, making use of jokes and even crude language to make themselves more accessible to employees. Austrian managers were found to combine folksy Austrian-German as well as sophisticated French loan-words to appeal to employees.

According to Lewis, German employees like to receive detailed information and instruction from their bosses, while Canadian managers tend to be low-key and humorous when talking to staff to motivate calm, laid-back and tolerant staff.

While it would be dangerous to generalise in terms of trying to imagine one type of African management style, there are some common elements to managing in Africa, which are different to the rest of the world. For starters, African managers need to be flexible and have above average cultural sensitivity.

This is partly because of the incredible diversity on the African continent. For instance, South Africa has 11 official languages and 13 main cultural groups, while Kenya has 13 different cultural groups and Nigeria has over 380 different tribal groups. Many African languages are tonal and therefore the same word with the same spelling can mean two different things.

Showing respect and a willingness to learn about local culture and languages is a must for anyone wanting to operate in any country, not just in African countries, say business experts. But in Africa, one has to also consider the burden of histories marked by colonialism and imperialism – which were characterised by foreign powers imposing rules and regulations on local cultures.

Speaking to How We Made It In Africa, Lwandile Qokweni, development director for media agency Carot said a new generation of African managers is emerging which fits this bill. “The biggest change agent in Africa today is the emergence of a group of African professionals determined to solve Africa’s problems with African solutions. These dynamic young entrepreneurs are aware of Africa’s past mistakes and have an internal drive to change and be counted. They are rapidly emerging as the future leaders who are ushering in a new age for Africa,” he comments.

This suggests another dimension to the role of the African manager – a subtle but palpable resistance to Western-style business practices and organisational cultures which are sometimes imposed unilaterally on African businesses in the mistaken belief that they will work better or produce better results.

African managers also need a fair degree of resilience. In an article published in the African Journal of Business Management, George O. Tasie from the School of Business and Entrepreneurship at the American University of Nigeria says: “The average executive in Africa works 45 hours a week and faces increased complexities posed by globalisation, domestic competition, government regulation and shareholder pressure. The task is further complicated by rapid change, inadvertent disruption as well as minor and major crises such as the current economic, financial and political crises in Africa.”

Tasie goes on to say that despite the availability of capable and educated people, many African organisations are hampered by conflicts and unhealthy politics, which undermine team spirit and innovation in the workplace. He describes managers who have developed tools to protect themselves and to attack others, and says many firms run in countries like Kenya, Ghana, Zimbabwe and Nigeria are mired by in-fighting, favouritism, nepotism and opportunism.

Workplaces like these pose huge challenges to managers and require individuals who have gained specialised expertise in the fields of communication and human behaviour.

Appointing the right managers is something that all businesses struggle with regardless of where they are operating. A recent Gallup poll found that bad managers are appointed a staggering 82% of the time – leading to poorly managed work groups that are about 50% less productive and 44% less profitable than well-managed groups.

In Africa, the situation is exacerbated by a shortage of management talent. As more and more multinationals recognise the need for local expertise, the scramble for good African management talent is under way. And as the demand for good African managers surges, local institutions of training and development have their work cut out for them to ensure that the future managers in Africa are properly equipped to build the business landscape in Africa for Africans.