The Profitability Paradox of China's SOEs 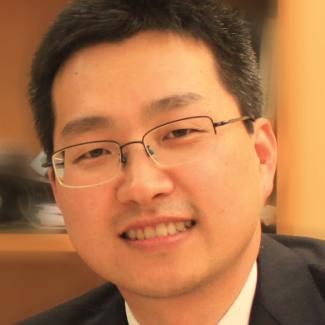 Supporters of China’s state-owned enterprises (SOEs) like to trumpet these firms’ remarkable profits and contributions to the national economy – to the extent that some think state capitalism could be a better growth model than liberal capitalism. However, research by Professor Yong Wang and his co-authors warns it would be unwise to jump to that conclusion.

Professor Wang has been investigating one of the most puzzling things about SOEs: they have boomed since the year 2000 and their average profitability now exceeds non-SOEs, even though the sector was failing in the 1990s. In fact, 53 of China’s 57 companies on the Fortune Global 500 in 2011 were SOEs – that’s 93% of its top firms, compared to only 3% of US firms on the list that were state-owned.

Professor Wang said this performance could not simply be explained away by SOE subsidies or monopolies, because these things existed before 2000. Rather, other factors have combined to boost the fortunes of SOEs.

In particular, SOEs have been able to ride on the coattails of the success of private enterprises, which have benefited from abundant cheap labour and trade liberalisation in China following its 2001 entry into the World Trade Organisation.

Since SOEs were unable to compete with private firms in downstream industries, such as consumer goods, they retreated to upstream industries that provide key intermediate input services, such as energy, telecommunications and financial services. This has created a vertical structure of ownership in China’s economy, leaving SOEs without much competition in their industries.

Moreover, the development and expansion of downstream private firms has meant SOEs can sell them more intermediate input services at markup prices because they have administrative monopoly power.

“The reason why SOEs have been so profitable is because they are able to extract monopoly rents. The seemingly remarkable performance of SOEs is the consequence of economic growth, not the contributing factor,” Professor Wang said.

Needless to say, this situation is not sustainable. While private firms have been able to absorb the high costs of upstream SOE services due to cheap labour, this is changing as labour costs rise and it is putting the squeeze on private firms’ competitiveness.

So unless the SOE sector is reformed, everyone from downstream to upstream would eventually suffer, he said.

“The exuberance of SOEs is a symptom of the incompleteness of market-oriented reforms because there has been reform downstream but not upstream. This has allowed SOEs to arbitrage,” he said.

“Eliminating the upstream state monopoly would increase productivity, lower consumption prices, be good for consumers, and increase demand downstream. That would facilitate industrialisation and it would also improve income distribution since only a small group of people benefits from SOE profits.”

Professor Wang recommended that such reform be carried out on a sector-by-sector basis, taking into account whether an industry was strategic or related to national security, and it should be complemented by other economic reforms. It should also be well-paced. “I believe in gradualism rather than radical reform,” he added.

Professor Yong Wang of the Business School’s Department of Economics and HKUST Institute for Emerging Market Studies spoke at the Business Insights luncheon in April 2015.