How to Abandon Budgets for the Good of the Company

Putting a stop to budgeting is a radical notion in the business world, yet some prominent companies have made this decision. Sebastian Becker’s study of four of these companies provides insight into why they did so, how it affects their business, and, in particular, how they went about abandoning one of management’s most taken-for-granted practices. 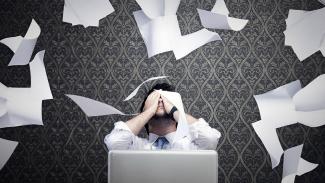 Developed by British consultants in the late 1990s, Beyond Budgeting (BB) is currently a widely debated concept that promotes change from the traditional command-and-control management model to a more decentralized, empowering, and adaptive model. In addition, the BB principles also address performance management system changes such as abandoning annual budgeting processes. Intrigued by the approach and its potential ramifications, Sebastian Becker studied four companies that abandoned budgets. His study identifies the motivations, processes, and consequences of abandoning budgets, with significant focus on the infrequently considered matter of how firms actually go about abandoning taken-for-granted, institutionalized practices.

Why do companies make the radical decision to stop using budgets? According to Becker, academics and professionals have criticized budgeting for years because of dissatisfaction with its perceived inefficiency, ineffectiveness, and dysfunctionalities. Like most firms, all of those studied used budgeting to fulfill important management functions like planning, resource allocation, and performance evaluation, but all found budgeting processes costly and time-intensive. “Budgeting consumes resources, requires lengthy negotiations, and often generates negative behavior and conflict. Budgets constrain people’s behavior and do not allow for flexibility.” Individual circumstances can also lead to budget abandonment. A petrochemical company underwent a merger, and abandoning budgets was a bold means to affirm the new entity’s vision and strategy. At both a drug retailer and a heating equipment manufacturer, internal cultural issues motivated budget abandonment. The CEO of the former identified budgeting as incongruent with his goal of moving away from the command-and-control management style that was rendering his company’s managers less flexible and entrepreneurial. Similarly, the heating equipment manufacturer had a strong belief in empowerment, and the top-down perspective inherent to budgeting seemed incoherent with that belief. “Budgets are an ingrained management control process for planning, allocating funds, and setting targets that everyone learns about at university,” Becker comments. “It’s not surprising that almost all companies automatically adopt these methods, but they often do not leave any room for empowerment, so if this is your management philosophy or a strategic goal, you have good reason to abandon budgeting.”

ABANDONMENT DRIVEN BY PRAGMATISM AND TECHNICAL OR CULTURAL PRIORITIES

In all the firms studied, pragmatism was the watchword of the change process. Company leaders asked, “What exactly have we been using budgeting for, and how else can we do these things?” They then came up with practical alternatives for carrying out functions previously fulfilled by budgeting practices. For example, the petrochemical company implemented a dynamic investment process that enabled resource allocation throughout the year instead of just once a year. A bank disabled budgeting software literally overnight and then replaced former annual plans and fixed targets with rolling quarterly forecasts and a relative reward system based on internal league tables. Both the drug retailer and the heating equipment manufacturer initiated the change process by decentralizing organizational structures, delegating authority downward, and increasing transparency by making important performance data public before changing the performance management system. Central company actors (CEO and/or CFO) leveraged their standing to garner support and legitimacy for changes by talking about their new ways of doing things to other industry members and to the press. Positive feedback from such parties was diffused and boosted in-house acceptance and enthusiasm for the new ways. Becker stresses that three of the companies had no formal “master” plan and used only “homegrown” solutions. “It is interesting to see how, contrary to most empirical evidence, practices were deinstitutionalized in a pragmatic, self-contained manner, without the support of templates or external actors such as consultants.” Meanwhile, the fourth company worked with BB consultants.

50% SUSTAINABILITY AMONG THE FOUR FIRMS

After a few years, two of the companies Becker studied continued on the non-budgeting path, whereas two reverted to traditional budgeting practices. Becker found two main reasons for returning to budgets: new management and tough circumstances. In the case of the petrochemical company, people from outside were appointed to key leadership positions: CEO, CFO, and vice president of HR. “They had not taken part in the changes and were accustomed to traditional institutional budgeting practices.” There were still ‘remnants’ of traditional budgeting in the firm — no one had forgotten what budgeting was — so it was not difficult to reestablish these practices. The second reason to return to budgeting was the economic crisis. At the bank, for instance, defining fixed targets and working in a more centralized and top-down manner was perceived as a way of gaining control and keeping clear track of business performance. At the same time, Becker found that the two companies that continued to work without budgets reaped business rewards. In particular, the drug retailer found that customers appreciated empowered employees and the associated greater client-orientation, both of which generated consumer preference and loyalty. As for the heating equipment manufacturer, the “budgetless” management approach was better aligned with the firm’s non command-and-control mentality and socially and environmentally responsible orientation. “Research has not yet found a way to measure the relationship between business success and budgeting vs. non-budgeting,” says Becker.

“The study shows that presumably radical solutions can work when they are pragmatic and when they respond to a company’s specific needs,” concludes Becker. “Furthermore, the fact that radical change came from within the companies rather than from outside consultants seems a significant factor in in-house acceptance.”

Based on an interview with Sebastian Becker and on his article, When Organisations Deinstitutionalise Control Practices: A Multiple-Case Study of Budget Abandonment (European Accounting Review , December 2014, vol. 23, n° 4, pp. 593-623)