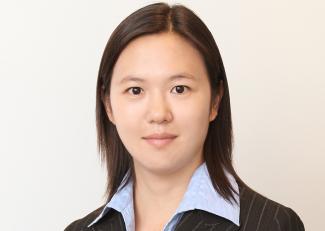 Foreign investment can be attractive to both firms seeking funds by cross-listing overseas, and investors seeking to diversify and offset risk. But deciding when to seek or place foreign investment is a complex one.

One puzzling phenomenon is that investors tend to prefer to place their money closer to home even when this is not strictly rational.

“In a perfect world, without market frictions or restrictions, you should allocate money according to the weight of each country in the world, but this doesn’t happen. In a country like the United States, for example, which represented 39% of the global market in 2012, 75% of investment was in the home market.

“Similarly, Hong Kong represented 2.5% of the global market, but 57% of investment was in the home market. Almost all countries suffer from home bias.”

Various reasons have been attributed to this – in emerging markets, for instance, there may be restrictions on how much citizens can invest overseas.

Professor Shiheng Wang has been looking at the relationship between cross-listing and accounting standards, because information barriers caused by various accounting standards difference cross countries can affect how firms and investors behave when listing or investing abroad.

She gave the example of Samsung. In 2011, when Korean companies adopted International Financial Reporting Standards (IFRS), the firm’s core earnings changed overnight, rising by nearly nine per cent. Its performance was exactly the same, but it was now accounted for in a different way and looked more profitable.

“If a company wants to cross-list, it is better to go to countries with similar accounting standards as the home country because foreign investors will find it easier to understand the accounting information. It also lowers the financial reporting costs for the firms to list abroad” she said.

However, she cautioned that home bias can still exist because standards can never be completely harmonised due to manager discretion.

“The insight for real-world practice is that to be rational, investors should be very careful to invest in foreign firms with accounting standards that are easy to understand, using accounting practices that are familiar to them. Firms that decide to cross-list should consider the practice in the home country of foreign investors, then try to follow that as much as possible,” Professor Wang said.

“Some firms may ask how they can cater to a foreign investor’s demands when they are restricted by their own country’s regulations and policies. The answer is that they probably have to voluntarily disclose more information beyond the regulatory requirement. No single financial statement is going to make everybody happy. That means being more forthcoming and transparent with respect to information disclosure.”

Professor Shiheng Wang of the Business School’s Department of Accounting was speaking at the Business Insights luncheon in January 2015.