The Profits and Pitfalls of Earnings Surprises 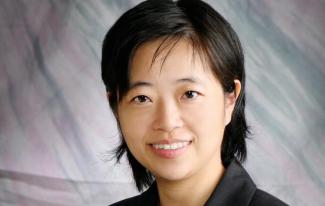 Earnings surprises have been shown repeatedly to trigger standard responses from the market: if the surprise is a large earnings increase, the stock price will go up, and if it is a large decrease, the stock price will go down. Successful trading strategies have been built around this phenomenon, but research by Professor Mingyi Hung suggests that recent accounting developments are making such strategies more challenging for investors.

Her focus is post-earnings announcement drift (PEAD), in which stocks keep moving in the same direction months after the surprise earnings announcement. Studies have shown that trading strategies based on that drift can result in higher quarterly returns of two per cent to seven per cent.

“But before investors run away and work on this strategy, they need to consider why it happens and why it persists. How might profitability from this kind of signal vary across firms? If you know the answer to that, you could have a differential advantage and won’t be surprised by subsequent changes,” she said.

The most commonly accepted explanation for PEAD is that investors have limited attention spans and so cannot absorb and fully appreciate the implication of current earnings on future earnings.

Professor Hung hypothesised that if financial reporting quality were improved, this could mitigate the attention span problem. She found a suitable testing ground with the mandatory adoption of International Financial Reporting Standards (IFRS) in 2005 in many countries.

Countries that adopted IFRS, including Hong Kong, saw PEAD decrease to nearly zero per cent. The same thing did not happen among non-IFRS countries, which include the U.S.

Even among adopters, though, there were factors that affected the degree of decrease in PEAD. When concurrent news was released around the time of earnings announcement, the decrease was less pronounced because investors were distracted.

Low institutional ownership also had an impact because it meant there were a lot of individual investors in the firm, who are usually less sophisticated users of financial information.

Stocks that were not very liquid, and stocks traded in countries with weaker rule of law and other characteristics that made it easier to engage in earnings management, also had a reduced decrease in PEAD.

“The conclusion is that while PEAD is a profitable trading strategy worldwide, it declines after mandatory IFRS adoption,” she said.

“If you want to stick with PEAD, you should trade this strategy in non-IFRS countries like the U.S., or in IFRS-adopting countries with weaker institutions, like Greece and Spain. If you have the time to follow firms with more concurrent news announcements, you could also adopt this strategy with them. And firms with lower institutional ownership could be another focus because they are less analysed and there is more opportunity to profit from them,” Professor Hung added.

Professor Mingyi Hung of the Business School’s Department of Accounting was speaking at the Business Insights luncheon in January 2015.