The Greeks Are Paying, But Getting Nothing 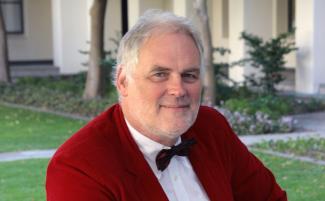 When Greek Prime Minister Alexis Tsipras cocked a snook at German Chancellor Angela Merkel over the possibility of a Grexit, the world held its breath. Was this going to mark a new departure in global politics? Were we, at last, going to renegotiate the way the globe’s floundering financial system works?

The answer, sadly, was no. This time around, it looks like the status quo has hung on. The world’s financial elite will continue to extract their pound of flesh and the Greek people, despite their resounding and apparently futile no vote against further austerity, are confronting a grim future of poverty and deprivation, if anything worse than before.

After weeks of meetings of leaders and finance ministers, the eurozone produced a fragile deal to keep Greece afloat, but the terms are severe. Under the new deal, Greece has been described as a virtual protectorate subject to intrusive supervision.

It is hard to see how this is a victory for anyone — except perhaps Greece’s troika of creditors — the European Union (EU), European Central Bank and the International Monetary Fund (IMF) — but even they might not be immune from the potential downsides. As prominent political commentator Aristides Hatzis said: "Greece can bend up to a point. But after that there is no bending, only breaking."

The thing is, this story does not end well. In Africa, we have seen it all before and we know how it ends.

Take Zimbabwe as an example. It abandoned its measured growth with equity strategy in 1991 at the urging of the IMF, in favour of a notorious economic structural adjustment programme, known in Zimbabwe as the "Economic Suffering for African Peoples". It had devastating political and economic consequences that are still playing out today.

In the words of columnist George Monbiot, the IMF is now doing to Greece what it has done to one poor nation after another, from Argentina to Zambia.

"Its structural adjustment programmes have forced scores of elected governments to dismantle public spending, destroying health, education and all the means by which the wretched of the earth might improve their lives."

The crux of the problem is that austerity does nothing for the people who are paying the price. It enriches banks and elites but not the country or its people.

While this is not the first time a poor nation has found itself on the wrong end of a sovereign debt crisis, what’s different this time, is it is quite literally, closer to home.

Greece in absolute terms is not as poor as some of the IMF’s former subjects, but its fortunes directly affect its richer neighbours — notably Germany and the rest of the eurozone.

Hardly surprisingly therefore, the crisis has exposed rifts in the eurozone with taxpayers feeling the pressure of repeated bail-outs and the widening gap between the rich and poor becoming harder and harder to swallow.

What is missing in this (tragic) story is a dose of humaneness and statesmanship. This has been notably absent from all the rhetoric in the past few weeks — on both sides. Tsipras’ brinkmanship and anti-German rhetoric, and Merkel’s hardline, bone-headed response has resulted in a solution where neither side really wins.

There is a better way. Jeffrey D Sachs, professor of sustainable development and health policy and management, and director of the Earth Institute at Columbia University, commented that for a more equitable deal to be struck, both sides must have their needs addressed and both must be prepared to take bold steps.

"The debtor needs a fresh start through a debt write-off; the creditor must find a way to provide one without rewarding bad behaviour…. Thus, serious reforms and deep debt relief need to go hand in hand. It is for this reason that Greece and Germany, its largest creditor, need a new modus vivendi in order to resume negotiations, " he said.

Such an agreement has implications for more than just the eurozone and the Greek people. Left unchecked, the rift between rich and poor is going to threaten the stability of the whole system.

The IMF austerity riots of the 1980s and 1990s have demonstrated this more than eloquently. And in Europe, the rise of the Nazi party in the 1930s came about as a direct result of crippling debt from the First World War reparations.

Of course, after the Second World War, Germany’s debt was slashed and it received foreign aid — allowing it to rebuild into a strong and prosperous nation.

Sachs says that Europe rose from the rubble of the Second World War through the vision of statesmen and "now it has been brought to the verge of collapse by the everyday vanities, corruption and cynicism of bankers and politicians. It is time for statesmanship to return — for the sake of current and future generations in Europe and the world."

Escaping debilitating debt while promoting growth and social justice is possible, argues Ian Scoones, professorial fellow at the Institute of Development Studies at University of Sussex. Africa is now entertaining new ideas and perspectives (many from the East) where sustainable finance, patient capital, long-term investment, and balancing productivity with social protection are the watchwords.

Such a shift is crucial to the continent.

This is not to turn a blind eye to the culpability of Greece and other poor nations in worsening a debt crisis. Clearly allowing excessive debt to fund private and government consumption is a bad idea.

And corruption at the highest levels (Greece is only two rungs behind SA on the corruption index) and misuse of power are simply not good news for long-term stability and prosperity. Arrogant politicians who are distanced from the people they are meant to be serving, rising youth unemployment and disaffection all contribute to the problem and must not be overlooked.

It is time to bring the welfare of citizens back to the centre of the debate. In Greece, the reality is that half of the young people who will have to repay the debt taken on by today’s politicians do not even have a livelihood. Is this fair?

Classical economic thinking of market fundamentalism and neoliberalism has got us into this mess and it is unlikely to get us out. Its only solution is austerity, and as history has shown, this does not work to the advantage of the majority. Instead, as Monbiot so powerfully puts it, human welfare is subordinated to financial power.

It is time to ask the hard questions and innovate new systems.

SA has a crucial voice to contribute here. Not just because of the country’s similarities with Greece, which mean that if we don’t heed the lessons of Greece we are likely to end up somewhere similar, but also because the legacy of Madiba gives us a moral leadership voice in global affairs in calling for the alleviation of economic suffering and inequality.

Tsipras in his moment of glory was unable to bring the debate to where it really needs to be. Others will need to do this job. We should not let this opportunity pass because if we don’t find a new and better way to organise our world, we shall all suffer the effects.

Baets is director of the University of Cape Town Graduate School of Business and holds the Allan Gray Chair in Values-Based Leadership at the school. This article originally appeared in South Africa’s Business Day and is republished with permission.