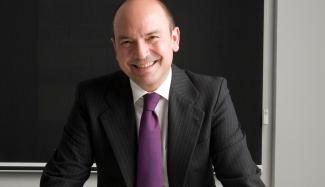 Here’s what the CLO of a top bank recently told me about the challenges of implementing diversity policies in his organisation: “It’s not about ranking, ratios, or percentages. Neither is it about reaching specific goals. No, it’s about a culture of organisation, an ongoing process of permanent evolution, change and adaptation, and you can never say: I’ve done it.” As I told him at the time, I couldn’t agree more.

That said, establishing quantifiable objectives and percentages, along with mechanisms to oversee the attainment of objectives are an important part of measuring the success of diversity policies. What’s more, communicating achievements to the wider world helps improve the company’s reputation, which in turn helps attract and retain talent, arguably the biggest challenge any CEO faces. We shouldn’t forget that one of the aspects increasingly valued in surveys about a company’s reputation or in rankings of the best companies to work for is diversity. (1)

A pioneer in the field, American Express launched its groups for women’s inclusion and underrepresented minorities 22 years ago. At present, the company has 16 such groups, representing not just women, but ethnic minorities, war veterans, LGBT, and even multi-tasking moms, with more than 100 chapters whose mission is to create a feeling of community at the same time as exploring ways to generate more value for the business. As a result, it comes as no surprise that AmEx occupies the 11th position in Fortune’s Most Admired Companies list. (2) At present, 39 percent of AmEx’s vice presidents and senior management were women, while in 2014, 69 percent of the corporate executives it hired were women. “Nobody said we had to do this. It’s just smart business,” says Susan Abbot, President of Global Corporate Payments. (3)

But just how many companies have a special unit or department responsible for designing and supervising diversity practices? A 2014 Forbes Insights survey (4) analysed more than 300 multinationals from around the world, revealing that 69 percent had a board or committee whose job was to oversee diversity. Some companies have responded to the need to implement diversity policies by creating the post of vice president for diversity and inclusion. Similarly, many US universities in the United States now have a vice provost for diversity who oversees the promotion and hiring of teaching staff. Such measures reflect a gradual but steady shift toward the systematic implementation of diversity policies in large organisations.

Nevertheless, I would argue that creating teams or posts specifically to deal with diversity policies is just a first step toward implementing real diversity. A parallel can be drawn with the international departments of companies with no meaningful presence abroad, and where one person or a small department can deal with anything related to overseas markets. But truly multinational companies don’t bother with international departments, instead setting up affiliates in the countries where they are active or create their own global business units.

Managing diversity should be the same. When it is truly embedded in a company’s culture, it is a natural part of how it operates and is reflected in all its practices: it’s on the priority list of the CEO, the CLO, and the head of human resources. These companies have management systems that guarantee the empowerment of the main business units, including middle managers, allowing them to implement diversity at all levels and in many different ways. At the same time, diversity management should be part of the incentive and recognition mechanisms of the main directors, and not limited simply to human resources.

One possible virtuous cycle for managing diversity might consist of the following core phases:

These phases are cyclical, but need not necessarily be implemented sequentially, given that each is related and feed off the others.

Similarly, a 2012 report by the European Commission (5) provides a useful benchmark for implementing diversity policies and measures in companies. Drawn up by experts in the area to compare diversity practices in different countries throughout the EU, it identifies a range of actions in different sectors, from recruitment and promoting talent to diversity and inclusion training programs, how to compensate and give recognition to directors and employees for promoting diversity, along with the best approaches toward internal and external communication, as well as with stakeholders such as suppliers.

The Forbes Insight report mentioned earlier identified five main areas for developing diversity. Among the main methods companies reported were professional development programs supported by training, implemented by 62 percent of those surveyed. Mentoring and employee resource networking groups were carried out by 61 percent of companies surveyed. Many companies or their staff were members of professional organisations focused on diversity, or had reached out to communicate their policies to different minority groups.

But we can go still further in creating a culture of diversity in our organizations, beyond demographics and practices to avoid discrimination and favor inclusion and take the time to analyze and get to know diversity in all its forms. This is where the development of humanities courses, cross-cultural studies and related disciplines taken on special meaning and acquire particular value. As I’ve said on many occasions, the Humanities and Liberal Arts provide the cement to integrate the knowledge and skills of any profession, as well as to understand our complex world and societal interaction. In a diverse organisation, knowledge of other civilisations and religions, other ways of thinking and understanding the world is the best medicine for overcoming culture clashes and to promote tolerance.

Forbes’ survey also revealed that the main places companies look for talent are universities and graduate schools, followed by search firms. This presents a particular challenge for business schools, where many companies recruit the next generation of directors. If one of the key requirements of companies is talent of this caliber, what can we business schools do to attract greater diversity to our programs or to equip our graduates as adequately as possible to be able to understand and manage diverse working environments?

One of the main virtues of the yearly rankings carried out by the Financial Times of MBA and EMBA programs is to assess the diversity of the schools that participate. (6) The criteria applied relate to gender and the internationality of the various types of stakeholders in each center, including teaching staff, pupils, and board members. European business schools lead in terms of internationality and cultural diversity, occupying the first 15 positions of global MBA rankings.

Obviously, the way diversity if managed in different organizations will depend on many factors, but we can draw a number of useful conclusions from this brief discussion:

Managing diversity is a key component in the strategic agenda of successful companies. It is not a bolt-on: it is instead a necessary condition for innovation and generating value.