How to Become a Space Entrepreneur 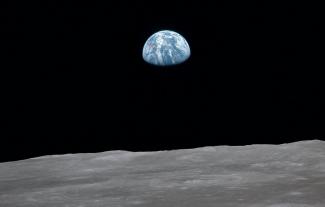 Among the many topics Professor Chris Impey, Deputy Head of the Department of Astronomy at the University of Arizona, looks at in Beyond: Our Future in Space,(1) his highly readable examination of space exploration, is the role that genes have played, and continue to play, in mankind’s eternal drive to discover new places, whether on earth, or… beyond.

Impey cites the 7R variant of the DRD4 gene, carried by a fifth of humanity and that controls dopamine, the chemical associated with risk-takers, extroverts, and explorers. The gene variant is believed to have emerged around 40,000 years ago, around the time our forebears began migrating out of Africa, and has been identified in their descendants in far-flung places. For Impey, the will to explore is “built into our DNA,” meaning we will establish a presence in space, sooner or later. (2)

That’s how an astronomer sees genes, but the geneticist who actually discovered DRD4-7R, Professor Kenneth Kidd of Yale University, plays down the role of genetics in behavior, noting: “You just can’t reduce something as complex as human exploration to a single gene. Genetics doesn’t work that way.” (3)

I’m inclined to agree with Professor Kidd, and that environmental factors such as family and work, opportunity, and even luck, are probably more important when it comes to developing our entrepreneurial or leadership skills than the genetic hand life deals us. As science writer David Dobbs argues in a National Geographic article about explorers, “our genetic traits evolved to the point where we could create them, and we reshape them constantly. But this changing culture can likewise shape our genetic evolution, sometimes in stunningly quick and direct ways.”

To be fair to Impey, he’s not really saying that everything comes down to genetics, as his choice of space entrepreneurs shows. What do Richard Branson, founder of Virgin Galactic, Peter Diamandis, who set up the Zero Gravity Corporation, andElon Musk, creator of SpaceX have in common? We don’t know if they possess the DRD4-7R gene variant, but we do know that they all started businesses around the age of 20, and that they are now the heads of global corporations active in a range of areas. What’s more, they all had difficult childhoods that may well have contributed to their propensity for adventure and ability to overcome challenges.

Branson was dyslexic, and on one occasion, he says his mother left him in his pram three miles from home so that he would have to find a way to communicate with strangers if he wanted to get back. At age eight, Diamandis built rockets in his back garden and gave his family and friends lectures about space exploration. In the upcoming biography of Elon Musk we learn that he was an avid reader as a child growing up in South Africa, didn’t like sports, was bullied at school, and was subjected to lengthy reading sessions by his father during which he couldn’t speak or move. At the age of 17 he decided to escape the claustrophobic confines of Pretoria where he had grown up, heading for Canada, making a new life for himself there.

Another thing these space entrepreneurs have in common is their view of the future, which is long term, anticipatory, one in which they see themselves changing the world.

Diamandis is the founder of the International Space University and Singularity University, which provide alternative approaches to higher education.

These three entrepreneurs also share the same approach to strategy, focusing more on their projects, products and services than the financial aspects of their businesses. This is the difference between an entrepreneur, somebody who has a deep personal stake in their projects, and a manager, who is more concerned with meeting deadlines, evaluating contingencies, and handling resources. “I don’t complicate my life with financial reports,” Branson once famously said, admitting he didn’t know the difference between net and gross profit. It is said of Musk that he isn’t motivated by money, but by ideas.

Another characteristic of these kinds of entrepreneurs is their restlessness, their determination, and even their obsession with getting a project off the ground. They are perfectionists, and have a seemingly limitless capacity for work. Branson’s passion for aviation and space travel led him to sell Virgin Records, the label he had founded with three friends in 1972 at the age of 22, and which had made his fortune in order to keep Virgin Atlantic in the air at a time when it faced unfair competition from British Airways, along with soaring fuel costs.

Musk, who works a 100-hour week, spent most of his fortune on SpaceX and Tesla, a move considered at best risky, and by some to reflect questionable sanity. (5)

Entrepreneurs of this caliber are, needless to say, very sure of themselves, but they are also aware of their limitations, which is why they typically surround themselves with the best professionals and highly qualified teams, of whom they then demand the impossible on top of the impossible. Branson hired Burt Rutan, one of the most respected aircraft and rocket designers in the world, to create SpaceShipOne, the first privately funded manned spacecraft, which carried out its first flight in 2004. Musk too knows how to pick the best, and to motivate them to perform beyond the normal.

And while we’re on the subject of entrepreneurs demanding the impossible from their teams, how can we fail to mention Steve Jobs? Bud Tribble, Apple’s chief software engineer, describes how Jobs would create a “reality distortion field”, a term taken from Star Trek: “In his presence, reality is malleable. He can convince anyone of practically anything. It wears off when he is not around, but it makes it hard to have realistic schedules”. (6) Jobs’ intransigence had a very simple goal: to get his people to produce the best possible product, and sometimes that meant meeting deadlines that seemed impossible, or checking and rechecking information and data in pursuit of perfection.

In the absence of scientific proof of the presence of DRD4-7R in our DNA, but in a world in which entrepreneurial skills are more necessary than ever, below are a few takeaways that might even shape our genes, and who knows, help us to boldly go…

- We might ask ourselves what our childhood dream was, and what would we do with our lives if we had the money and the opportunity?

- We need to surround ourselves with the best talent, with people who know how to do the things we can’t, and who can get them done.

- We need to be determined, without rushing, but without respite, until we reach our goal. There is no point looking for shortcuts or losing hope when things take longer than we thought they would. That said, a certain degree of impatience is also necessary if we aren’t to waste our time.

- We should focus more on strategy, on products and services, thinking always of the client rather than just financial questions. At the same time, it’s a good idea to look for the best managers to look out for the health of our financial results.

- Look to the future by keeping up to date on what is going on in our sector, using the new solutions that technology can provide, as well as learning from disruptive competitors. At the same time, we can gain inspiration from the humanities, from literature.

A final reason why we shouldn’t believe that our entrepreneurial abilities are not rooted solely in our genetic makeup: by reading the biographies of the men and women who have taken risks and achieved great things, we can learn from their behavior, we can imitate them, and in so doing reach for the stars in our own way.

(2) David Dobbs, Restless Genes: The compulsion to see what lies beyond that far ridge or that ocean—or this planet—is a defining part of human identity and success. National Geographic, January 2013

Related Links
From LinkedIn: How to Become a Space Entrepreneur